On Day 5, the men’s Australian and Canadian sides will look to keep up their undefeated run to finish top of their groups. 03 Sep 2012
Imagen 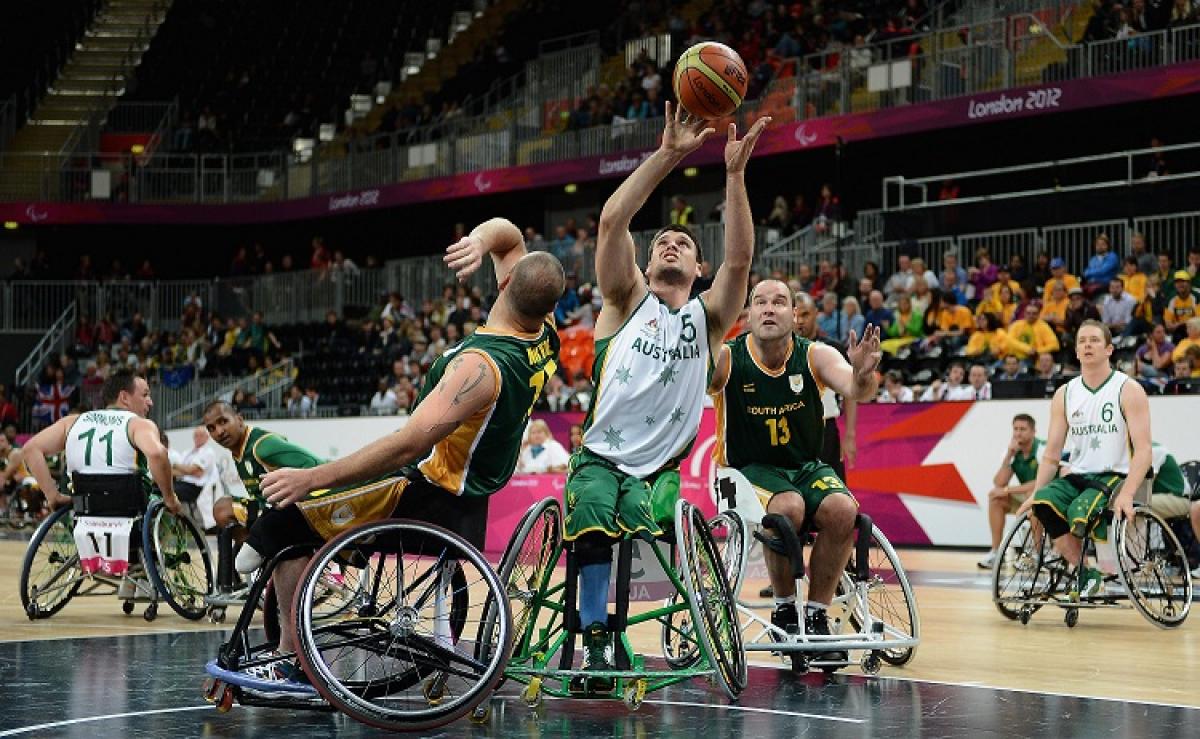 Reigning Paralympic gold medallists, Australia has dominated pool A of the wheelchair basketball tournament in the London 2012 Paralympic Games.

In the men's competition, Canada have notched up four straight wins in group B and take to the court against a Colombian side that has failed to pick up a single win.

Reigning Paralympic gold medallists Australia have dominated pool A and are expected to keep up their impressive form as they meet Italy.

Sitting in fifth place, the Italian side looks to be exiting the competition early, as they have only been able to record one win so far, which was a 61-32 victory over South Africa.

Australian player Brad Ness believes his side should not get complacent.

He said: "You've got to respect your opposition whether it is South Africa, USA or Italy.”

“They haven't had the best of tournaments so they're going to come out and try to get a win, our job is not to let them."

Also in pool A, surprise package Turkey will be looking to cement their place in the next round of the tournament with a win over bottom placed South Africa.

Both Spain and the USA look certain to qualify on the points they have already acquired but they will fight it out to see who finishes in second place of the group.

In group B, Canada have notched up four straight wins and take to the court against a Colombian side that has failed to pick up a single win.

Great Britain will be looking to build upon their impressive victory over Poland as they take on a Japanese team that has struggled so far in London.

The other game in group B will see a strong German side aim to bounce back after their 73-66 defeat to Canada, as they meet Poland in which should a high scoring match-up.

In the women’s competition, other teams in group A will be hoping to follow Australia through to the quarter-finals, as they have already qualified after picking up seven points in four games.

Great Britain need a win against Canada to ensure that they will not be going home early, but the Canadian side has shown glimpses that they can be a dangerous side after picking up a win against reigning bronze medallists Australia, 57-50.

In the last group A game, second place Netherlands will be looking for their third win of the competition as they take on bottom placed Brazil.

The Netherlands coach Gertjan van der Linden, believes his side can shake off their defeat to Australia, which finished 58-49.

He said: "We will play Brazil and we’ll see who is coming after that in the quarterfinal.”

“Tomorrow is a new game, zero-zero."

With all four quarterfinal places decided in group B, it is a fight for overall standings, with leaders Germany expected to continue their impressive unbeaten run against Mexico.

Also, China and the USA will play each other for the right to finish second place, with the current gold medal holders, USA, expected to prove too powerful for the Chinese outfit.