Rising star Erin Latimer has been nominated to the Canadian team that will compete at March’s Sochi 2014 Paralympic Winter Games, Alpine Canada and the Canadian Paralympic Committee have announced. 21 Feb 2014
Imagen 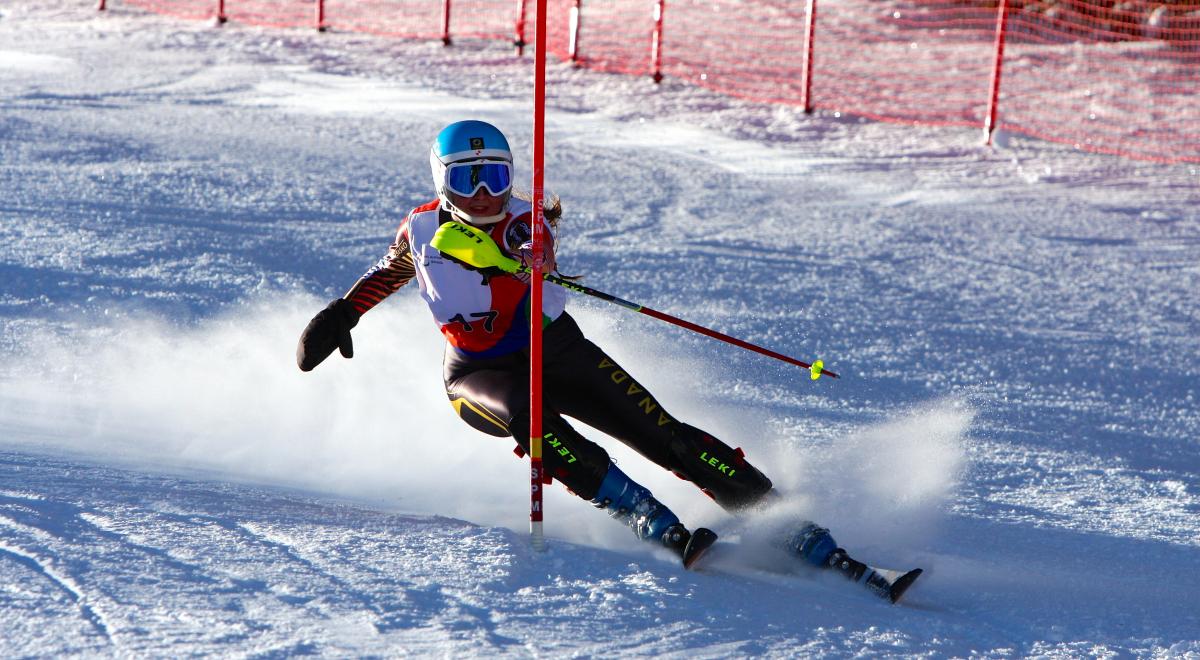 “Erin is a bright young star who exemplifies the next generation of Canadian Paralympic skiers,”

Latimer, of Toronto joins the roster of 13 para-alpine skiers who were nominated on 21 January, rounding out a strong Canadian contingent that is a talented mix of Paralympic veterans and up-and-coming athletes.

At 17, Latimer is one of the youngest skiers on the Canadian Para-Alpine Team competing at her first Paralympic Games. An arm amputee, Latimer grew up competing in able-bodied racing and was only introduced to para-alpine in 2012, but has been a quick study; in 2012-13, her first season competing at the World Cup level, Latimer earned six top 10 finishes.

In Sochi, she will compete in super-G, giant slalom and slalom.

“It’s going to be an amazing experience to represent Canada in Sochi,” Latimer said after learning of her nomination to the team. “When I was given the Team Canada jacket I was anticipating what it is going to be like walking through the opening ceremonies. A lot of people my age don’t get an experience like this.”

“Erin is a bright young star who exemplifies the next generation of Canadian Paralympic skiers,” added Team Canada Chef de Mission Ozzie Sawicki. “Her natural talent makes her one to watch heading forward.”

As a rising star athlete, Latimer is hungry to gain valuable experience on the world stage.

“My goal is to ski the best I can ski,” she said. “I can really push myself to get the experience for the 2018 Games.”

Brianne Law, athletic director of the para-alpine program at Alpine Canada, said Latimer is one to watch.

“In her first year on the World Cup circuit, Erin has really excelled to earn this spot on the Paralympic roster,” said Law. “I am confident she will make her country proud. The valuable experience she will gain in Sochi will no doubt make her a threat at the 2018 Paralympic Games in PyeongChang.”

The Sochi 2014 Paralympic Winter Games will take place from 7-16 March. Para-alpine racing in Sochi begins on March 8 with men's and women's downhill. The team will also compete in super-G, super combined, slalom and giant slalom.

With a goal of placing in the top three nations in the gold medal count, Canada will send approximately 50 athletes to compete in ice sledge hockey, wheelchair curling, cross-country skiing, biathlon, para-alpine skiing and para-snowboard.