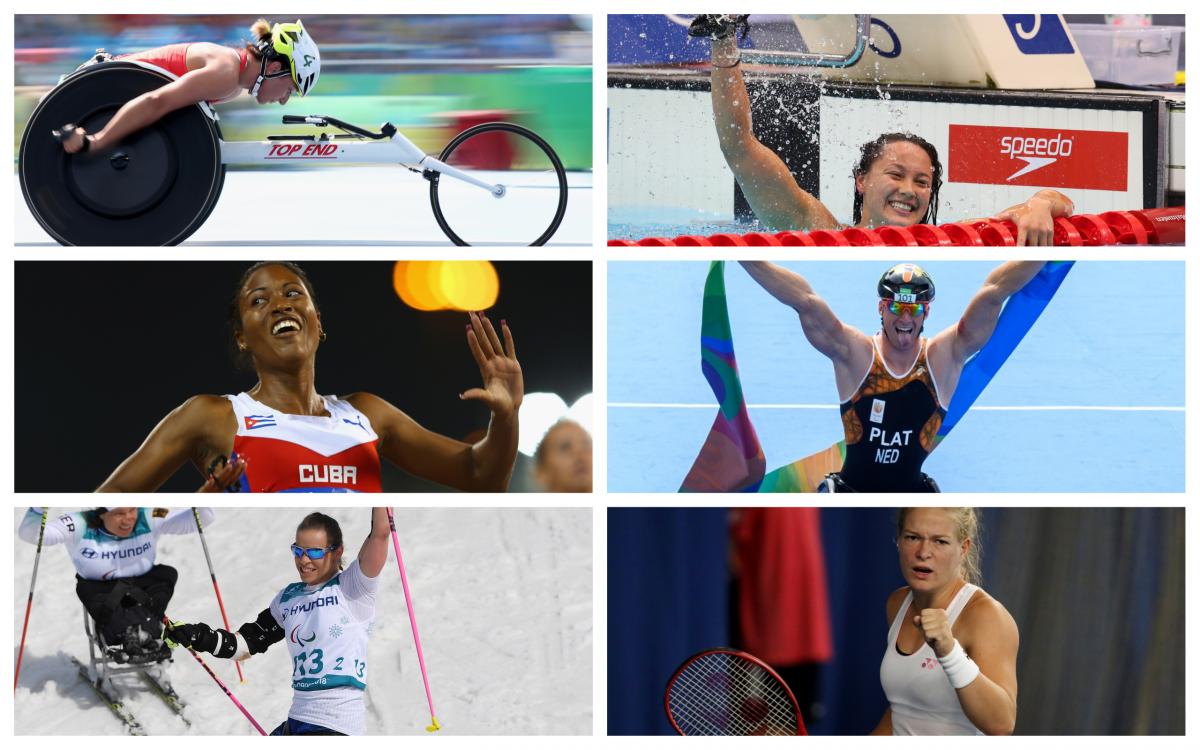 Six of the world's best Para athletes have been nominated for the 2020 Laureus World Sports Awards in the Sportsperson of the Year with a Disability category.

The winner will be announced at the Laureus Awards Ceremony in Berlin, Germany, on 17 February.

At 20, she was the outstanding woman at the 2019 World Championships in London, winning seven gold medals, five in individual events, including a world record in the 100 metres backstroke S8. She also won the overall World Series.

Won three of the women’s singles Grand Slam titles in 2019, only losing in the final at Wimbledon. Her win in the French Open enabled her to complete the career Grand Slam of all four titles. During the year she also won all four doubles titles with compatriot Aniek van Koot.

Was unbeaten throughout the year in the World Marathon Major Series, winning in Tokyo, Boston, London, Berlin, Chicago and New York. She also set a new world record of 1:41.47 in the 800m T54 in Nottwil, Switzerland.

Had a superb 2019, winning five gold medals and a silver at the World Para Nordic Skiing Championships, plus the cross-country overall World Cup title. Also won silver medals in the road race and time trial H5 at the Para Cycling Road World Championships.

The T12 sprinter confirmed her status as the world’s fastest female Paralympian in 2019. She extended her winning streak by claiming a hat-trick of titles in the women’s 100, 200 and 400 metres, both at the Parapan American Games in Lima and the World Championships in Dubai.

More information on the 2020 Laureus World Sports Awards can be found at the Laureus website.