Regardless of the outcome of the tragic Oscar Pistorius case, IPC President Sir Philip Craven says the Paralympic Movement will continue to grow on a daily basis. 19 Feb 2013 By IPC

The profile of our athletes has never been higher, nor has the demand to watch Paralympic Sport. Research by LOCOG post London 2012 showed the public’s awareness of the leading athletes tripled during the Games.

On Thursday morning we all woke up to terribly tragic news; news we did not think was possible, and news at first we did not want to hear, believe, or start to comprehend. It was the world’s biggest news story of the day and unfortunately it involved one of our leading athletes.

My personal reaction was one of total shock and disbelief, followed by deep sympathy and condolences for the family of Reeva Steenkamp, who has tragically lost her life.

As you can imagine the IPC was inundated with multiple media inquiries on this story. When any athlete is involved in a high profile incident it is often the governing body who is asked to comment and on Thursday we were no different.

For many of us at the IPC, Thursday was a hugely difficult and traumatic day. Some of us have worked with Oscar for a number of years now and have grown to know him personally. So to be faced with multiple questions about the story was very testing for all involved. This is why we issued the following statement to the world’s media:

“Following the news of the alleged shooting incident involving South African athlete Oscar Pistorius this morning, the International Paralympic Committee (IPC) will not be passing any comment on the case at this time.

“This is a police matter, with a formal investigation currently underway. Therefore it would be inappropriate for the IPC to comment on this incident until the official police process has concluded.

“The IPC would like to offer its deepest sympathy and condolences to all families involved in this case.”

We must all remember that this is a police case and we have to remain impartial at all times. The South African law courts will decide Oscar’s fate over the coming months and only then will the full story of what actually happened emerge.

At the IPC however, we can decide what happens next in terms of the Paralympic Movement.

Over the coming days we will be conducting a number of interviews with leading media organisations with the objective of showing to the world that we boast a wealth of high profile athletes who can, and will, continue to captivate the world’s media attention and inspire and excite the world helping to fulfil the IPC’s vision. We also have a number of high profile events coming up that will build on the momentum of London 2012.

London 2012 did not just inspire a generation, but created a whole host of young world class medal winning athletes. In track and field for example the likes of Britain’s Jonnie Peacock, the Netherlands’ Marlou van Rhijn, Brazil’s Alan Oliveira and Namibia’s Johanna Benson to name just a few, all have the ability to propel the Paralympic Movement to new levels.

The profile of our athletes has never been higher, nor has the demand to watch Paralympic Sport. Research by LOCOG post London 2012 showed the public’s awareness of the leading athletes tripled during the Games.

Together it is our job to continue building this profile regardless of the outcome of this terrible case.

I will finish by restating the fact that I wanted to make contact with all of you and share the roller coaster of emotion that we have all felt since early Thursday morning last week.

Kind regards and greetings from La Molina, Spain where I am eagerly awaiting the start of the 2013 IPC Alpine Skiing World Championships. 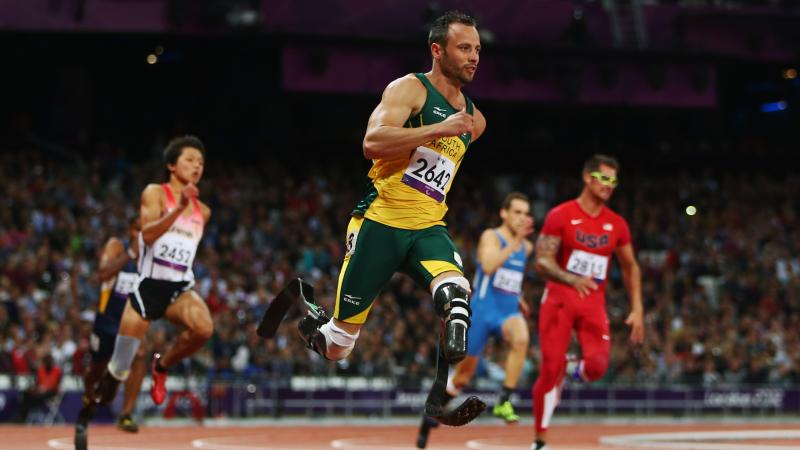