All the matchups have been decided for the boccia finals after a thrilling Day 9 of competition at London 2012. 07 Sep 2012
Imagen 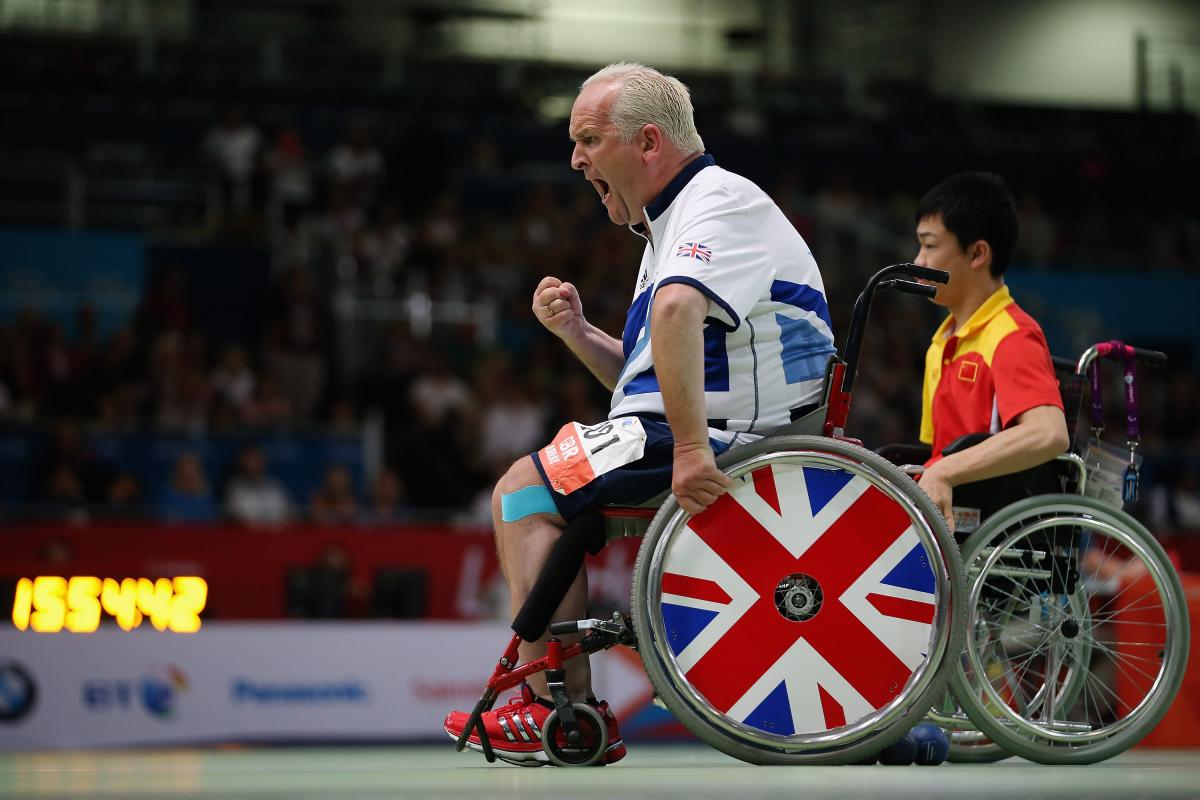 Nigel Murray celebrates during the boccia competition on Day 9 of London 2012.

“I'm here to play a boccia match. I like to score points."

Korea can secure a clean sweep of the medals in the BC3 category of the Boccia competition after the lineups for the finals were decided on Friday (7 September).

Five different nations, including Brazil, Great Britain and China will also go for gold as the tournament concludes at the ExCeL.

In what could be a truly memorable day for the Korean team, Ye-Jin Choi faces compatriot Ho-Won Jeong to decide who wins gold and silver in the BC3, while Han-Soo Kim plays Jose Macedo of Portugal for bronze. Jeong was taken to a tie-break by Macedo in the semi-final, but Choi had it slightly easier and was delighted with her performance, comfortably beating Kim.

“I feel like I am flying in the sky,” said the 8-0 victor after the match. “I've played him a number of times before in Korea and I've won 80 per cent of the matches - I'm calmer during the game.”

Brazil will tackle China for gold in both the BC2 and BC4 finals, with Yuansen Zheng versus Dirceu Pinto in the latter looking particularly tasty. The Chinese player thrashed Great Britain’s Stephen McGuire,12-0, in the semi-final, while Pinto beat his mixed pairs partner and fellow gold medallist from earlier in the week, Eliseu dos Santos.

Zheng confessed his surprise at making the final, but feels he is getting the benefit of all the preparation he put in for the Games.

“I wasn't expecting to win but now I am thinking that I may actually be able to win a medal,” he said. “I worked harder at training than a lot of other people.”

In the BC2 final, Zhiqiang Yan will attempt to beat Maciel Sousa Santos, after they saw off So-Yeong Jeong of Korea and Kai Zhong of China who will now fight it out for bronze.

There was better news for the host nation with David Smith making the BC1 final where he will play Pattaya Tadtong from Thailand. The Swansea-based athlete won bronze in the team event and is now guaranteed at least silver in the individual competition. He attacked throughout his game against Norway’s Roger Aandalen and gave an insight into his mentality in post-match interviews, revealing he went for a higher score in the final end despite having already clinched the victory.

“I don't like to not go for it,” he explained. “I'm here to play a boccia match. I like to score points."

Aandalen, who won Paralympic silver in 2004, and Jose Chagas de Oliveira of Brazil will scrap for the bronze after they both lost 5-2 in the semi-finals.

Earlier in the day, Great Britain’s Nigel Murray finished seventh in the BC2 and Greg Polychronidis of Greece placed fifth in the BC3. The pair were involved in the fifth to eighth place playoffs, despite being among the pre-tournament favourites in their individual categories, after losing in the quarter-finals on Thursday (6 September).

In other matches, Beijing and Athens Paralympic BC1 champion, Joao Fernandes of Portugal, also secured fifth place while silver medallist in the BC4 mixed pairs.