Men's world champions Lithuania will try to continue their superb form in the goalball semifinals at the Copper Box on Day 8. 06 Sep 2012
Imagen 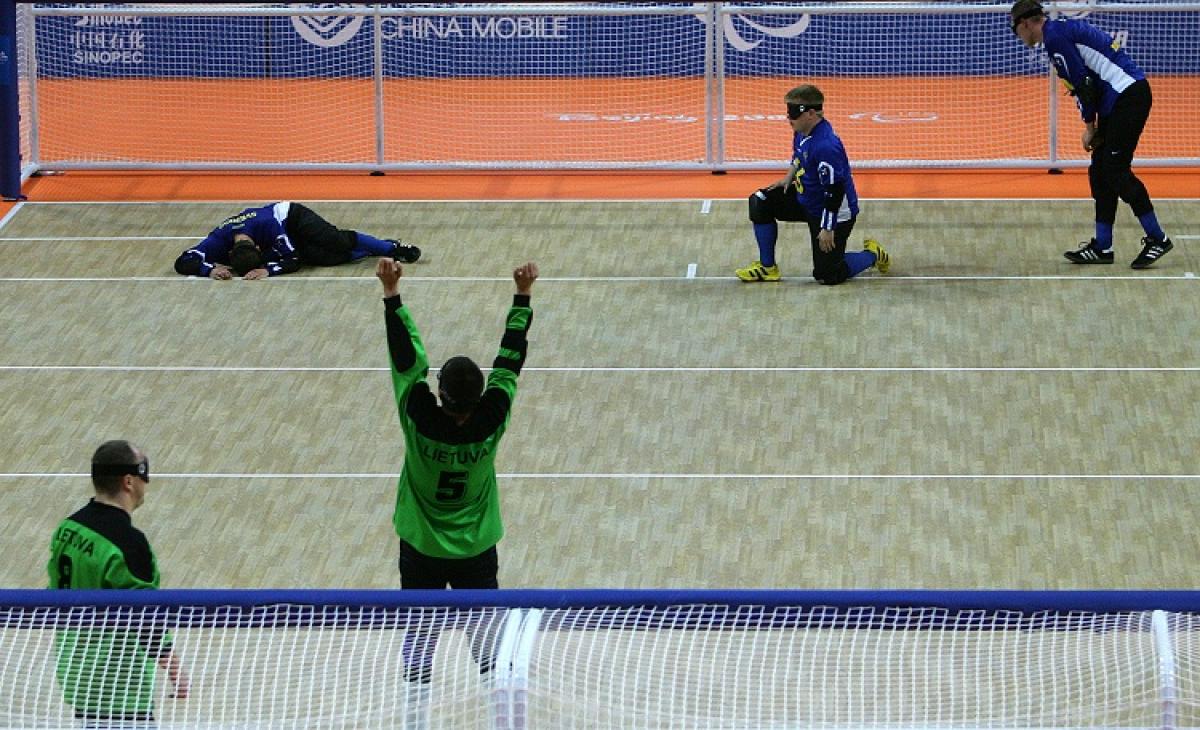 Having thrashed the USA 5-0 in the quarter-finals, China women's goalball team will be full of confidence that they can go the whole way in London.

World champions Lithuania will face Turkey in the last four of the men’s goalball competition on Thursday (6 September).

After storming to victory against the defending Paralympic champions China (winning 12-4) in the quarter-finals, the Lithuanians will now be favourites to take the gold.

Turkey are the only side to have gone unbeaten in the men’s competition so far, and they will be going into the match full of belief on the back of their 3-1 win over Algeria in the last eight.

Huseyin Alkan said: “It doesn't matter who we play. We believe in each other, and with this confidence we will get there (to the final).”

Brazil will meet Finland in the last four of the men’s competition having beaten Belgium 3-0 in the quarter-finals.

Coach Diego Goncalves Colletes is full of confidence heading into the game: “Now it is down to four teams each game is different, but after being able to finish a tough match against Belgium without conceding any goals, we are very confident.”

Akiko Adachi knows the importance of Japan’s resilient defence going into their semi-final clash against China in the women’s goalball on Thursday (6 September).

“Every throw is now important to us,” said Adachi. “We need to do our very best and stay focused. We are hoping to win the gold medal, and that will be our aim, to win the next game.”

Having thrashed the USA 5-0 in the quarter-finals, China will be full of confidence that they can go the whole way in London.

The win against the Americans was a reverse of the 2008 Beijing Paralympics final and justifiably makes China the favourites in the competition now.

Having edged past Great Britain with a dramatic golden goal in the quarter-finals, Sweden now faces Finland in the last four.

Malin Gustavsson scored both of Sweden goals in that match and insists the team will be taking one game at a time.

“We just have to win. All the teams are really tough now. We could go on (and win gold) but it's a long way to go.”

Finland also booked their place in the semi-finals with a golden goal winner against Canada and Katja Heikkinen believes there will be added spice to their last four encounter.

“Sweden is our 'best enemy’,” said Heikkinen. “We have played them many times, in fact we trained together for the Paralympic Games, so we know how each other plays, and it will be tough.”