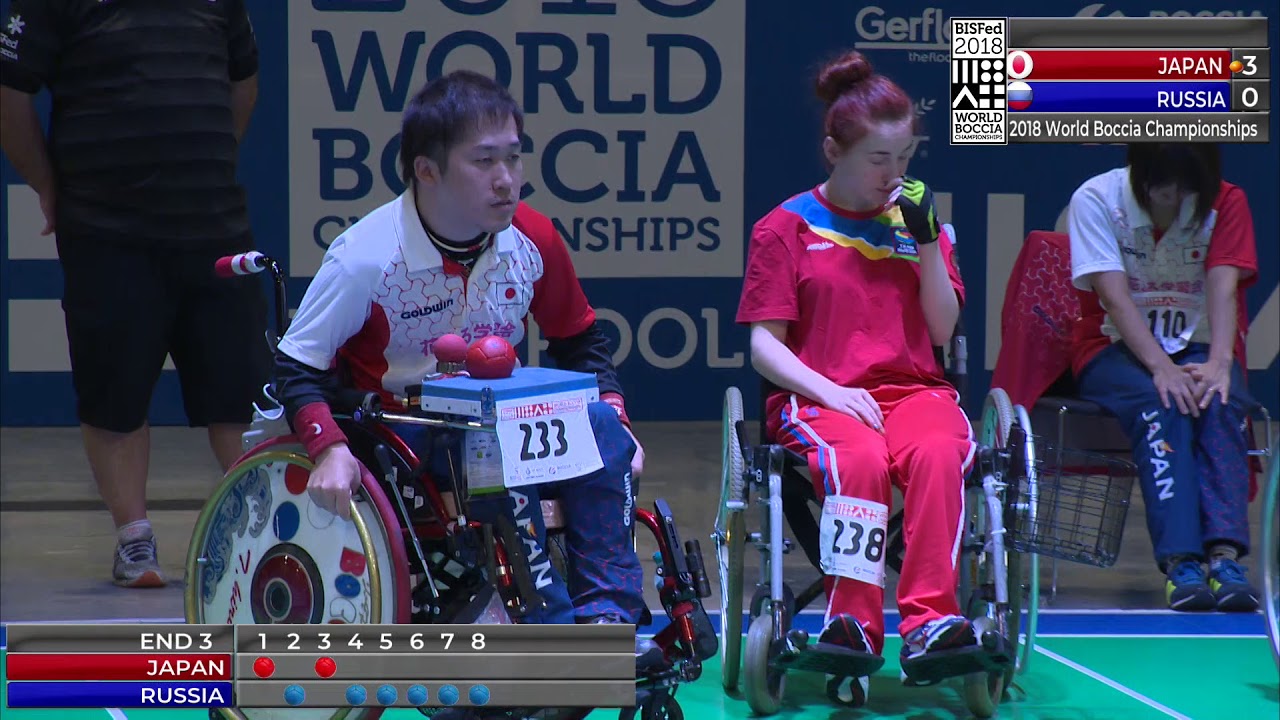 Canada stormed the first day of team and pairs events at the 2018 World Boccia Championships, overcoming world No. 1 Slovakia on Thursday (16 August) in Liverpool, Great Britain.

The world No. 9 started day five by defeating higher-ranked Russia* in the BC4 pairs before upsetting the reigning 2016 Paralympic champions 5-2.

There was more drama in BC4s, with Germany and Great Britain seeing a clash between Boris Nicolai and Stephen McGuire. The last time the two met was in the last 16 stage of the individual competition, with the German forcing McGuire – the gold medal favourite – out of the medal hunt. In the final end of Thursday’s match, the British missed the window to submit a protest and ultimately lost 3-2.

China, ranked No. 10 in the world, caused Slovakia more disappointment in the BC3s with a 6-2 win, while other lower-ranked BC3 pairings enjoyed similar success.

France overcame Brazil’s top-ranked duo with a staggering 9-2 final score. Brazil, who captured Paralympic gold two years ago, were still able to claw a victory over Portugal in their second pool match but only after being pushed to tie-break.

It was a fairly straightforward affair in the BC1/BC2 team event with the expected powerhouses competing true to form.

Great Britain were able to overcome Brazil who are ranked third in the world.

“I was actually really nervous about the crowd being so close in a team event as I am out in the wing box,” said Great Britain’s Claire Taggart. “But it was one of the best experiences I’ve had especially with close friends and family so nearby.”