One year later, Eva Loeffler, daughter of the Paralympic Movement’s founder, reflects on what her father would have thought of London 2012. 31 Aug 2013

“The media still need to be attracted worldwide. People have told me they love to watch the Paralympics. It’s a very emotional thing, watching some of the Paralympians, and I think that is not there as much in the Olympic Games.”

Eva Loeffler has been attending the Paralympic Games since she was born.

“As Mayor of the Paralympic Village, I had an amazing time greeting the athletes from 166 countries to the London Games,” Loeffler said.

“Time and time again, people have told me that they found watching the Paralympics was more exciting than the Olympic Games.”

“To be in the Olympic Stadium and hear the roar of 80,000 people cheering athletes was inspirational. They were cheering sports men and women in their endeavors. The fact that they were disabled was irrelevant.”

That roar evolved over 60 years, from when Guttmann arranged for two patients to compete in a sports event behind Stoke Mandeville Hospital in 1948.

Guttmann, who fled Nazi Germany with his family, passed away in 1980, so the last Games the Paralympic pioneer saw were in Toronto in 1976.

Loeffler said what she believes would have impressed her father the most was the professionalism of the event, mentioning everything from ticket sales and marketing to classification and anti-doping procedures.

“My father would have been thrilled to see the combination of his dreams in the country which gave him refuge in 1939,” she said.

“He was always sure that the Paralympic Games would eventually be held in the same country as the Olympic Games. But he was not alive to see the Games in Sydney, Athens and Beijing, which helped to put athletes with a disability on equal footing.”

As for herself, Loeffler stayed in the Athletes Village for three weeks and was simply impressed by the sheer size of the Games, as well as the facilities and Games Makers.

But the founder’s daughter still noted a couple of areas of the Movement that now need to catch up to the rest.

“The media still need to be attracted worldwide,” Loeffler said. “People have told me they love to watch the Paralympics. It’s a very emotional thing, watching some of the Paralympians, and I think that is not there as much in the Olympic Games.”

And there’s one other area improvement that stuck out.

“I still think there are countries that compete in the Olympic Games but not the Paralympic Games because their people with disabilities are just not looked after,” Loeffler said.

“That’s still what we need to work on in the future.”

Loeffler will be present in Stoke Mandeville on Thursday (29 August) to mark the one-year anniversary of the London 2012 Paralympic Games. A bronze statue of her father will be unveiled just outside the spinal-injuries centre, while the Agitos from the Games will also be moved to the city. 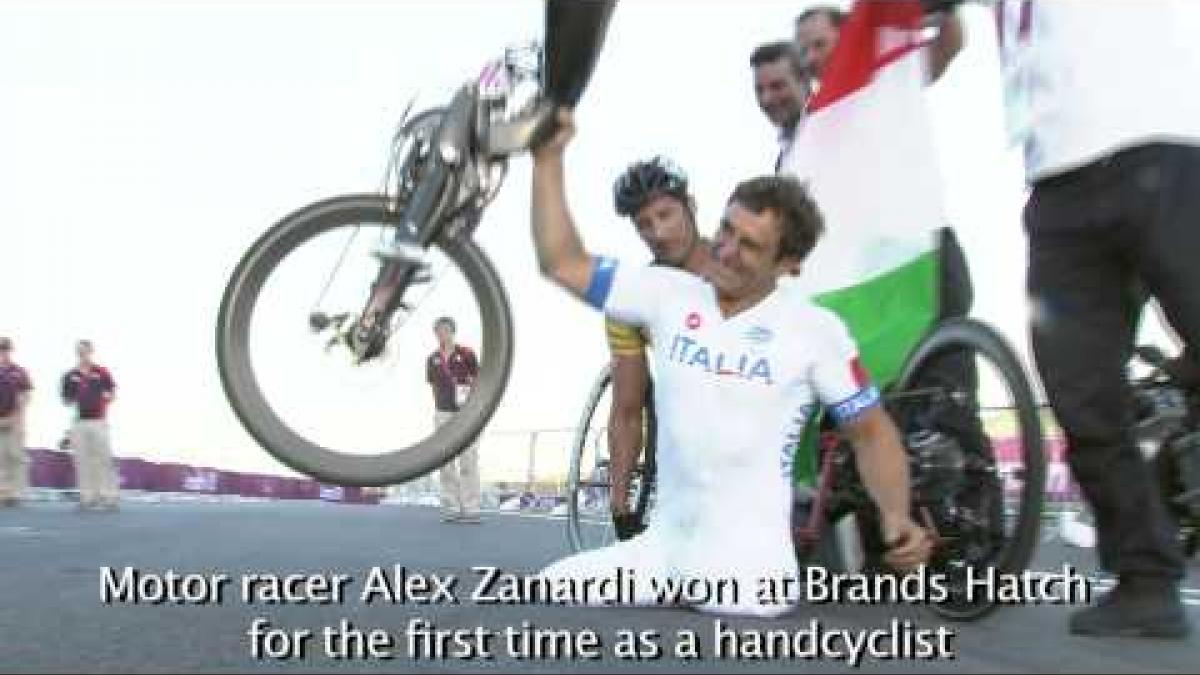