LOCOG searches for more than 2,000 young people from across the UK for volunteer roles 22 Sep 2011
Imagen 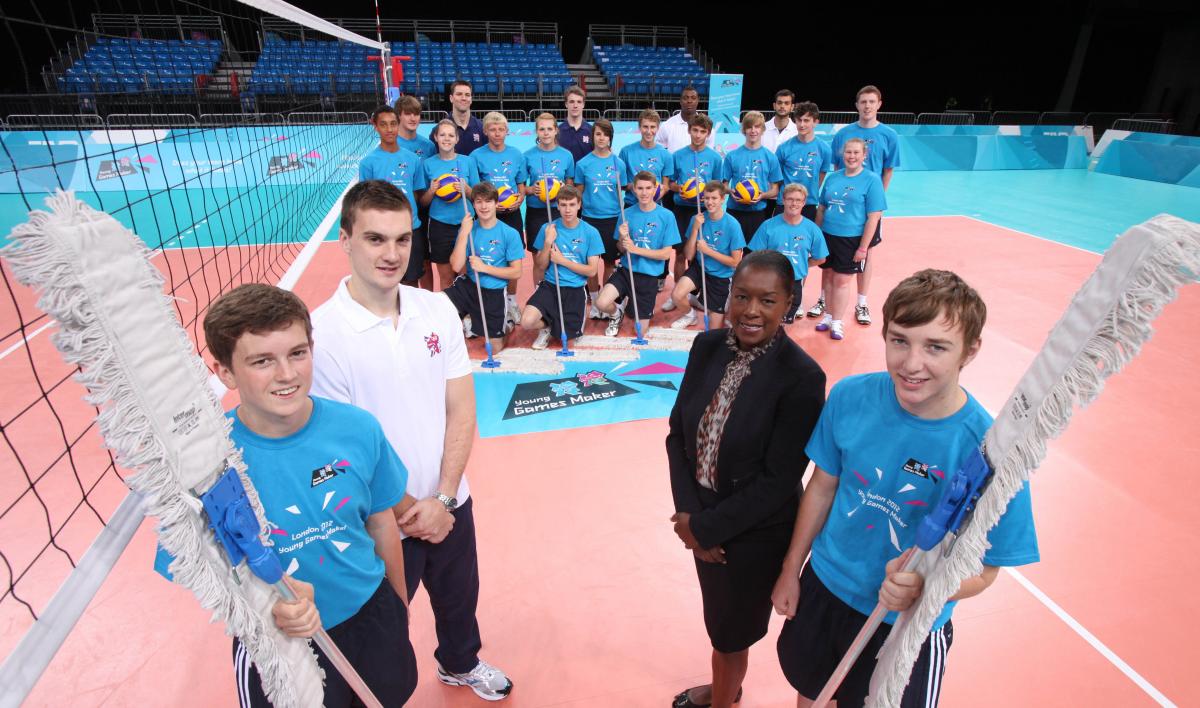 The volunteers at the London 2012 Volleyball Venue

"We are looking for exactly the same qualities in our Young Games Makers as we are with our adult volunteers; they must be the very best team players ready to step forward and give their all to making the Games great."

Today (22 September 2011) the London Organizing Committee of the Olympic Games and Paralympic Games (LOCOG) calls on teams of dedicated and passionate 16 to 18 year olds to begin applying for Young Games Maker roles through the generalist recruitment process.

The search is on for over 2,000 young people from across the UK to take up volunteer roles vital to ensuring the successful delivery of the Games. Approximately 250 teams of young people, who must be aged 16 or over on 1 July 2012 and under 18 on 1 January 2012 will join the adult Games Makers next summer to help stage the London 2012 Olympic and Paralympic Games.

From today, generalist applications are open for roles such as Field of Play Assistants in the Olympic and Paralympic Athletics competition where duties include carrying athletes' kit to and from the field of play and Technology Print Distribution Team Members who will ensure athlete competition results are circulated to those that need them.

Generalist applications can be made from 8 am on 22 September 2011 through the London 2012 website. Having spent the summer carefully considering the roles on offer and what is required, team leaders from organizations such as youth or sports clubs, community and volunteering groups along with schools and colleges who are part of the Get Set Network are invited to apply until midnight on 31 October 2011 by submitting an application for their team at www.london2012.com/young-games-maker

Sebastian Coe, Chair of LOCOG, said: ‘We are looking for exactly the same qualities in our Young Games Makers as we are with our adult volunteers; they must be the very best team players ready to step forward and give their all to making the Games great.

‘In return, these young people will get a once in a lifetime opportunity to play their part in delivering a world class event. The memories and experiences that they will take away with them will last a lifetime, as will the sense of pride and achievement and the friends they will make. As a result, I hope we inspire our Young Games Makers to volunteer or stay involved in sport long after the Games have finished.’

Applications are invited to be made by Team Leaders such as teachers, coaches and youth group leaders, on behalf of their team of young people. Team sizes range from role to role and can vary between two and 18 young people, with a Team Leader on board for every 10 young people.

The team approach will ensure the young people are able to focus on their roles and have a great experience during the Olympic and Paralympic Games, and that LOCOG is best able to fulfil its duty of care commitments to the young people involved.

Erica Chamberlain Team Leader from East London Business Alliance, whose pilot Young Games Maker team volunteered at the Beach Volley Ball test event during the summer, explained: ‘Volunteering at the Beach Volley Ball event was an incredible experience for our young people. To be sharing the stage with world class athletes and knowing that our team were vital to the smooth running of the sport was such an honour and left everyone with a real sense of achievement.

‘Volunteering can have such a positive impact on a young person and we have seen for ourselves how our young people have thrived as a result. They have grown in confidence; bonded as a team, having never worked together before and are motivated to find further opportunities to volunteer. There was such a buzz of excitement after finishing and now we can’t wait to submit our application for Games time.’

Minister for Sport and the Olympics Hugh Robertson, said: ‘The Young Games Maker programme will give those aged 16 to 18 a fantastic opportunity to play a role in the world’s greatest sporting event and gain worthwhile experience in volunteering. I would encourage everyone to get involved and gain a valuable addition to their CV.’

Once applications have closed, successful teams will be invited to a team selection event which will incorporate Team Leader interviews to be held between November 2011 and February 2012. Teams will be put through a series of skills-based tests to demonstrate their ability to perform and show they have what it takes.

Schools and colleges wishing to submit a team application for any Young Games Maker role will need to be a member of the Get Set network. Find out more about the programme that recognizes and rewards schools and colleges for the work they have done around the Olympic and Paralympic Values at www.london2012.com/getset

Since 25 July 2011, specialist recruitment has been underway for Young Games Maker team roles being appointed direct through partners such as National Governing Bodies of Sport. Roles being recruited through these channels include those for sports such as Cycling, Triathlon and Judo where the roles require a high level of sport specific skills, a large training commitment or only a small number of Young Games Makers are required.

The Young Games Maker programme supports LOCOG’s commitment to inspire young people to choose sport and leave a volunteering legacy. The programme will allow young people already involved in sport to experience sport at its highest level and explore opportunities that exist outside competition; whilst encouraging those not necessarily involved in sport now to participate and develop their skills.