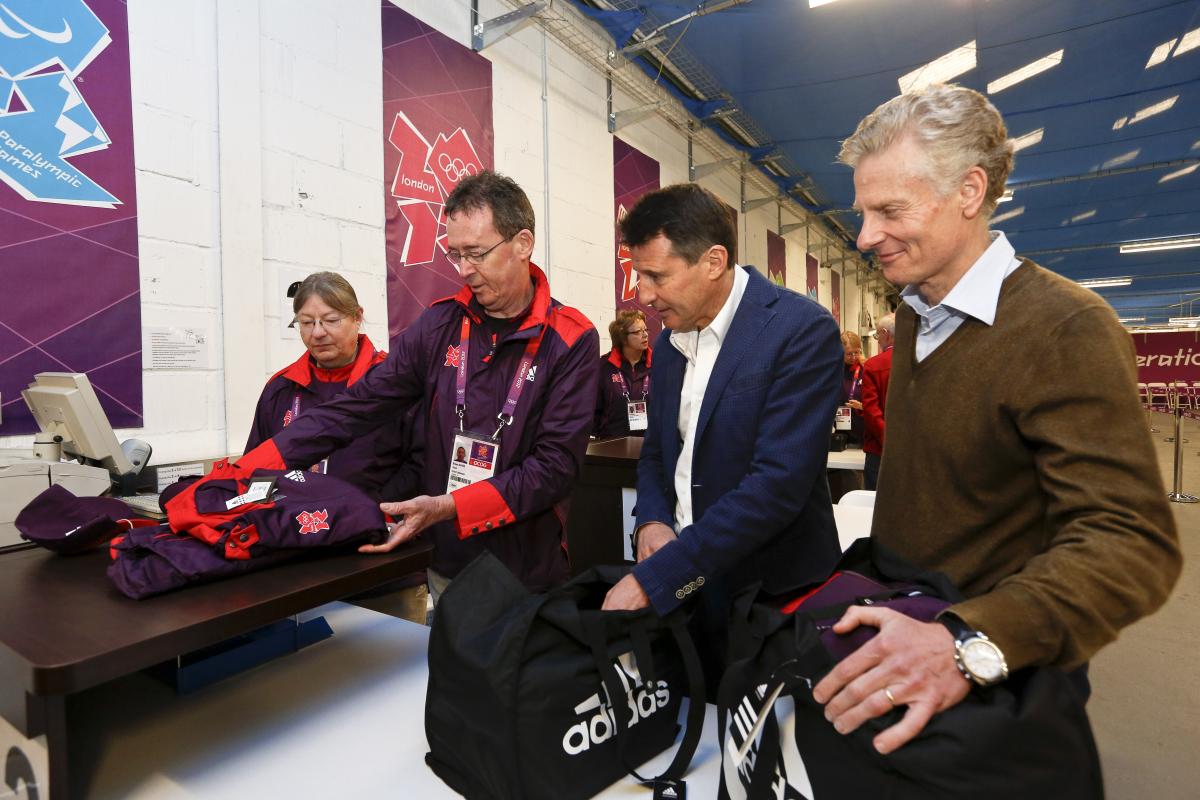 LOCOG Chair Seb Coe and LOCOG Chief Executive Paul Deighton have officially launched the London 2012 Uniform Distribution and Accreditation Centre (UDAC) in east London, and were amongst the first to collect their Games time uniform with Games Makers.

The UDAC is the first fully operational London 2012 Games time venue to open. It will be the main base for accreditation and uniform distribution for up to 70,000 Games Makers who will volunteer at London 2012, along with up paid staff and contractors. The centre will also supply uniforms to LOCOG staff, Technical Officials and eligible contractors.

The UDAC can process around 280 people an hour for uniform collection and up to 800 an hour for accreditation only. Additional uniform distribution centres will open in Weymouth and Portland, Manchester, Cardiff, Newcastle, Glasgow and Coventry for Games Makers and staff working at 2012 Games venues outside of London.

All those picking up their uniform will go through several stages in the UDAC including documentation check, photos, picking up accreditation, uniform check-in area, fitting area, collection area and check-out area.

UDAC is equipped with 70 fitting rooms and a staff of 525 people (343 of whom are volunteers).

Uniforms for LOCOG staff, Games Makers, Technical Officials and eligible contractors are collectively made up of

LOCOG Chair Seb Coe said “It’s a proud moment to be here alongside our fantastic Games Makers picking up our Games uniforms and accreditation. The Games are almost upon us and our Games Makers will be front and centre of the welcome we give the world.”

Worldwide Olympic Partner McDonald’s is the Presenting Partner of the Games Maker volunteer programme. McDonald’s has used its nationwide presence to help attract candidates for the diverse team that will be needed to make the London 2012 Games a success. The LOCOG Volunteer team held training sessions for many of the volunteers conducting interviews at the world-class training facilities at McDonald’s head office in East Finchley, London and the restaurant chain will also be helping to facilitate the training of the volunteers in the run up to Games time.

Cadbury is an Official Supporter of the London 2012 Games Maker programme and will help LOCOG build great Games Maker teams through fun and friendly game play delivered by programmes such as the Spots v Stripes campaign.