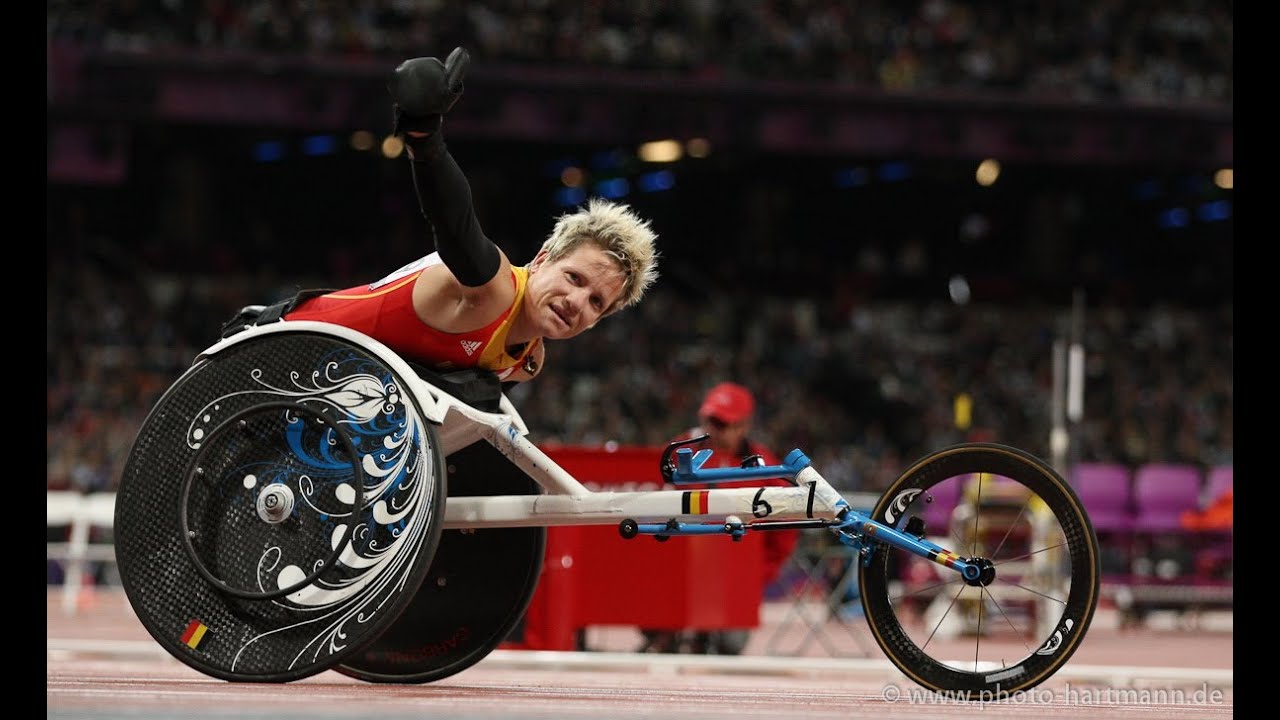 This trophy means the world to me.

On Sunday (16 December) in front of a studio audience full of elite athletes and an astonishing 1.2 million viewers at home, double Paralympic medalist Marieke Vervoort (a T52 wheelchair racer), took home the most prestigious Belgian Paralympic Athlete of the Year Award.

She received the award, which is bestowed by the Belgian sports journalists, from the hands of one of Belgium’s sport icons, Kim Clijsters, who herself won the trophy of sports woman of the year eight times during her career.

The award is based on the vote of the Belgian sports press. After the first round, 3 athletes were still on the short list: Michèle George (para-equestrian Grade IV – double gold), Marieke Vervoort (athletics – gold in 100m ; silver in 200m) and Wim Decleir (paracycling – bronze road race H4). It was a head-to-head race between George and Vervoort, but in the end the latter won the hearts of the journalists.

“This trophy means the world to me… It is by far the nicest way to receive recognition for the way I try to put my heart and soul into my sport,” she said upon receiving the award.

“It is great to see my name being added to the list of awardees. Secretly I hope to do like Kim and win this award several times throughout my career.”