The home team started out slowly and trailed throughout the first quarter. But they came out fighting in the second quarter and took the lead in the first two minutes. Terry Bywater had a great second quarter putting 12 points on the board to add to his overall top scorer tally of 17. GB finished the first half with an eight point lead over the Brazilian team.

The Brazilians looked like they were going to take control again in the third quarter, creeping back up to within three points on the scoreboard, but GB dug in and put another ten points between them with Highcock performing well both offensively and defensively.

Terry Bywater said, “I’m happy with the result, it was a typical ‘English Bulldog’ performance. We knew we had to come out of this game with a medal and we didn’t want to let the fans down and we showed what the British team is all about.”

GB then dominated and ran away in the fourth quarter, increasing their lead by over 20 points as the Brazilians looked tired and GB defended well. The last minutes also saw 16-year-old Harry Brown score his first international basket for GB, to rapturous applause as the bronze was secured.

The result came after Canada were crowned men’s Wheelchair Basketball champions of the BT Paralympic World Cup when they beat France 56-46.

Patrick Anderson was once again outstanding for the Canadians, as they led from the start and while they never put together a game-destroying run they did enjoy a 19-point lead during the third period.

As they had been in their game against Brazil yesterday, France were let down by the accuracy of their shooting but Canada’s continuous hustle throughout the game cannot be discounted as a key factor to their win.

Earlier, GB women won the BT Paralympic World Cup title with victory over Germany. The result was swiftly followed by Japan beating Canada to complete the women’s competition, in a match they finished 55-44.

Today’s results saw the first team points being posted towards the overall BT Paralympic World Cup trophy, being competed for across Wheelchair Basketball, Athletics and Swimming.

With the men’s and women’s results counting as one score, GB and Europe are tied at the top of the table on 30 points, followed by the Americas on 25 points and defending champions the Rest of the World with 15 points.

Elsewhere, the Great Britain team were victorious as Boccia made its debut in an exhibition match at the BT Paralympic World Cup.

With the World Cup in Belfast in August the game served as both an exhibition match to demonstrate the sport to a new audience, but more importantly was crucial to their preparations.

Britain, the Beijing 2008 Paralympic gold medallists, got off to a slow start but eventually overwhelmed Ireland 10-1.

Day five will see Athletics held outside at the Manchester Regional Arena, with British interest represented by stars including BT Ambassador Nathan Stephens, Libby Clegg, Aled Davies and Ian Jones, with Oscar Pistorius competing for the Rest of the World team. 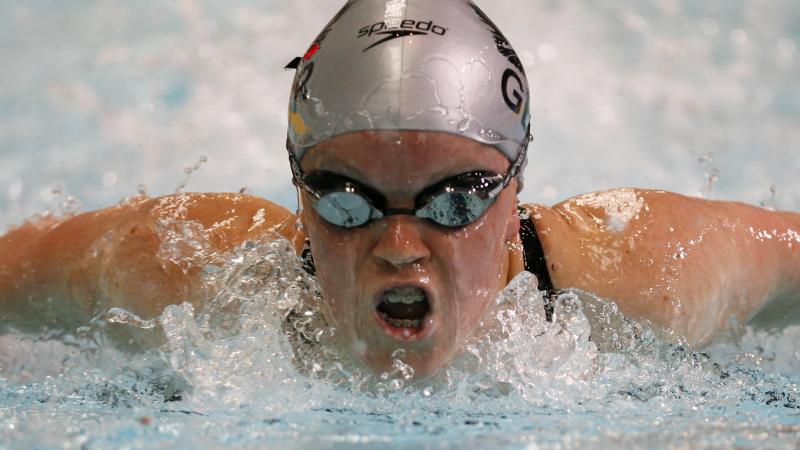