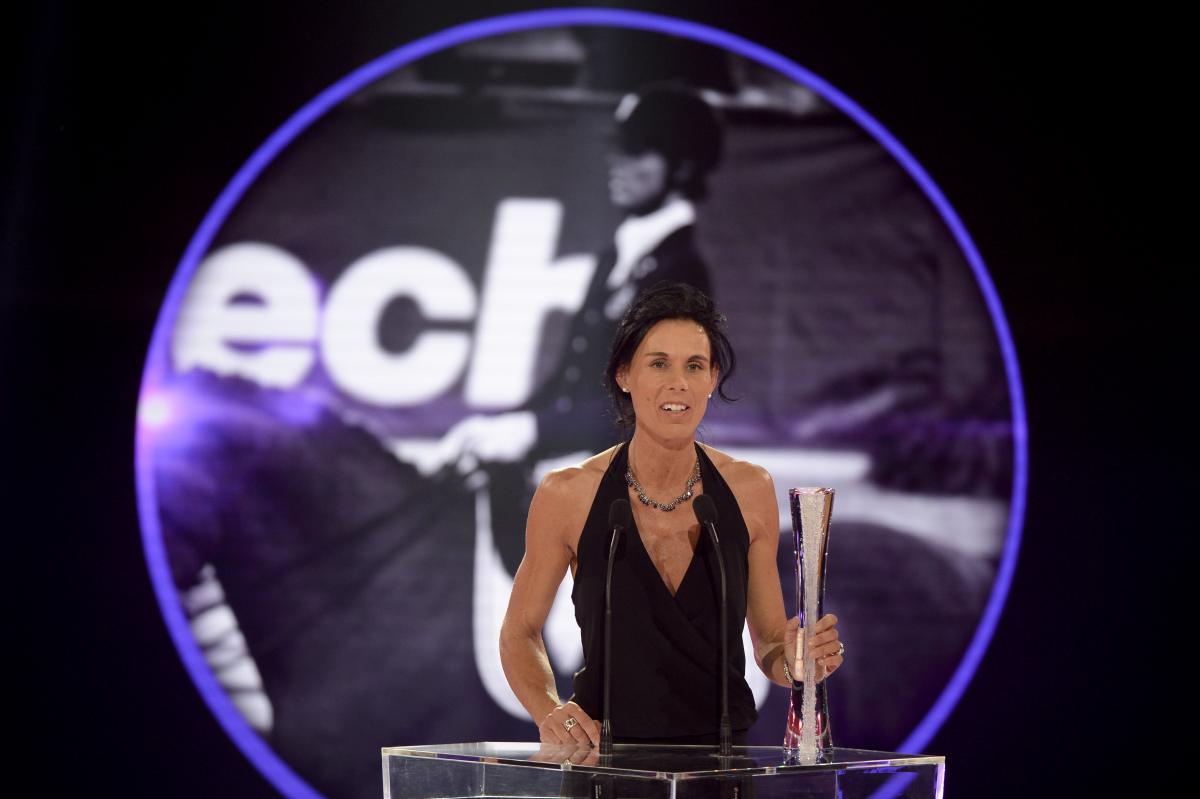 Michele George, winner of the Belgian Paralympian of the Year 2014.

Michele George, the double world champion in para-dressage, was named Paralympian of the Year for 2014 on Sunday (14 December) at Belgium’s prestigious Gala Plopsatheater De Panne, an event which recognises the best athletics performances of the year.

She succeeds Joachim Gerard, the wheelchair tennis player, who won the 2013 accolade, and joins the list of previous winners which includes wheelchair racer Marieke Vervoort.

Nominated in 2012 for the award after winning two Paralympic golds at London 2012, George was delighted to be finally named the winner.

"The London Games were so successful that I wondered if I could accomplish even more success in the future. This year I was able to confirm the results and prove that they were not due to chance," said George who said she would show the trophy she was awarded to her horse Rainman.