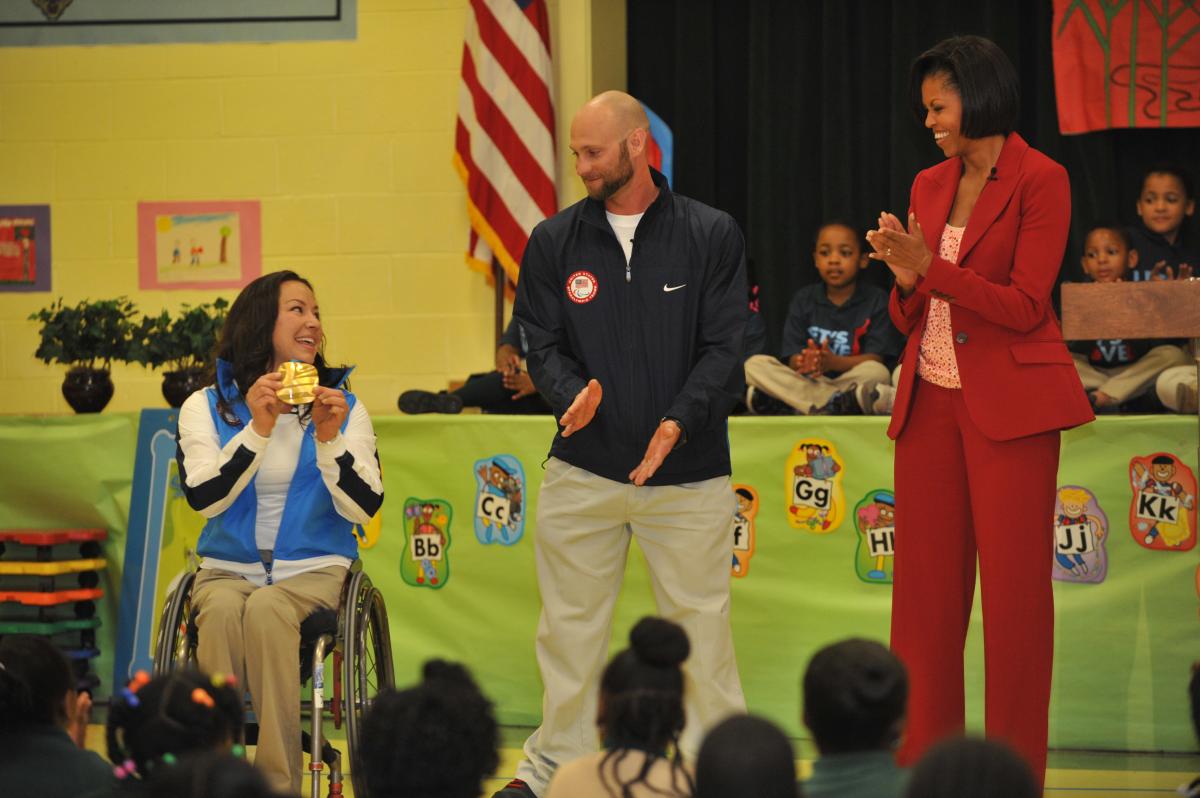 "Being able to attend in this manner and being able to represent all of the men and women still in the military and our veterans is a huge honour."

First lady Michelle Obama will deliver the remarks during the Opening Ceremony of the 2012 Warrior Games, U.S. Paralympics announced on Wednesday (25 April).

The third edition of the event will be held from 30 April – 5 May in Colorado Springs, drawing more than 200 wounded, ill and injured service members and veterans.

The Warrior Games represent two of Obama’s priorities – supporting the nation’s veterans, service members and military families, as well as getting more children to lead healthy and active lifestyles.

U.S. Army retired First Lieutenant Melissa Stockwell and member of this year’s British Armed Forces team Captain Simon Maxwell have been selected as the honorary torchbearers for the Warrior Games.

Both Stockwell and Maxwell will light the cauldron at the U.S. Olympic Training Centre in Colorado Springs during the Opening Ceremony to officially kick off the event.

Stockwell was the first U.S. female soldier wounded in Iraq. She lost her left leg above the knee after her convoy vehicle was hit by an explosive device in Baghdad in April 2004. She is the current 2012 Para-Triathlon world champion, a title she also held in 2011, and she also competed in Swimming at the Beijing 2008 Paralympic Games.

"Being able to attend in this manner and being able to represent all of the men and women still in the military and our veterans is a huge honour," Stockwell said.

"To be among all my brothers and sisters from the U.S. and the British Armed Forces is humbling. Although we wear a different uniform, we all stand for the same values, and to have the British Forces there really adds to the true camaraderie and energy of the event."

Maxwell will participate in his first competition since losing his leg in a blast in August of last year. He joined the Royal Marines in 2009 and took just 16 months to pass out of training as a Royal Marines Commando Officer.

He was wounded in August 2011 while on patrol after stepping on an explosive device that led to the loss of his left leg below the knee.

"It's an honour to be asked to carry the torch," Maxwell said. "This is a truly special event for injured lads to take part in. I'm really excited about the competition ahead."