When the US Para snowboarder races, he says ‘success seems to follow.’ 24 Jan 2017
Imagen 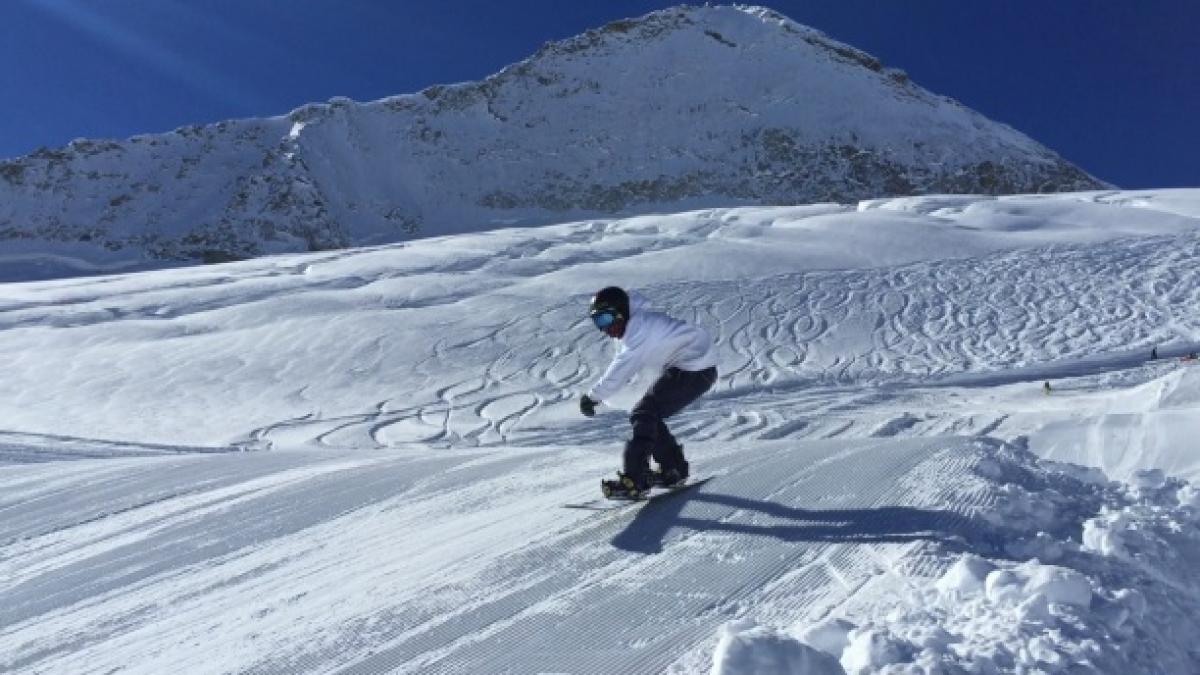 ⒸAdaptive Action Sports
By Giuseppe Di Florio | For the IPC

“I just love to ride my snowboard, I won’t ever let myself treat it any other way."

The USA’s Mike Minor has emerged as a gold medal contender at the upcoming 2017 World Para Snowboard Championships, which start on 1 February in Big White, Canada. While his love for the sport began at a young age, the 26-year-old made his name known in the international scene last season.

In 2015-16, he held on to claim banked slalom World Cup globe in the last race, despite Austrian Patrick Mayrhofer winning the event. The two continue to see tight results this season. At the World Cup in Landgraaf, the Netherlands, Minor finished ahead of Austrian world champion in both men’s banked slalom SB-UL races by a difference of 0.75 and 0.23 seconds, respectively.

“You know, I guess you could say we have a racing rivalry but Patrick is a humble competitor and a great person whom I’ve become quite good friends with,” Minor said. “The racing is always close and that’s what I love about this, you never know who will come out on top.”

The 26-year-old is originally from Leadville, Colorado, known as the highest incorporated city in the USA. There he lives with his girlfriend Candra Castellani and their two dogs, Halo and Dinky. Also known as squirrel or the bowl troll because of his lack of attention span and his way to skate bowls like he lives in them.

Born missing a right forearm, Minor wore a prosthetic until he was five years old. He started skiing at the age of two, and four and a half years later he discovered snowboard. He did not know what it was exactly but he knew he wanted to do it. He begged his parents to get him a board for Christmas and after they did so he got himself to the mountain once a week with his godfather. He got a job building the terrain parks in the mountains and began freestyle riding.

Minor did not compete at the 2015 World Championships in La Molina, Spain. It was only later in 2015 when he saw consistent victories, winning two World Cups in Landgraaf, the Netherlands – both in banked slalom, which appears to be his strongest event.

Minor has not lost a World Para Snowboard competition since the NorAm Cup last March in Copper, USA.

“I just love to ride my snowboard, I won’t ever let myself treat it any other way. I just go [and] have fun and the success seems to follow. It’s been a hard road to get this far and I’m still making a lot of sacrifices, so everything I do with snowboarding has to be from love or it wouldn’t work.”

Looking ahead to Big White 2017, Minor said: “I hope to have fun. It’s another chance for me to ride with my friends, enjoy the event and appreciate where my life is taking me.”

This season is also important to qualify for the PyeongChang 2018 Paralympic Winter Games, which could be Minor’s Paralympic debut.

“I’m going into PyeongChang with no expectations, that way everything is amazing for my first Games experience,” he said.

But do not be mistaken; Minor is not only riding for fun.

“I ride for Drew [Hale, who suffered severe head trauma last year after a fall during training] every day, until he can come ride with me again,” Minor said.

Minor is currently in Lake Tahoe, USA, taking on the NorAm Cup, followed by a World Cup from 24-27 January. They are the last competitions before the 2017 World Para Snowboard Championships, which will feature around 80 athletes from 25 countries.