The British women got their 2011 BT Paralympic World Cup off to a fantastic start with victory over Canada but GB men had a frustrating opener with defeat at the hands of France.

The women had a storming opening game with a 47-43 win over Canada; an important result against a team seeded three places above them in the world rankings.

Helen Freeman was the top scorer of the game by a significant margin with 29 points as the world number six seeded team took down a resilient Canadian squad in the last quarter. It was an evenly matched contest throughout but it was GB’s determination that shone through and the home team go joint top of the table after the first day of the group stages.

Commenting on GB’s dream start Freeman said, “A win against Canada is amazing for us as we haven’t beaten them for a couple of years. It felt great to contribute 29 points to the final score. We are a young team and most of us are preparing for the Junior World Championships coming up so competing at the BT Paralympic World Cup against such a senior team is invaluable to us.”

Head coach Garry Peel was thrilled by the team’s start and has high hopes for the week ahead.

“We were really happy with the performance today. We started off nervous and were struggling to score but the defence were excellent and it was a great performance as the team gained their confidence throughout the match. We were a bit flat last year but the hard work is really paying off and the team is really coming together,” he said.

The GB men’s team were looking to avenge their quarter finals defeat by France at last year’s World Championships but despite a strong start which saw them lead by 16-11 after the first quarter, the French team proved too strong on the opening day and recorded the win by 68-53 points.

High point scorers for GB included Terry Bywater (14 points) and Simon Munn (10 points) and a strong third quarter saw GB’s hopes raised that they could claw back a three point deficit but France’s offence was too strong for the GB defence in the final quarter and GB will now look to secure wins against Canada and Brazil over the coming days.

Munn commented, “The team underperformed today at the BT Paralympic World Cup. We are always building however it is very disappointing that we did not bring the result home that we should have. This is the second time the French team has beaten us and that should not have happened. So hopefully tomorrow will be a better day for the GB team.”

The day began with Germany women dominating their match against Japan, with a final score of 62-46, before the Canadian men made their stake for the BT Paralympic World Cup title with a 55-48 points win. Canada’s Patrick Anderson scored 26 points, having recently returned to international competition ahead of London 2012 following a three year break from the sport after retiring post Beijing 2008.

Day two of the BT Paralympic World Cup will see the Wheelchair Basketball group stages continue, as the Canadian men’s team take on France, followed by GB’s women hoping to continue their winning start against Germany. The afternoon will then see Canada women take on Japan, with the GB men finishing the day in a game they will hope to win against Brazil.

With the team challenge BT Paralympic World Cup trophy on the horizon, Wheelchair Basketball is a crucial start to the competition as GB take on teams from Europe, the Americas and the Rest of the World, the latter defending their title. No points will be posted until finals day on Thursday, with Athletics on Friday and Swimming on Saturday adding to the scores to determine the overall winners.

Elsewhere, one of the most recognisable names in Paralympic sport, ‘blade runner’ Oscar Pistorius warmed up for his Athletics competition on Friday with an exclusive appearance at the Olympic Stadium in London, where he will be aspiring to compete in both the Olympics and Paralympics next year. 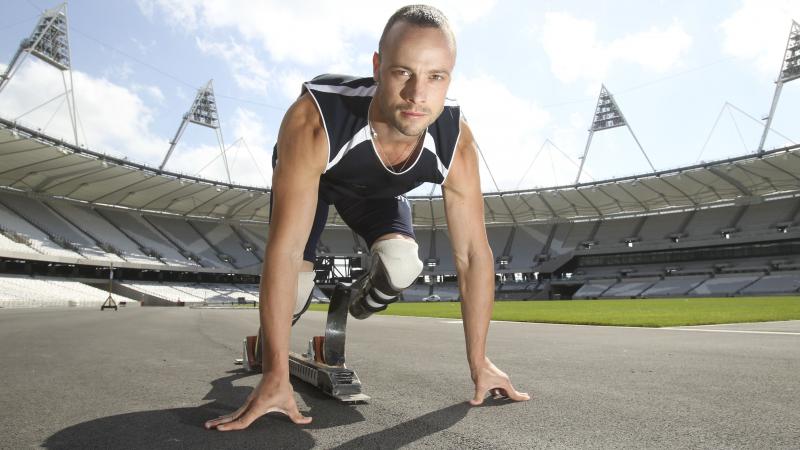 Athletics
Clash of the Titans Showdown Set for Manchester