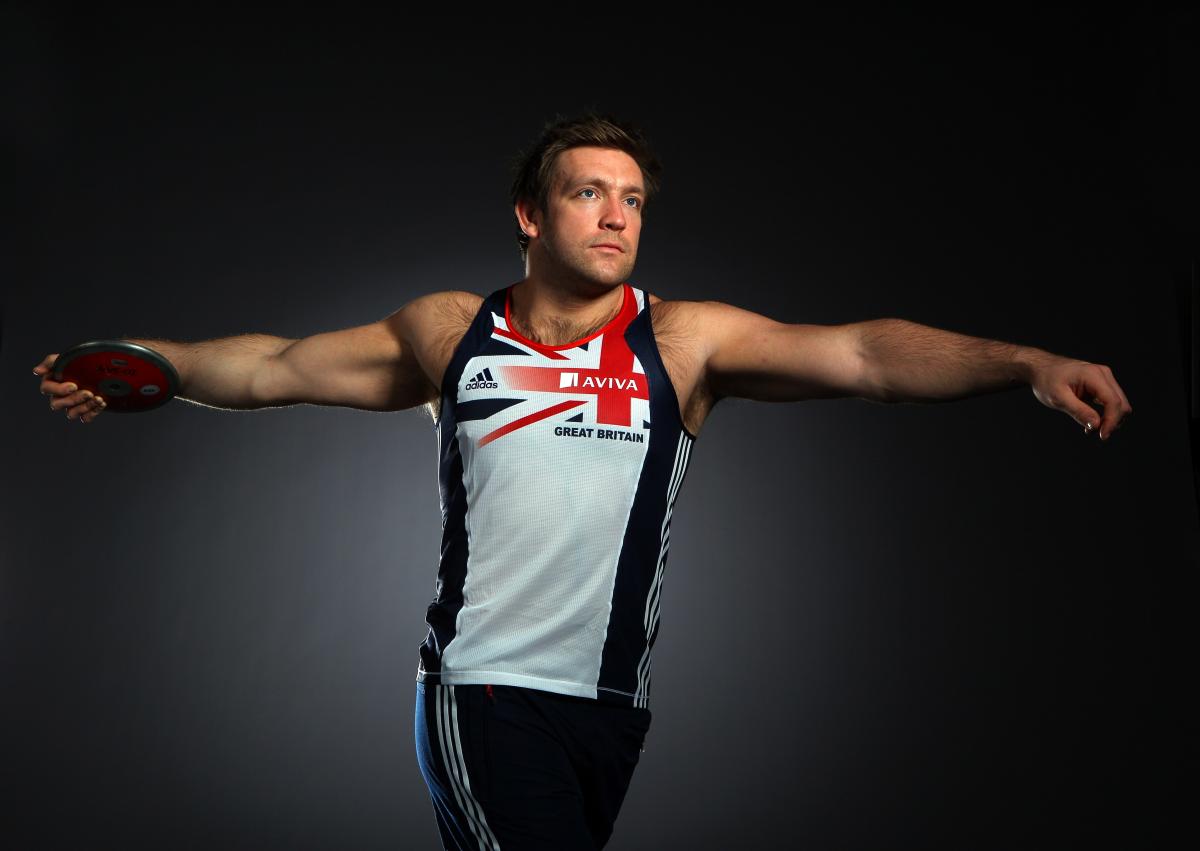 Dan Greaves is one of the IPC's Ones to Watch athletes for the London 2012 Paralympic Games.

“I’m delighted that we have been able to build on the fantastic success of last year’s inaugural event and increase the opportunities for people to get involved with National Paralympic Day by taking the celebrations to Birmingham and Liverpool."

British Paralympic medallists Dan Greaves, Mickey Bushell, David Devine and Abdi Jama have called on their hometowns of Birmingham and Liverpool to come out and show their support for local Paralympic athletes by getting involved with a special day of activities to celebrate National Paralympic Day on Saturday 30 August.

Centenary Square in Birmingham and at Chavasse Park, Liverpool One in Liverpool will bustle with activity from 11.00-17.00 on National Paralympic Day as the cities host a range of free activities that the whole family can get involved in and enjoy. Each of the activities will replicate aspects of Paralympic sport and encourage people to test their skills, showcasing some of the extraordinary talents of our Paralympic athletes.

There will also be meet and greet opportunities with Paralympic heroes, while Q&A sessions will give people the chance to ask questions and pick up tips from the top.

Greaves, winner of one gold, two silver and one bronze Paralympic medals across four Paralympic Games, encouraged people in the region to show their support for ParalympicsGB by coming along to Centenary Square on Saturday August 30.

He said: “One of the best things about London was the way in which we could show people what Paralympians were capable of achieving and how hard they train to achieve their dreams on the world stage.

“Birmingham is a city of sports fans and everyone did a great job of supporting ParalympicsGB at London 2012 and Sochi 2014. I would really encourage people to come along on August 30 with their friends and family to see what is going on, learn more about Paralympic sport and maybe try a few things which will give them more of an idea of what it’s like to compete as an elite Paralympic athlete.”

London 2012 gold medallist Bushell added: “It’s great that National Paralympic Day gives people another opportunity to enjoy Paralympic sport before Rio 2016 and I’m delighted to be part of this and bring the celebrations to Birmingham for the very first time.

“The event is open to all, so I’d really encourage people to get involved and check out the action in Centenary Square.”

Meanwhile David Devine, who made his home city of Liverpool proud when he claimed two bronze medals on the track at London 2012, was delighted to be part of the celebrations in Liverpool.

He said: “In 2012 we saw a huge wave of support for Paralympians during the Games, and I’m really pleased that two years on we can bring an event like this to Liverpool so that more people can get involved as we prepare to support ParalympicsGB when they compete in Rio.

“In Liverpool we really love our sport, but this day will be a fantastic way to show off Paralympic sport in particular and I think I might also learn a thing or two! It’s free to attend and the event is open to all, so I’d really encourage people to get involved and check out the action at Chavasse Park.”

He said: “It’s really exciting that National Paralympic Day is being celebrated in Liverpool this year. It’s a great opportunity for people to find out more about all of the different Paralympic sports and see what it takes to be a Paralympic athlete, maybe even to test some of their own skills!

“I want to see a great show of support from my hometown, so I’d encourage everyone to put the date in their diaries and head on down to Liverpool One on Saturday 30 August to see what’s happening and get involved.”

Tim Hollingsworth, CEO of the British Paralympic Association, was pleased to announce the event.

He said: “I’m delighted that we have been able to build on the fantastic success of last year’s inaugural event and increase the opportunities for people to get involved with National Paralympic Day by taking the celebrations to Birmingham and Liverpool.

“National Paralympic Day is another opportunity to celebrate the uniqueness of Paralympic sport and to engage with our amazing medal winning athletes like Dan Greaves and Mickey Bushell. We hope that the public will enjoy the day and do Birmingham and Liverpool proud.”

National Paralympic Day is brought to Birmingham and Liverpool through the generous support of the charity, Spirit of 2012 (Spirit).

Debbie Lye, Chief Executive of Spirit said: “The Paralympic movement has changed the way we view disability; it is absolutely key to Spirit’s vision that we boost this momentum. We are thrilled to support National Paralympic Day. It is an event that can capture the public’s imagination, promoting positive and engaging role models for young disabled athletes, and showcasing achievements that challenge limited perceptions of what it means to be disabled.”

Glasgow will celebrate National Paralympic Day with a winter sport focus, while the Queen Elizabeth Olympic Park in London will be buzzing as National Paralympic Day joins up with The Liberty Festival to showcase the finest talent in disability sport and arts, including the triumphant return of ParalympicsGB swimmers to compete in the Aquatics Centre for the first time since London 2012.