Surendra Bahadur Basnyat has been re-elected as President of the Nepal National Paralympic Committee for the second-time. 15 Aug 2014
Imagen 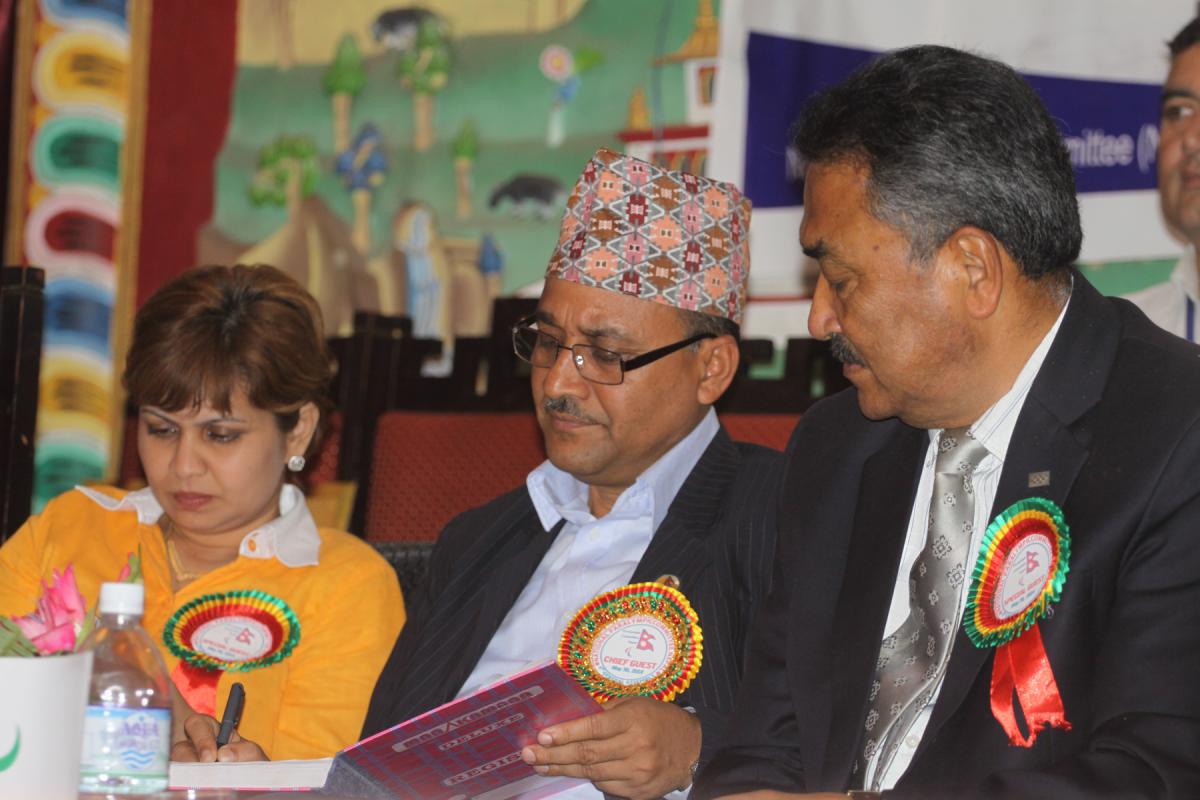 Surendra Bahadur Basnyat has been re-elected as the President of the Nepal Paralympic Committee at the fourth General Assembly and central board election held in Kathmandu, Nepal.

As well as the President, Secretary General Pashupati Parajull was also re-elected in his position.

At the assembly, the decision was made to amend the existing constitution of the NPC, with a five member drafting committee also formed to start working immediately.

They are also aiming for ambitious participation in the Incheon 2014 Asian Para Games.

Chief Guest was Minister of Youth and Sport of Nepal, Mr Purushttom Paudel and special guest Dhruba Bahadur Pradhan, the President of the Napal Olympic Committee.