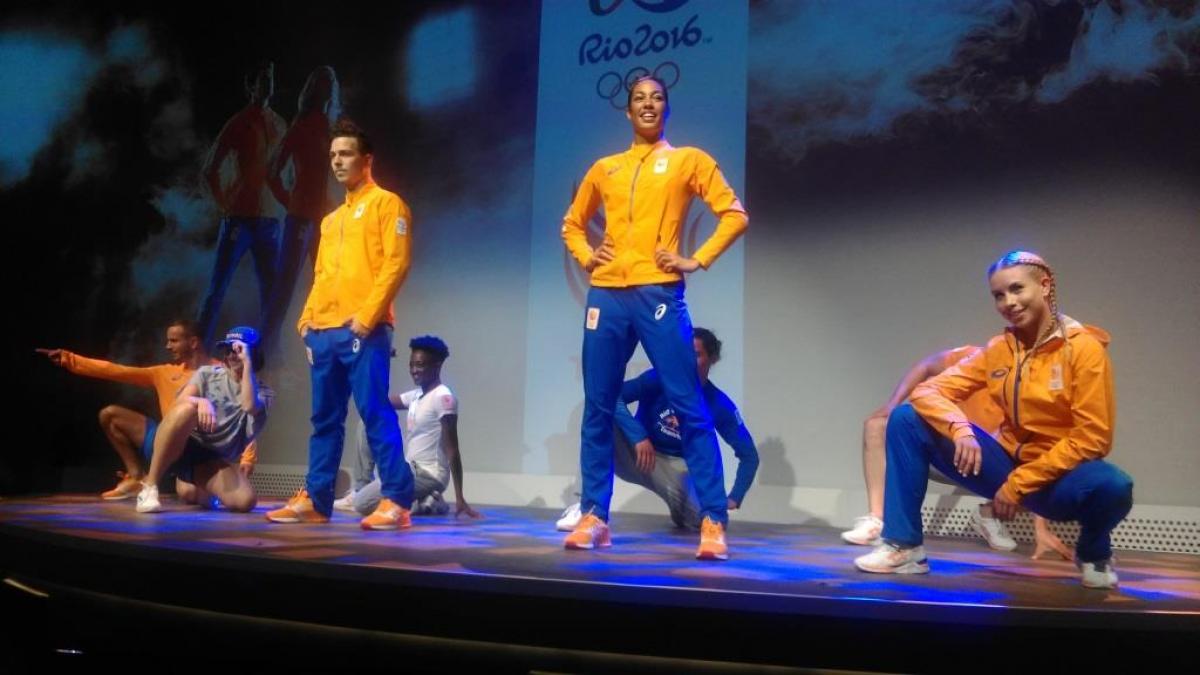 The outfit for the Rio 2016 Olympic and Paralympic Games was launched on Monday (23 May).

The Netherlands’ Rio 2016 Olympic and Paralympic Games kit, designed by Asics, was revealed on Monday (23 May).

Consultation with athletes and coaches was made to ensure the functionality of the clothing, considering the weather in Rio is warmer than in The Netherlands and the temperature varies greatly between day and night.

The outfit, which has a modern and powerful design, has 41 different items.

“It is also important that the clothing is functional. It was not an easy task but we have full trust in Asics.”

Asics has been an official supplier of the Netherlands National Paralympic Committee since the Lillehammer 1994 Winter Olympic and Paralympic Games.