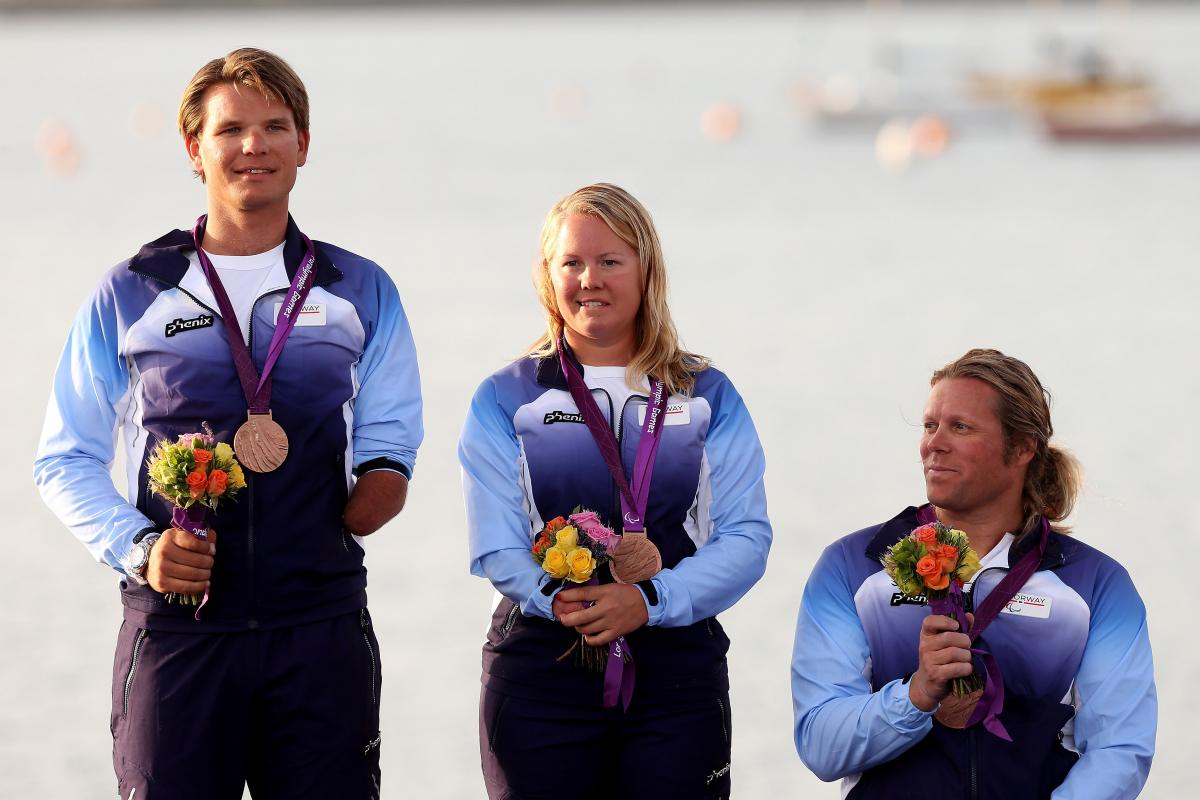 ⒸGetty Images
By Bradley Neen | For the IPC

The Norwegian sonar trio of Aleksander Wang-Hansen, Per Eugen Kristiansen and Marie Solberg will look to carry over their success from January’s ISAF Sailing World Cup in Miami, USA, to this weekend’s event in Hyeres, France.

The trio won gold by just one point in Miami and will be aiming to beat the British crew of John Robertson, Hannah Stodel and Steve Thomas, who were winners in last year’s event in Hyeres.

The 2014 regatta also saw German sailor Heiko Kroeger take gold in the 2.4rM ahead of France’s Damien Seguine. It is Norwegian sailor Bjørnar Erikstad who looks to be Koreger’s main challenger this week. The 33-year-old Erikstad aims for his third ISAF Sailing World Cup gold after an impressive victory in Miami.

Bringing together the world's top Paralympic competitors, Hyères is the third regatta included in the 2015 ISAF Sailing World Cup and is a venue notorious for its unpredictable wind conditions.

Sailors will compete in two classes, with the penultimate edition of this year’s World Cup taking place in Hyères,

One-person and three-person keelboats will race in the 2.4rM and Sonar classes, respectively. The Skud-18 class does not feature in the Hyères regatta.

The weather forecast for the week cites gentle winds with temperatures in the south of France expected to reach 20 degrees.

For further information on the World Cup, please visit website of the International Sailing Federation.