The General Assembly heard progress reports about the growth of the Paralympic Movement in Iran and an update on preparations for October's Asian Para Games. 27 Aug 2014
Imagen 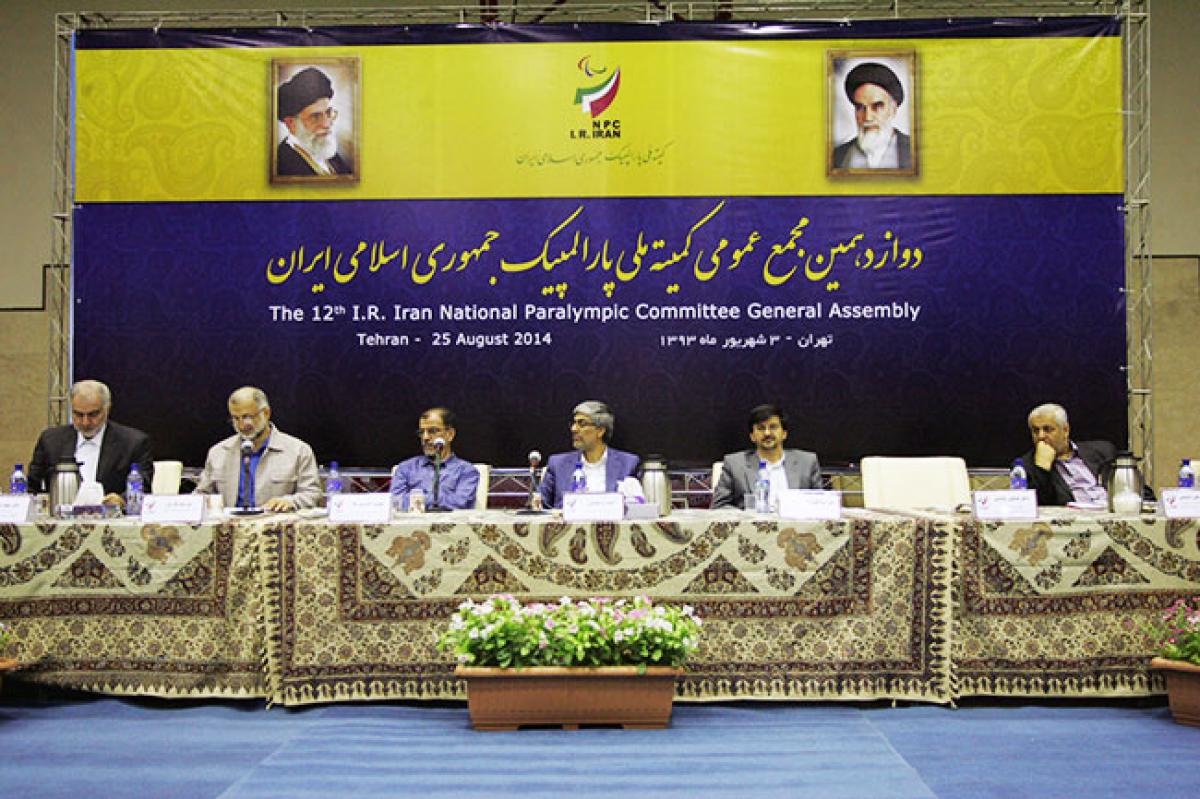 The National Paralympic Committee (NPC) of Iran held its 12th General Assembly on Monday 25 August and it was attended by 51 of its 60 members.

All the members of the NPC Presiding and Executive Boards, along with the chairmen of all provincial sport boards for people with an impairment, also attended the meeting to listen to the report provided by the NPC Secretary General Amir Mandegarfard.

Mandegarfard then presented a comprehensive update on preparations for October’s Incheon 2014 Asian Para Games in South Korea; training camps and arrangements made for celebrating next month’s National Paralympic Day.

In his speech, Qmars Hashemi, President of I.R. Iran NOC, praised the NPC for their outstanding efforts so far in developing the Paralympic Movement in Iran.