The campaign gives exposure to Slovenia’s Paralympic hopefuls ahead of the Rio 2016 Games. 18 Aug 2015
Imagen

“I hope that potential sponsors and donors will notice our work and take a chance with us to build a story about success, collaboration and reciprocity.”

The National Paralympic Committee (NPC) of Slovenia has launched a media campaign for their athletes ahead of the Rio 2016 Paralympic Games.

NPC Slovenia began the campaign on Saturday (15 August) in co-operation with the advertising agency Bruketa&Zinic OM to give exposure and promote their Paralympic hopefuls. A 54-second YouTube video was released entitled “Obstacles are only in your head - the body knows no boundaries.”

“Finally we can share a piece of our life as an athlete with a wider audience,” Jeralic said. “People need to see that being an athlete with animpairment is not only carrying out recreational activity twice or three times per week, but a constant need to live for the sport if you want to achieve your goals.”

“I hope that potential sponsors and donors will notice our work and take a chance with us to build a story about success, collaboration and reciprocity,” he added. “I think that campaign will bring greater recognition both to athletes with disabilities and each para-sport discipline.

“I wish that through the campaign, which is superior craftsmanship, people with impairments will recognise that life with impairments is not the end. Instead, it is the opening of a new chapter. At the beginning, it is difficult. But it is necessary to grit your teeth and trust in yourself and your abilities.”

“The idea for the campaign emerged from talks with Slovenian Paralympic athletes when we realised that is really all in the head. The decision in which direction you will go in life depends largely on the way of thinking. This insight led us through the entire campaign.”

“We wanted to send the message – if you are strong in your head, you can overcome all obstacles in life,” Zinic said. “We also wanted to connect that message with sport and tell the story of Slovenian Paralympic athletes as people who are mentally strong and firm, and who achieve superior results regardless of physical disability. The body is not a problem, but rather what is in the head.” 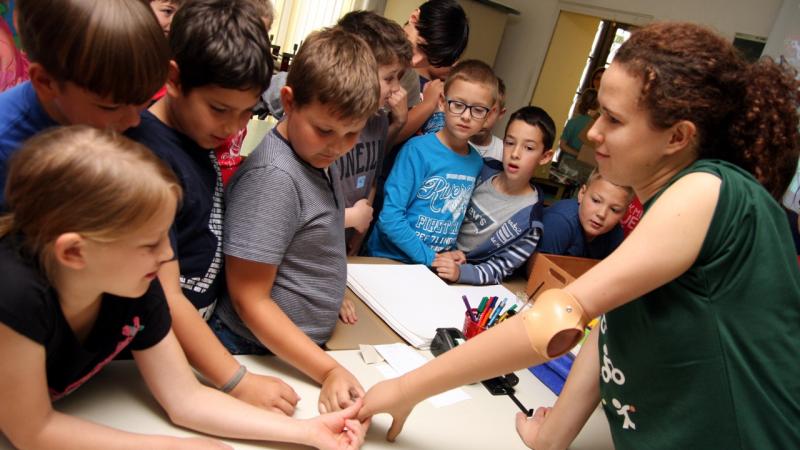