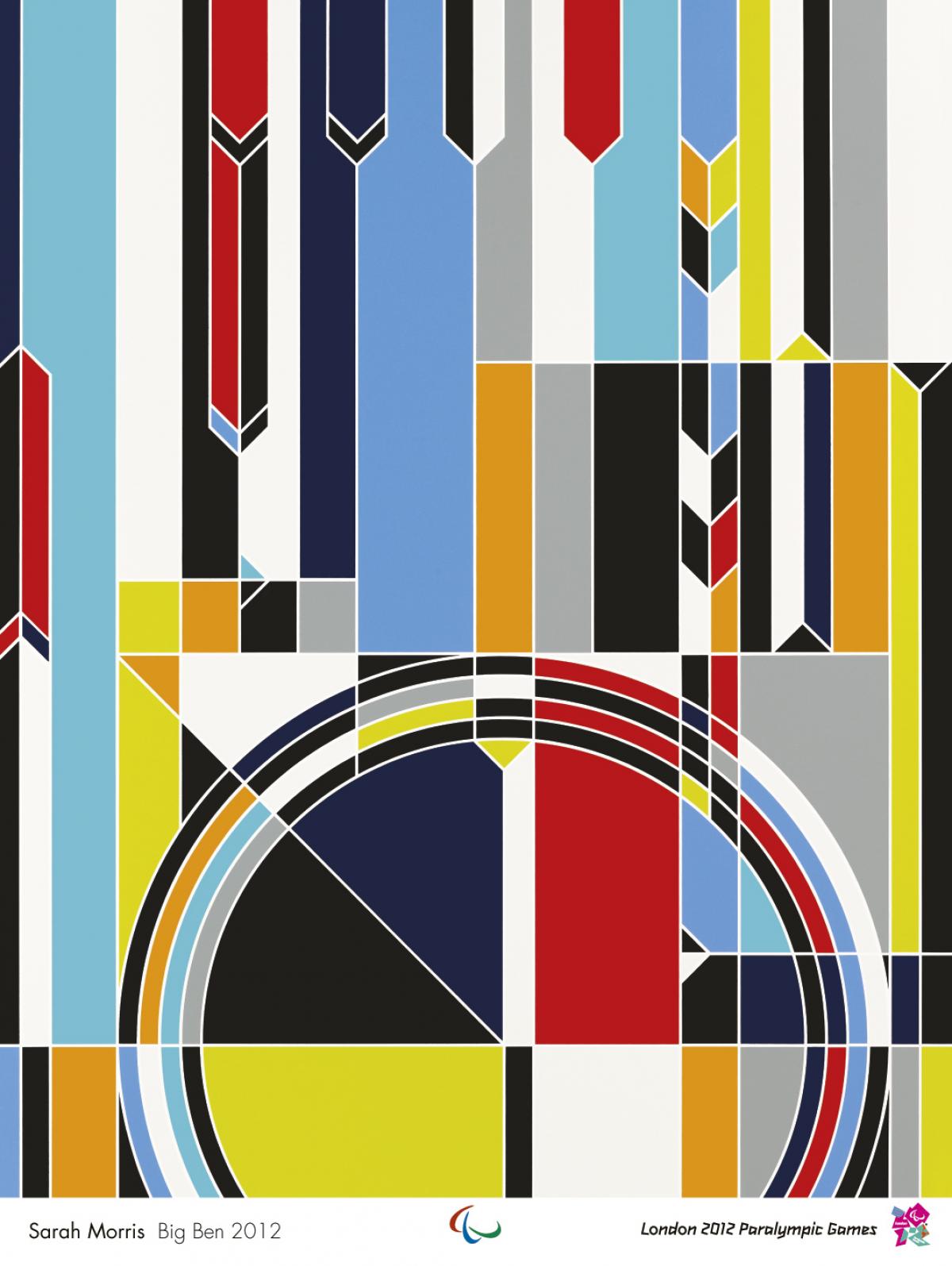 The original poster created by Sarah Morris for the promotion of the 2012 Paralympic Games.

"We are delighted that British artists have produced such compelling images in response to the Paralympic Games."

A collection of specially commissioned images by six of the UK’s leading artists to celebrate the London 2012 Paralympic Games were unveiled today (4 November).

LOCOG worked with Tate and the Plus Tate Group (a group of 19 regional galleries across the UK), who together compiled a long list of over 100 artists for consideration. This long list was then reduced to a final list of 12 by a panel comprising Nicholas Serota (Tate Director), Tamsin Dillon (Head of Art on the Underground), Judith Nesbitt (Tate - Head of National/International Initiatives), Carl Freedman (Counter Editions) Ruth Mackenzie (Director, Cultural Olympiad & London 2012 Festival) and Greg Nugent (LOCOG Director of Brand and Marketing ).

The primary objective of the panel was artistic excellence and some of the UK’s greatest artists have been commissioned (four of the chosen artists have previously won the Turner Prize and five have represented the UK at the Venice Biennale). The brief for the artists encouraged them to celebrate the Games coming to London and to look at the values of the Paralympic Games. Each image is a distinct interpretation of either the Paralympic Games by the individual artists and the diversity of the series demonstrates the extraordinary creative talent that exists within the UK. The individual images are each described below.

Nicholas Serota, Director, Tate, said: "We are delighted that British artists have produced such compelling images in response to the Paralympic Games."

A set of the images has been given to the Queen for the Royal Collection and to other important British art collections, including the Government Art Collection (which will be displaying the images in 10 Downing St in 2012) and the British Council (which is planning on exhibiting the images across China in 2012 as part of 'UK Now', the largest festival of British arts ever to be shown in China, as well as displaying the posters in British Council’s across the world). 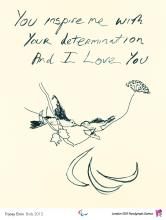 The original poster created by Tracy Emin for the promotion of the 2012 Paralympic Games.