Quarter-final places were decided in the men’s and women’s recruve W1/W2. 31 Aug 2012
Imagen 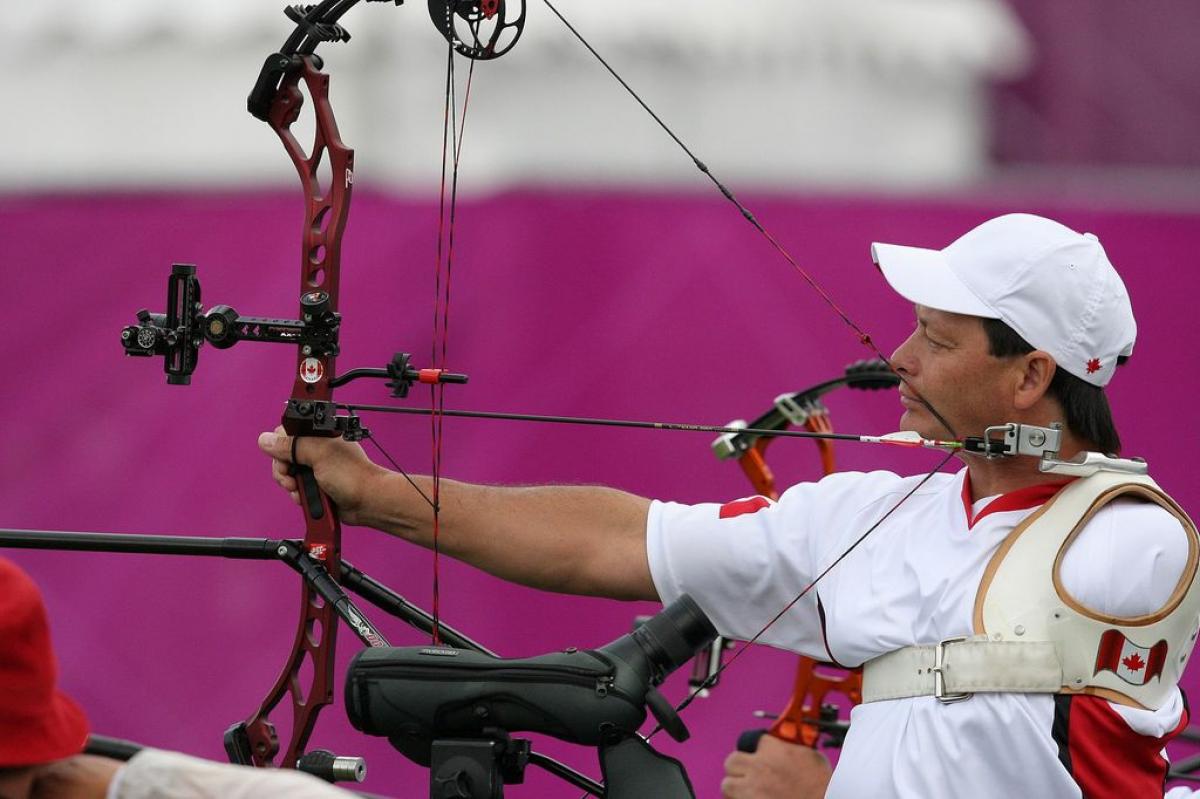 Canadian archer Kevin Evans in the thick of the action at the Royal Artillery Barracks.

Paralympic Games champion John Stubbs of Great Britain made shock exists on a day of surprises at the Royal Artillery Barracks on Friday (31 August).

Stubbs, the defending champion from Beijing 2008, was beaten 6-4 in a close match against Spain’s Guillermo Rodriguez Gonzalez.

After his impressive shooting on the ranking round, armless American archer Matt Stutzman struggled in his match, losing 2-0 to the Czech Republic’s Jiri Klich. He made a stunning comeback with a perfect fist of three 10s in the third end. The two were tied 5-5, so another one-arrow shoot-off was required. Stutzman’s hard work in the preceeding ends paid off when his shot landed closest to the X.

It was a successful day for both Korea and Iran with two athletes apiece still in the men's recurve W1/W2 competition going into the quarter-finals. Korea's Young Joo Jung and Myeong-Guk Lee and Iran's Roham Shahabipour and Ebrahim Ranjbarkivaj all come inside the top 10 world rankings, so expectations will be high.

Three archers from Turkey are still in contention 18 elimination matches into the women's recurve W1/W2 competition. The odds are in Turkey's favour for semi-final spots, with Ozlen Kalay, Hatice Bayar and Gizem Girismen all taking to the range. The No. 1 from the ranking round, Iran’s Zahra Nemati, was the only competitor to move into the top eight without losing a single set.