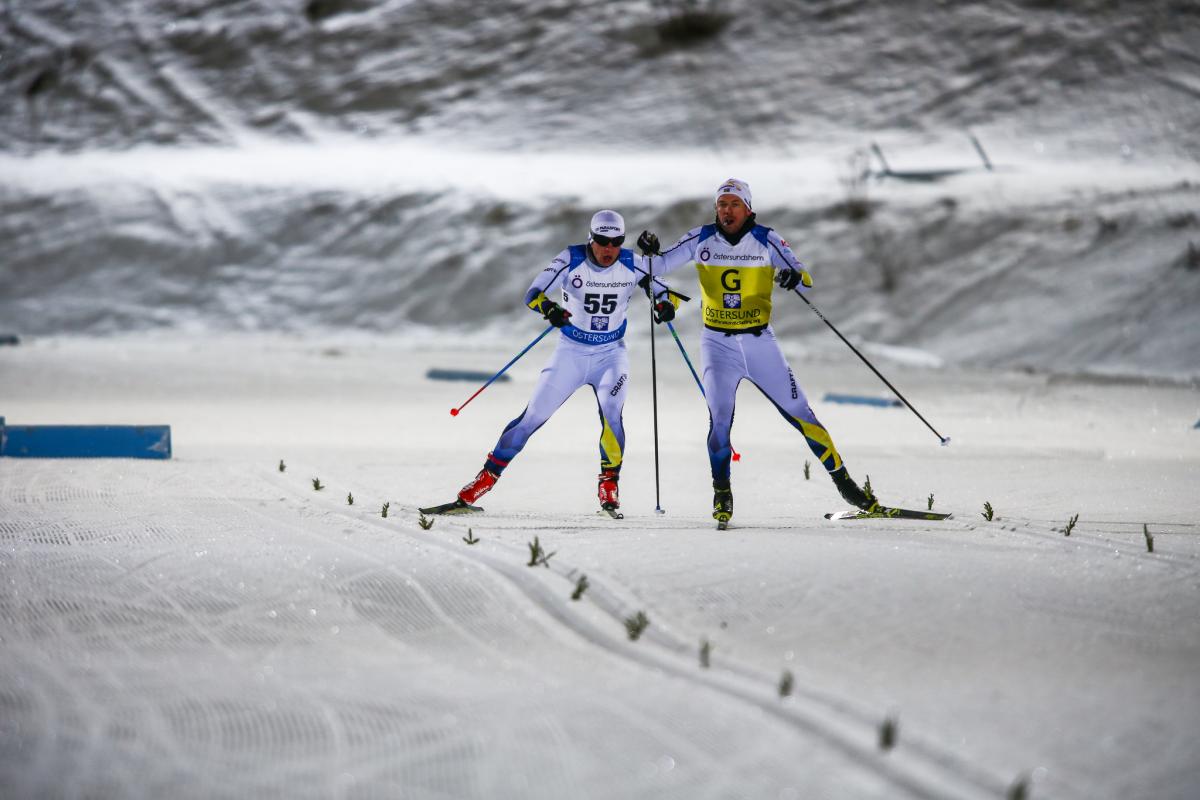 Zebastian Modin, guided by Emil Joensson, swept all cross-country races at the 2018/19 World Cup in Ostersund

Check out five of the best moments.

USA's Paralympic champion Daniel Cnossen has been in unstoppable form in the World Cup circuit. In Ostersund, he swept all six men’s sitting events across cross-country and biathlon. The 38-year-old added those to the four he had claimed in Vuokatti, Finland last December. Cnossen is hoping his fantastic form continues through to February’s Worlds.

Zebastian Modin, guided by Emil Joensson, showed just how good a cross-country skier he is by comfortably winning all three men’s vision impaired races. He won the long and middle distances races by over two minutes and the sprint by ten seconds!

Two biathletes won all their races in Ostersund and Vuokatti to make it five out of five: US sit skier Kendall Gretsch and Ukrainian standing skier Oleksandra Kononova. Gretsch even displayed his fantastic shooting skills by not missing a single target in Ostersund.

Despite only having two athletes in Ostersund, the French team still returned home with four golds and one bronze. Paralympic champion Benjamin Daviet won the men’s cross-country long-distance standing, and the biathlon individual and sprint. Teammate Anthony Chalencon, guided by Simon Valverde, took bronze in the cross-country long-distance vision impaired before going on to take gold in the biathlon individual.

New faces on the podium