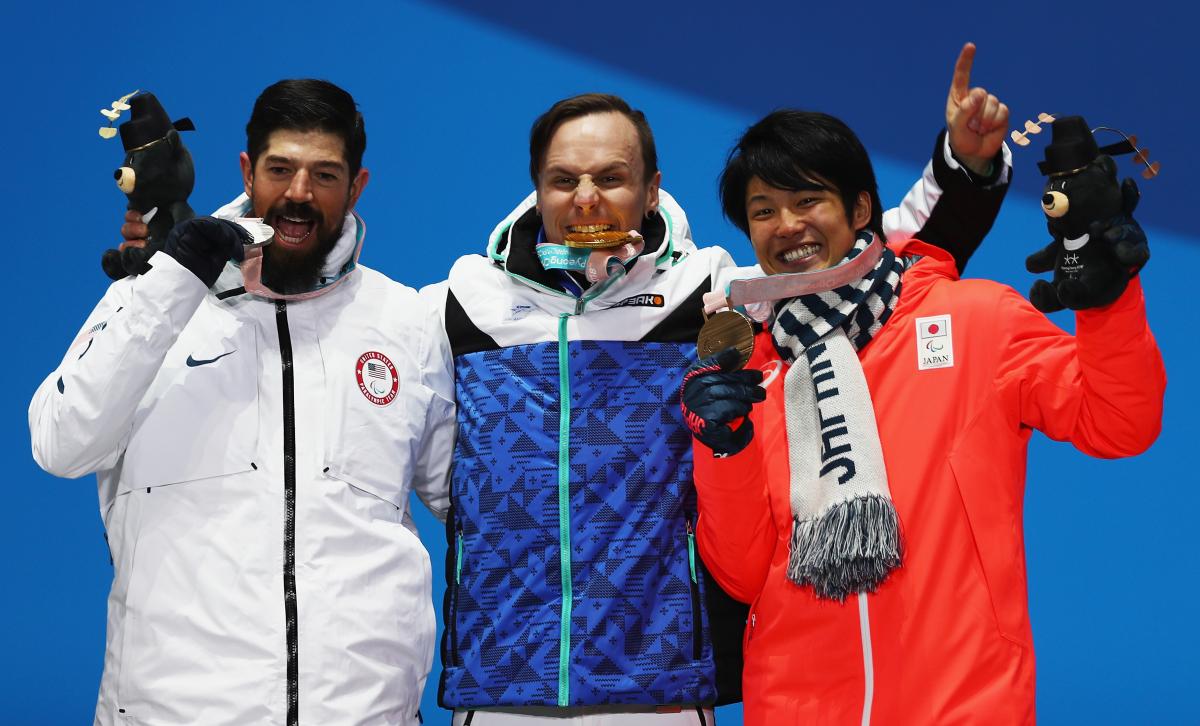 Finland’s Paralympic champion Matti Suur-Hamari is the second athlete to be featured in the ‘Para snowboard in numbers’ series.

Find out the fact and figures which make up the world’s best athletes in the lead up to the 2018-19 season.

Suur-Hamari will be competing in front of his home fans at the World Para Snowboard Championships in Pyha, Finland, from 25 March-1 April 2019.

1 – The number of Paralympic titles Suur-Hamari has won in Para snowboard. It is also Finland’s only gold in the sport. The 32-year-old finished first in the men’s snowboard cross SB-LL2 at PyeongChang 2018.

2 – The number of Paralympic medals claimed by Suur-Hamari. Apart from the gold, the Finnish athlete took bronze in the men’s banked slalom SB-LL2 in PyeongChang.

31 – The age of US snowboarder Evan Strong who inspired Suur-Hamari to take up the sport. The Fin watched a video of the Sochi 2014 champion performing tricks; both athletes had a leg amputated after motorcycle accidents.

128 – The distance in kilometres from Suur Hamari’s hometown Rovaniemi to Pyha, the host city of the 2019 World Para Snowboard Championships. It will be the first time Finland stages the event.

2012 – The year he began to practice Para snowboard.