As well as the finals in San Martino di Castrozza, an additional World Cup in Maribor Slovenia, has also been added to the calendar. 13 Feb 2015
Imagen 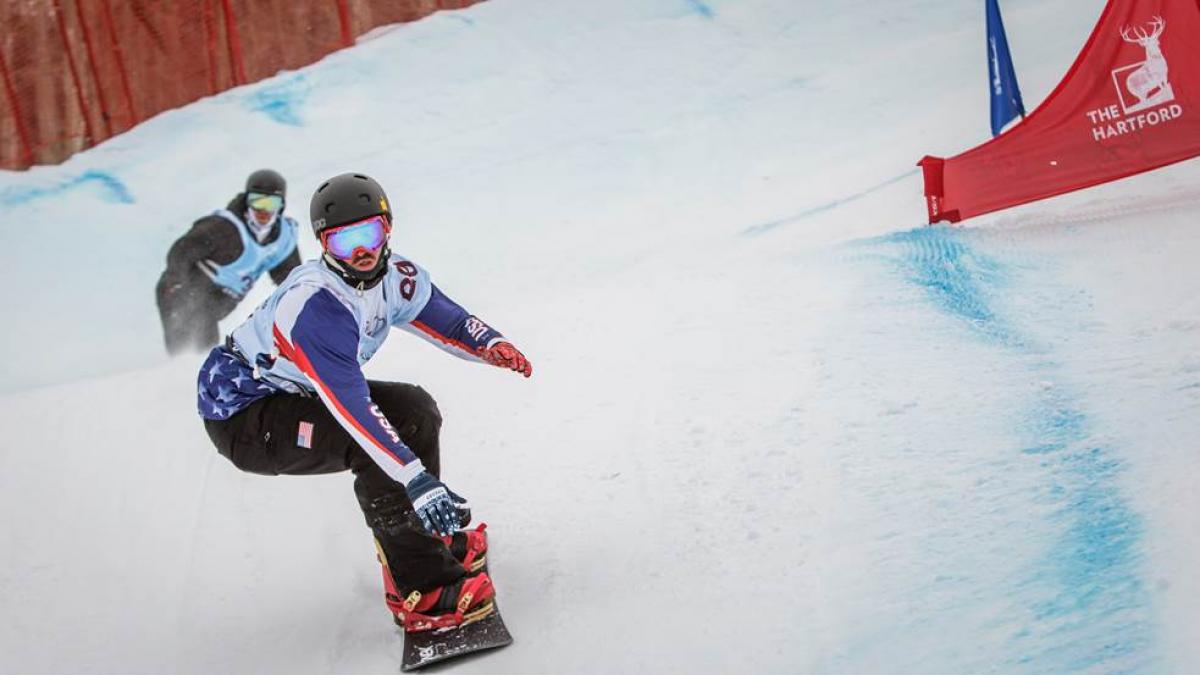 “The World Cup Finals represent another chance in a busy season for snowboarders to compete at the highest level.“

IPC Alpine Skiing, the global governing body of para-snowboard, announced on Friday (13 February) that the para-snowboard World Cup Finals will be held in San Martino di Castrozza, Italy, from 9-12 March.

At the same time, an additional World Cup event in Maribor, Slovenia, was also added to the calendar from 2-6 March, bringing the number of World Cup events in 2014-15 to five following the sport’s successful debut at the Sochi 2014 Paralympic Winter Games.

The Maribor World Cup and the Finals will take place just days after the 2015 IPC Para-Snowboard World Championships in La Molina, Spain, from 23-28 February.

Dimitrije Lazarovski, Head of IPC Snow Sports, said: “The World Cup Finals represent another chance in a busy season for snowboarders to compete at the highest level.

“With the addition of banked slalom, a change in format for snowboard-cross and a split in classifications for lower-limb impaired riders in 2014-15, we are confident that we can take the momentum of the sport’s debut in Sochi forward and are pushing-on with its development.”

The World Cup Finals will feature banked slalom events, and the overall trophies for all disciplines and classifications will be awarded.

Sergio Sperandio, President of the San Martino di Castrozza Organising Committee, said: “We are pleased to host the 2015 World Cup Finals in the heart of Dolomites.

“We are working with enthusiasm to organise this great international event and I’m sure that these athletes, with their determination and willpower will be for us an inspiration”.

France’s Cecile Hernandez-Cervellon and the Netherlands’ Bibian Mentel-Spee are leading the women’s SB-L11 and SB-LL2 respectively in both banked slalom and snowboard-cross.

The men’s snowboard-cross SB-LL2 is led by the USA’s Mike Shea whilst New Zealand’s Carl Murphy, currently injured, is top of the banked slalom rankings.

Italian Giuseppe Comunale is No.1 in the men’s snowboard-cross SB-LL1 whilst Dutch rider Chris Vos leads the banked slalom.

The 2015 IPC Para-Snowboard World Championships are expected to feature around 80 of the world’s best riders from 20 countries competing in banked slalom and snowboard-cross for SB-LL2, SB-LL1 and upper-limb impaired classifications.

Results and rankings from all races this season are available at www.ipc-alpineskiing.org