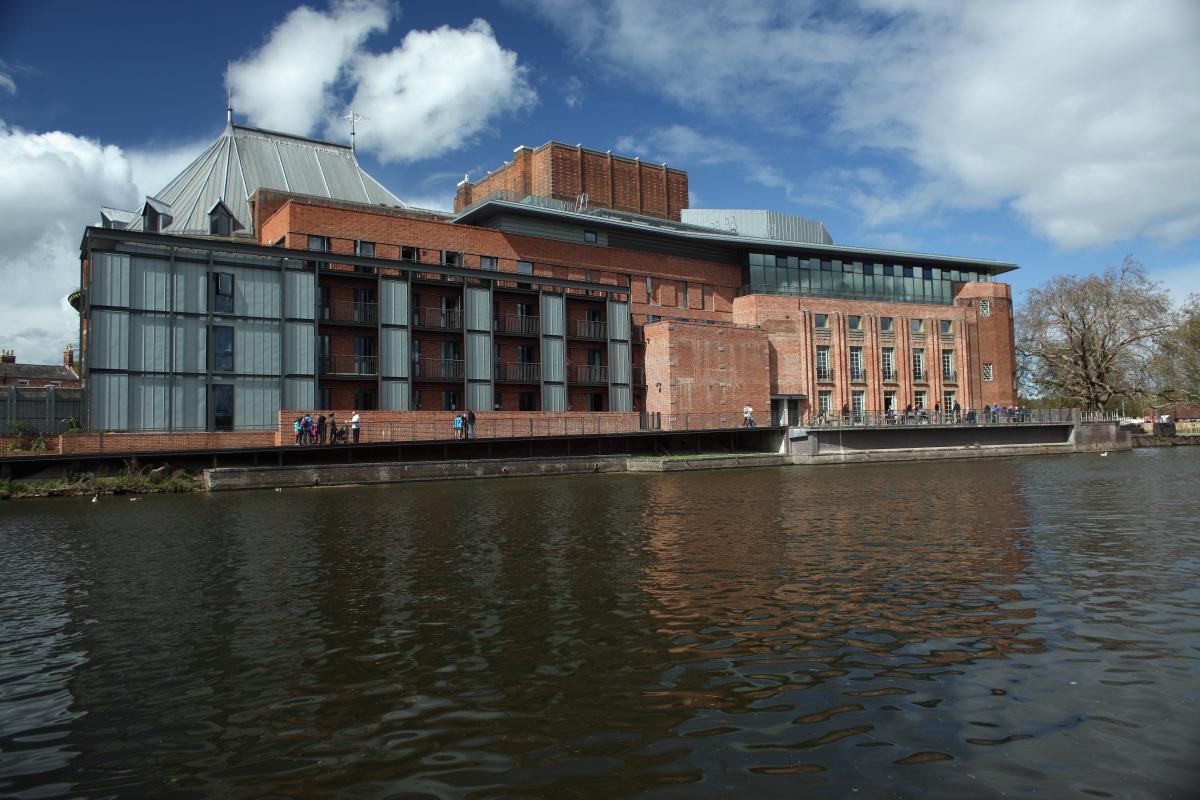 The Royal Shakespeare Company's theatre on the banks of the River Avon.

“Inspired by Sport is celebrating the huge achievements of International Inspiration and captures how sport can be a real change for good."

World-famous photographer Rankin has teamed up with London 2012 Organizing Committee Chair Seb Coe and a host of Olympic and Paralympic athletes to mark the achievements of London 2012’s international sports legacy programme, International Inspiration, in a special photography exhibition.

Inspired by Sport has opened at the Museum of London and showcases athletes captured by Rankin including Seb Coe, Denise Lewis, Colin Jackson, Tanni Grey-Thompson, Louise Hazel and James Ellington. These photographs convey the inspirational power of sport and feature alongside images – taken by a host of international photographers – of young people around the world whose lives have been enriched by the programme and are inspired by sport.

The exhibition highlights the work of International Inspiration, a unique partnership between UNICEF, the British Council and UK Sport, to realize London 2012’s legacy promise to enrich the lives of 12 million children in 20 countries in time for this year’s Olympic and Paralympic Games, a double-feat the programme achieved in February this year.

Each photograph demonstrates how International Inspiration is harnessing the power of inclusive physical education, sport and play to address issues that affect children and young people, such as gender equality, gang violence, lack of educational opportunities, life skills development, HIV / AIDS education and intercultural awareness in countries from Azerbaijan to Zambia.

The programme is fulfilling the promise made by Seb Coe on behalf of the bid team in Singapore in 2005 to ‘reach young people all around the world and connect them to the inspirational power of the Games so they are inspired to choose sport...improving their lives as a result.’

Seb Coe, Chair of LOCOG said: “Inspired by Sport is celebrating the huge achievements of International Inspiration and captures how sport can be a real change for good. I’m very proud that London 2012 is enabling positive change to happen to millions of children and young people around the world. I have been lucky enough to have met some of the young people being reached through the programme and to have seen how it is providing them with more opportunities in life.”

Sir Keith Mills, LOCOG Deputy Chair and II Foundation Chair said: “Having now achieved our original objectives and made such an impact, it’s important now for us to focus on continuing and expanding this extraordinary programme as a real legacy from the London 2012 Games.”

John, 12, from Zambia who features in one of the exhibition’s photographs, said: ‘I have learned life skills and about HIV and AIDS – as children in Zambia, it is important that we learn about transmission and prevention and also how to look after ourselves and live healthy lives. I love baseball and football as they both involve lots of running, which is good for my body!’