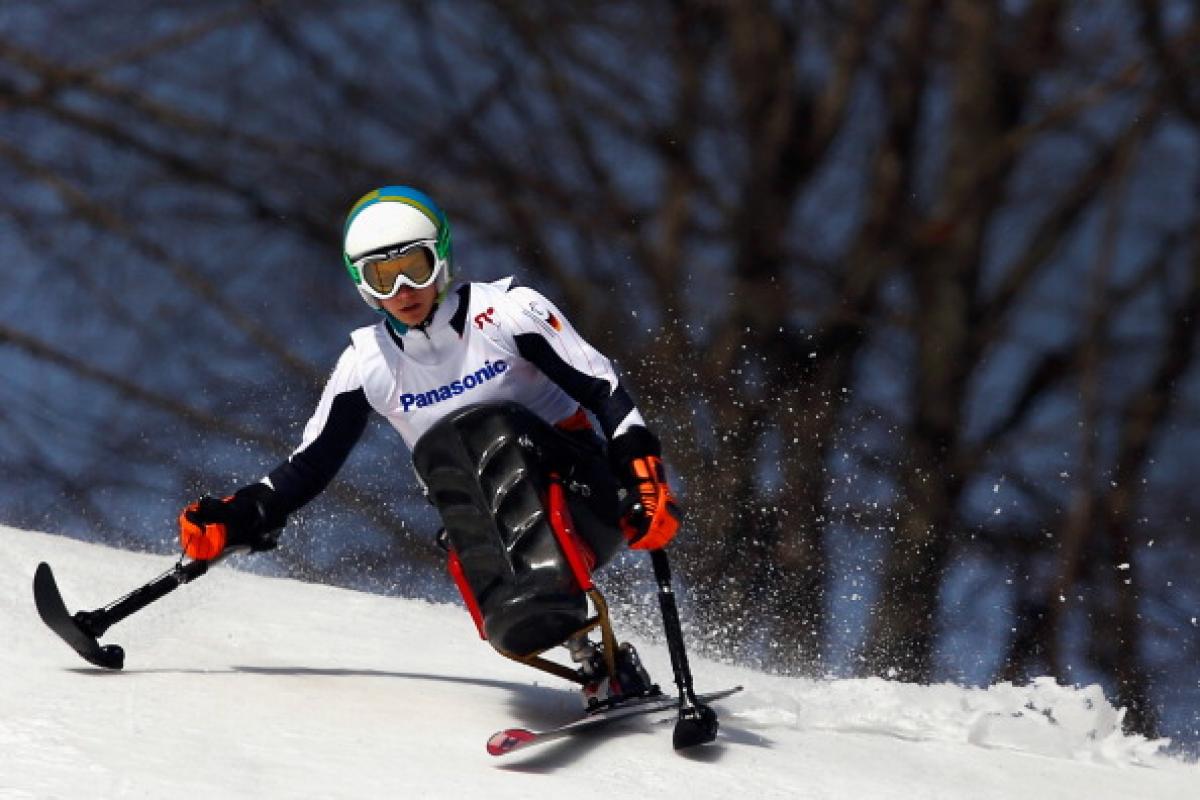 Downhill Paralympic champions lit-up the slopes of the 2015 IPC Alpine Skiing World Championships on Monday (2 March), in their first opportunity to test the slope in training in Panorama, Canada.

France’s Paralympic gold medallist Marie Bochet led the women’s standing field with a time of 1:36.77, ahead of her German rival Andrea Rothfuss (1:41.22) in second. The Netherlands’ Anna Jochemsen (1:48.12), a World Cup podium finisher in technical events this season, rounded off the top three.

Of the course, which skiers were keen to praise, Bochet said: “It’s very nice. The snow is very excellent so I think the race will be perfect. For the first training it’s not so bad. I have some points that I can do better.”

After her five gold medal sweep in Sochi, Germany’s Anna Schaffelhuber (1:42.07) was quickest in the women’s sitting ahead of Austria’s Claudia Loesch (1:45.74) who, whilst reflecting on the lightly falling snow, was pleased with her second placed run.

“I didn’t quite do the turns as I wanted but in general, it was good,” Loesch said. “The run is great and I hope tomorrow and the day after are better conditions.”

The men’s sitting was led by New Zealand’s giant slalom Paralympic silver medallist Corey Peters (1:31.56). Peters is going for his first World Championships medal this week, against the likes of second-fastest US skier Andrew Earl Kurka (1:32.48) and Austrian World Cup No.3 Roman Rabl (1:32.55), who was third.

Mark Bathum (1:37.32) showed promise for the USA in second, guided by Cade Yamamoto, splitting the duelling Marcoux and Santacana who are expected to go head-to-head over several events at Panorama 2015.

“The course is really fast and I really like it,” Santacana said. “There is a lot of room for improvement so we are confident we can close the gap.”

Australian Melissa Perrine (1:49.69) and guide Andrew Bor led the field in the women’s visually impaired, ahead of the husband and wife duo of Danelle Umstead (1:55.05) and guide Rob. Russia’s Aleksandra Frantceva (1:59.16), a World’s downhill silver medallist from 2013, was third quickest with guide Semen Pliaskin.

Skiers will have a second training opportunity on Tuesday (3 March) before the downhill racing starts on Wednesday (4 March).

All races (except for training) will be streamed live at Panorama2015.com and live results will also be available.

Behind the scenes coverage will be available from all training and race days at IPC Alpine Skiing’s Facebook and Twitter accounts, as well as @Paralympics Instagram.