Paralympic champions to line up at Delta Loyd Regatta

More than 40 sailors will take to the start line in the Netherlands across all three disciplines. 19 May 2014
Imagen 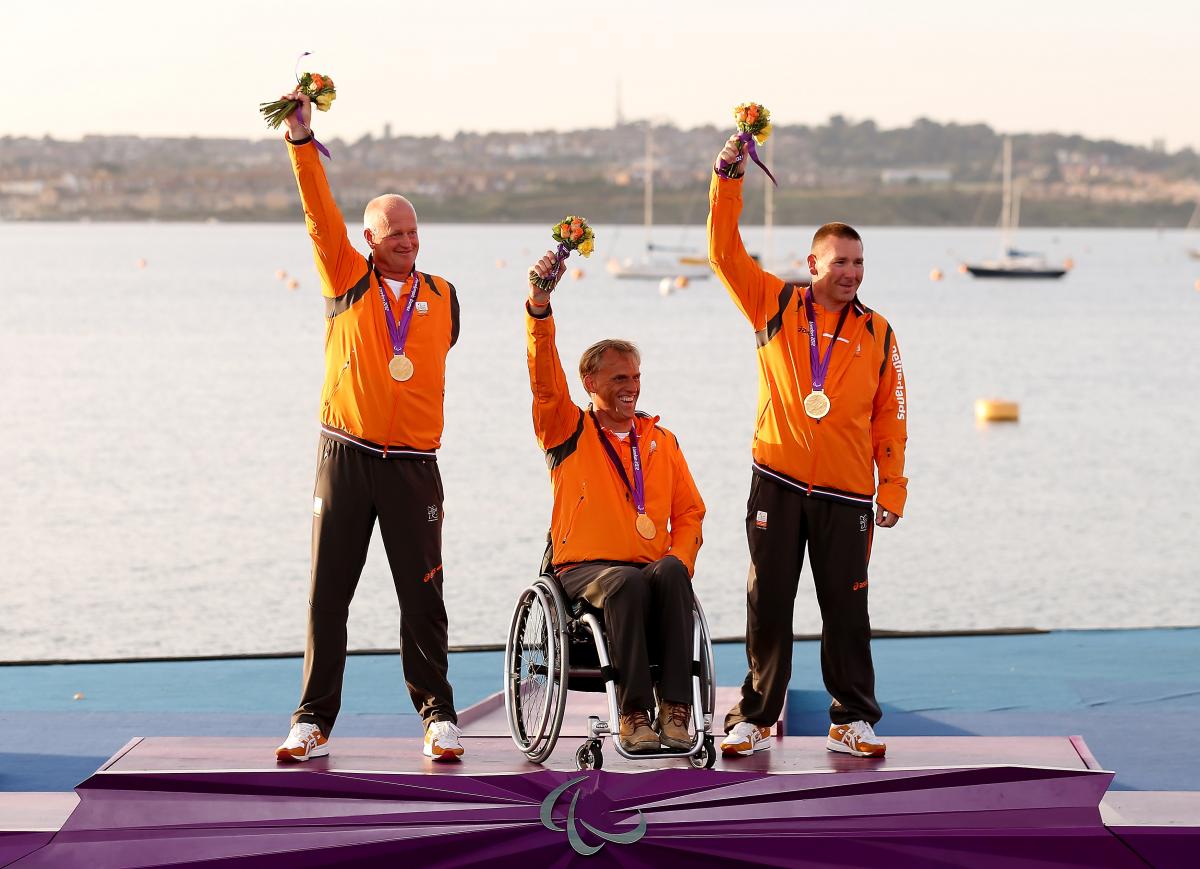 The competition takes place at the International Sailing Center of Medemblik, the same venue the Dutch train at.

The four-day Delta Lloyd Regatta will begin on Tuesday (20 May) in Medemblik, Netherlands, drawing more than 40 sailors from 20 countries, including the entire Sonar podium from the London 2012 Paralympic Games.

All three London 2012 medallists in the Sonar competition – Netherlands, Germany and Norway – will line up for the three-person Sonar race, with the host nation’s defending Paralympic champions Udo Hessels, Marcel van Veen and Mischa Rossen tabbed as the ones to beat.

The competition takes place at the International Sailing Center of Medemblik, the same venue the Dutch train at, and with Hessels having led the Dutch Sonar crew since the Atlanta 1996 Paralympics, he is easily the veteran favourite to take the title.

In addition to the aforementioned Sonar crews, the British trio of John Robertson, Hannah Stodel and Steve Thomas will line up fresh off a victory at the ISAF Sailing World Cup in Hyeres, France, last month.

Lucas, the first British sailing Paralympic champion, has been deemed the one to beat on the road to the Rio 2016 Games. This week, most of her competition will come from the host nation, as six of the 25 athletes on the 2.4mR start sheet come from the Netherlands.

Fans are eager to see how Bijlard fares this season after taking the world title last August just six months into his international sailing career.

Rounding out the regatta, the Netherlands’ Vera Voorbach hopes to catch a few headlines in as a newcomer in the SKUD 18, a race which will include Paralympic bronze medallist and 2013 world champion Alexandra Rickham of Great Britain.