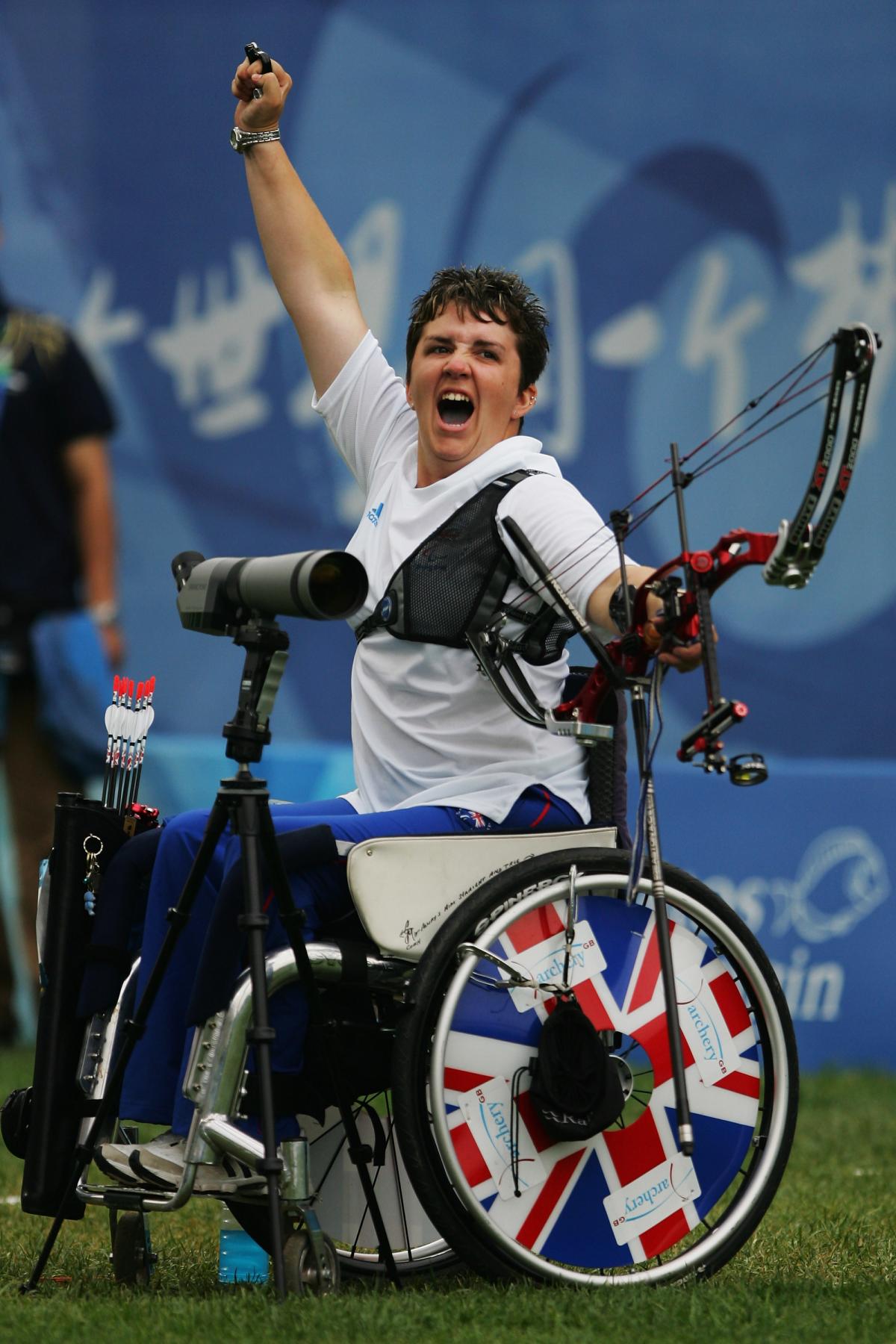 Mel Clarke of Great Britain celebrates after winning the bronze medal of the Women's Ind. Compound - Open in the Archery event at the Beijing 2008 Paralympic Games

“I hope that all of the athletes in Bath this weekend will use what they have learnt to help them move forward in their ambitions to represent ParalympicsGB in Rio.”

Aspiring Paralympians took another important step on their quest to represent their country at Rio 2016 this weekend as 60 Paralympic hopefuls and support staff attended the ParalympicsGB Potentials Camp at the University of Bath in Great Britain.

The first camp of the Rio cycle, hosted at the University in January 2014, set a strong precedent for the athletes in attendance this weekend. Of 45 graduates from the January camp, 60 per cent have so far gone on to represent Great Britain at World or European Championships this summer, claiming five gold, 12 silver and six bronze medals between them.

All attending athletes were nominated by their sport based on their potential to be selected to ParalympicsGB for Rio 2016. The three-day programme focused on experiential learning and education to help develop understanding of the uniqueness of the multi-sport environment at the Paralympic Games.

London 2012 bronze medallist Ben Quilter was pleased to be returning to the camp to share his experiences as a Paralympian.

He said: “It’s always good to share things I’ve learnt along the way, so if I can help anyone out, whether it’s a lesson that I learnt the hard way or the advice that someone gave me back in the day, then it’s always good to pass it on.”

Archer Jodie Grinham said: “I’m really excited, I think it’s a fantastic experience. To be nominated as a potential athlete for Rio is a great privilege and it’s good to meet new people who are also in the same position.

“I want to get a new understanding of what it means to be part of ParalympicsGB as well as meet new faces and new friends and staff that are going to be there to help our journey to progress towards Rio.

“I can already feel myself buzzing, I want to get there. I can’t wait till our next practise to be able to go out there and say ‘yes, I can do this’... it’s having the extra belief and the people behind you.”

Penny Briscoe, Director of Sport at the BPA, said: “The camps have a proven track record of preparing athletes to thrive in the multi-sport environment. The high percentage of athletes progressing from the January camp to represent their country at international level and win medals alongside the world’s elite athletes shows this.

“I hope that all of the athletes in Bath this weekend will use what they have learnt to help them move forward in their ambitions to represent ParalympicsGB in Rio.”