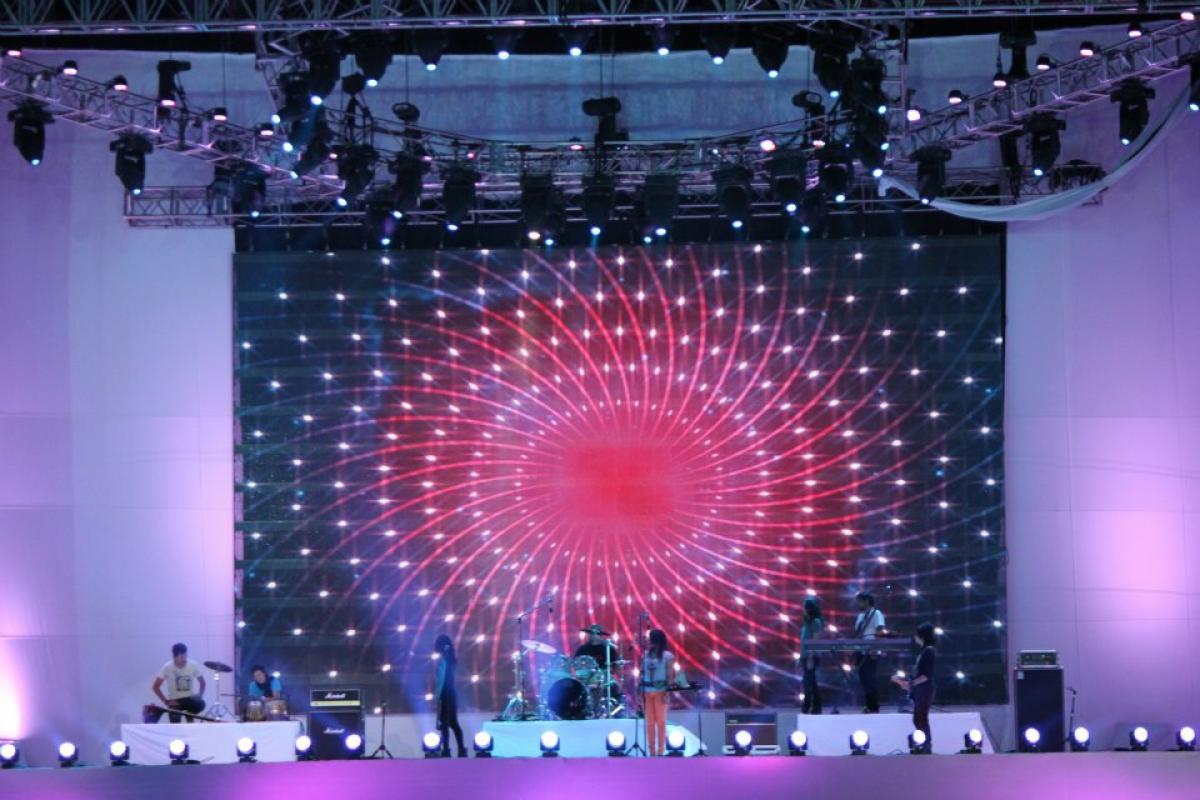 Opening Ceremony of the 2011 Parapan American Games in Guadalajara, Mexico

"In 1999, Mexico City took the first step in the Parapan American journey and the dream continued growing in Mar Del Plata 2003, Rio de Janeiro 2007, and today once again in Mexico, with Guadalajara 2011. This city is as pretty as ever and also more welcoming and more inclusive than ever."

The 2011 Parapan American Games are now officially open after a stunning Opening Ceremony at the Telmex Athletics Stadium in Guadalajara, Mexico on Saturday (12 November) evening.

Around 1,500 athletes from the 24 competing countries attended the Ceremony together with dignitaries including International Paralympic Committee (IPC) President Sir Philip Craven.

The Opening Ceremony was a celebration of the rich cultural history of Guadalajara and Jalisco, and also included a rock and pop concert featuring contemporary music. Three speeches marked the Opening of the Games and were delivered by Imelda Guzman, the President of the Organizing Committee for the Parapan Games, Americas Paralympic Committee (APC) President Octavio Londoño and Mexico’s Federal Director of Sports, Bernardo de la Garza, who had the honour of declaring the Games open.

In a stirring address, which included quotes from Columbian Nobel Prize in Literature winner Gabriel Garcia Marquez and references to the UN Convention on the Rights for Persons with Disabilities, APC President Octavio Londoño stated the important role sport plays in inclusion.

“Sport is a unique and noble expression of human greatness and generosity,” said Londoño.

“Its diversity of colours and expressions teach us all that we can achieve the best through this wonderful tool that aims to leave no one out.

“The history of this continent where we celebrate the meaning of life started here in Mexico. This is a celebration of inclusion, diversity and good examples.”

Since the first Parapan American Games 12 years ago involving 1,000 athletes competing in just four sports, the Games have continued to grow, a fact not lost on Londoño who believes they have further potential for growth.

“In 1999, Mexico City took the first step in the Parapan American journey and the dream continued growing in Mar Del Plata 2003, Rio de Janeiro 2007, and today once again in Mexico, with Guadalajara 2011. This city is as pretty as ever and also more welcoming and more inclusive than ever.

“From this land, we are sending a message to all of the American continent. Paralympic Sport will be a blossoming reality in the 42 countries that make up the Pan American sports community.”

Londoño also told the assembled audience that Paralympic Sport is a key driver for inclusion and societal change.

“Everyone in America, including governments, leaders, business people, athletes and citizens should recognize sport as a tool that leads to peace, harmonious living, clean and fair competition amongst the best, and this tool must be inclusive and accessible to all.

“The public agenda must give top priority to the significance of this: sport unites, and within it, there is room for the infinite diversity of the entire human race.”

The 2011 Parapan American Games is the last multi-sport event before the London 2012 Paralympic Games and will feature 13 sports.

Competitions gets underway in seven sports on Sunday when there will be 15 gold medals contested.