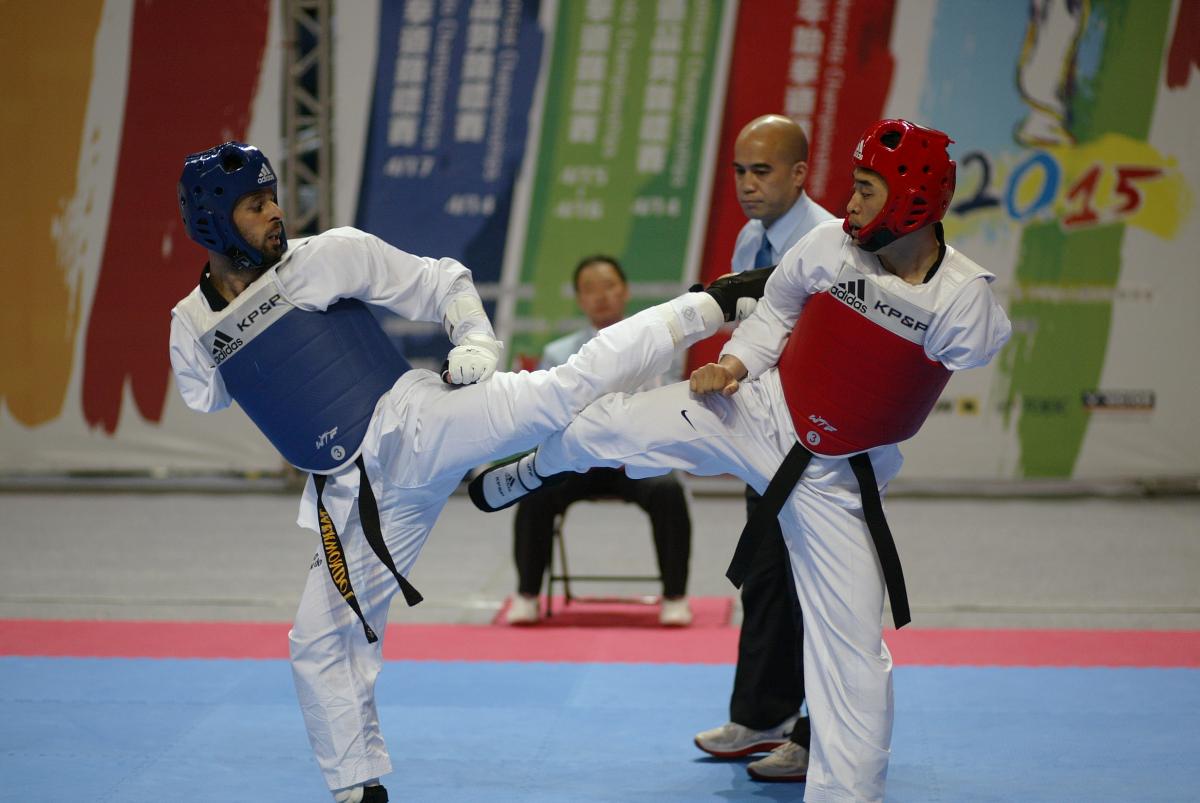 “Para-taekwondo has developed considerably in recent years and this was demonstrated by the International Paralympic Committee’s (IPC) decision to include the sport in the Tokyo 2020 Paralympic Games sports programme."

The Pan American Taekwondo Union (PATU) and the Americas Paralympic Committee (APC) have signed a historic memorandum of understanding (MoU). With the agreement, the two organisations have committed to work together for the development of para-taekwondo across the Pan American region with the aim of the sport one day being included in the Parapan American Games.

The MoU was signed by PATU President Master Jiho Choi and APC President Jose Luis Campo during an official ceremony of the Argentina Taekwondo Open on 30 August 2015 in Buenos Aires. As part of the MoU, the APC and PATU will encourage greater co-operation between their member national associations and National Paralympic Committees (NPCs) for the promotion of para-taekwondo in each country. PATU will follow the APC recommendations and standards for inclusion in the Parapan American Games.

“Para-taekwondo has developed considerably in recent years and this was demonstrated by the International Paralympic Committee’s (IPC) decision to include the sport in the Tokyo 2020 Paralympic Games sports programme,” Campo said. “Para-taekwondo provides people of all impairments with the opportunity to engage in sport, and we will work with our NPCs to encourage them to spread greater awareness of the sport in their countries.”

“Under our new partnership, we will also work with PATU to assist in the promotion of the Pan American Para-Taekwondo Championships,” Campo added. “We welcome para-taekwondo’s interest in taking part in the Parapan American Games.”

Under the leadership of the World Taekwondo Federation (WTF), PATU has increased participation in para-taekwondo in the Pan-American region in recent years. The WTF has hosted the Pan America Para-Taekwondo Championships on three occasions and has seen a steady increase in participation as more athletes have been attracted to the global sport.

There are currently over 100 WTF licenced athletes in the Pan-American region. That number is expected to rise with taekwondo now part of Tokyo 2020 and set to be a demonstration sport at the INAS Global Games (20-27 September) in Quito, Ecuador.

“We are working with all our continental unions to encourage them to develop para-taekwondo within their regions in order to increase participation worldwide,” WTF President Chungwon Choue said. “We fully support the MoU signed between PATU and the APC. And we hope that the increased cooperation between the two organisations will allow us to begin to realise the huge potential that exists for para-taekwondo in the Pan American region. It would be a great honour for para-taekwondo to one day be part of the Parapan American Games.”