Anne d’Ieteren will now serve as Vice President and Secretary General of the Paralympic Movement in Belgium. 27 Jan 2014
Imagen 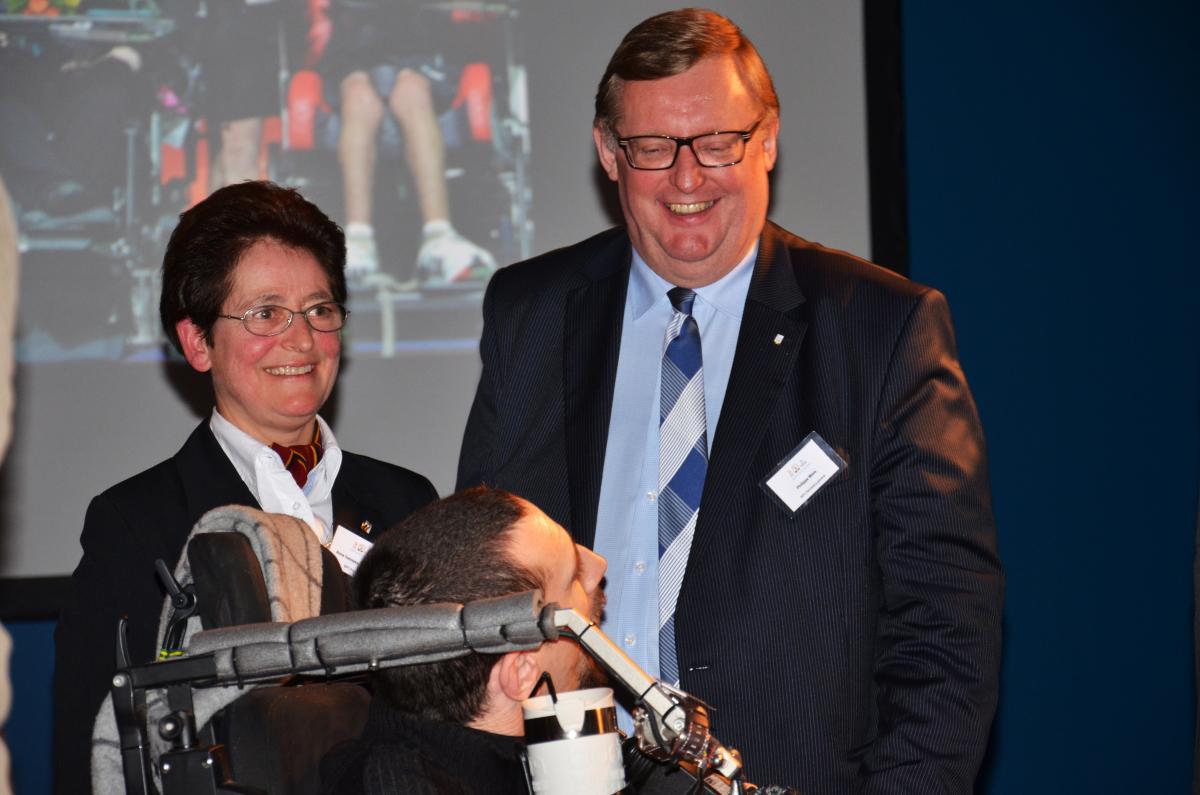 Anne d’Ieteren (left) has been appointed new President of the Belgian Paralympic Committee as Philippe Mees (right) left the role.

Belgium are on the path to bettering their London 2012 Paralympic performance at Rio 2016 Games. In London, Belgium won seven medals, including three golds.

Anne d’Ieteren has passed the presidential torch this month on to Philippe Mees after a successful four-year term as the head of the Belgian Paralympic Committee (BPC).

In March 2013, the Belgian Paralympic Committee’s General Assembly decided to support the well-oiled d’Ieteren-Mees tandem for another four-year cycle until after the Rio 2016 Paralympic Games.

However, as the charter of the BPC requires that the presidency alters every four years between the Ligue Handisport Francophone and Parantee – the two regional members of BPC – it was decided to switch the positions of d’Ieteren and Mees.

D’Ieteren will continue her efforts for BPC as Secretary General and Vice President, combining these functions with her mandate as President of the Ligue Handisport Francophone, BPC’s French-speaking league.

Belgium are on the path to bettering their London 2012 Paralympic performance at Rio 2016 Games. In London, Belgium won seven medals, including three golds.