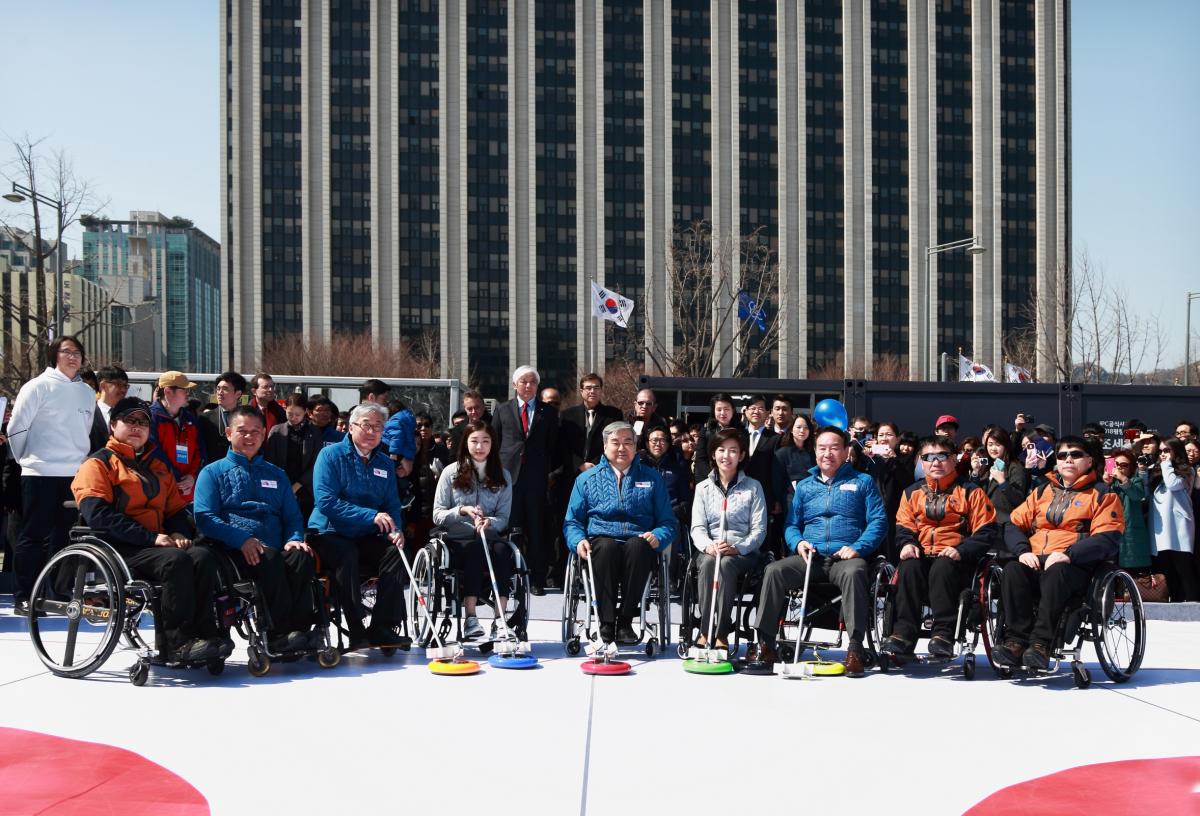 Participants at the first National Paralympic Day in South Korea get ready to try wheelchair curling.

The PyeongChang Organising Committee for the 2018 Olympic & Paralympic Winter Games (POCOG) has launched a new Paralympic Day celebration event open to the public which the organising committee plans to host every year until Games time.

This annual appointment will help promote enthusiasm among the public for the PyeongChang 2018 Paralympic Winter Games, while also enhancing awareness and understanding of the challenges of competing in high level sports events with physical impairments.

The Paralympic Day celebration has its own signature slogan of “It’s your turn!”

The first day of the event this year featured a Proclamation Ceremony with a PR Booth and exhibitions of para sports equipment among other things. The ceremony also had a Wheelchair Curling and Ice Sledge Hockey experiencing zone for those in attendance to have the chance to see what it feels like to get into the sports. After the ceremony, there were various events and shows for the public to see and participate in.