All four Portuguese athletes progress to next round, with Korea also shining. 05 Sep 2012
Imagen 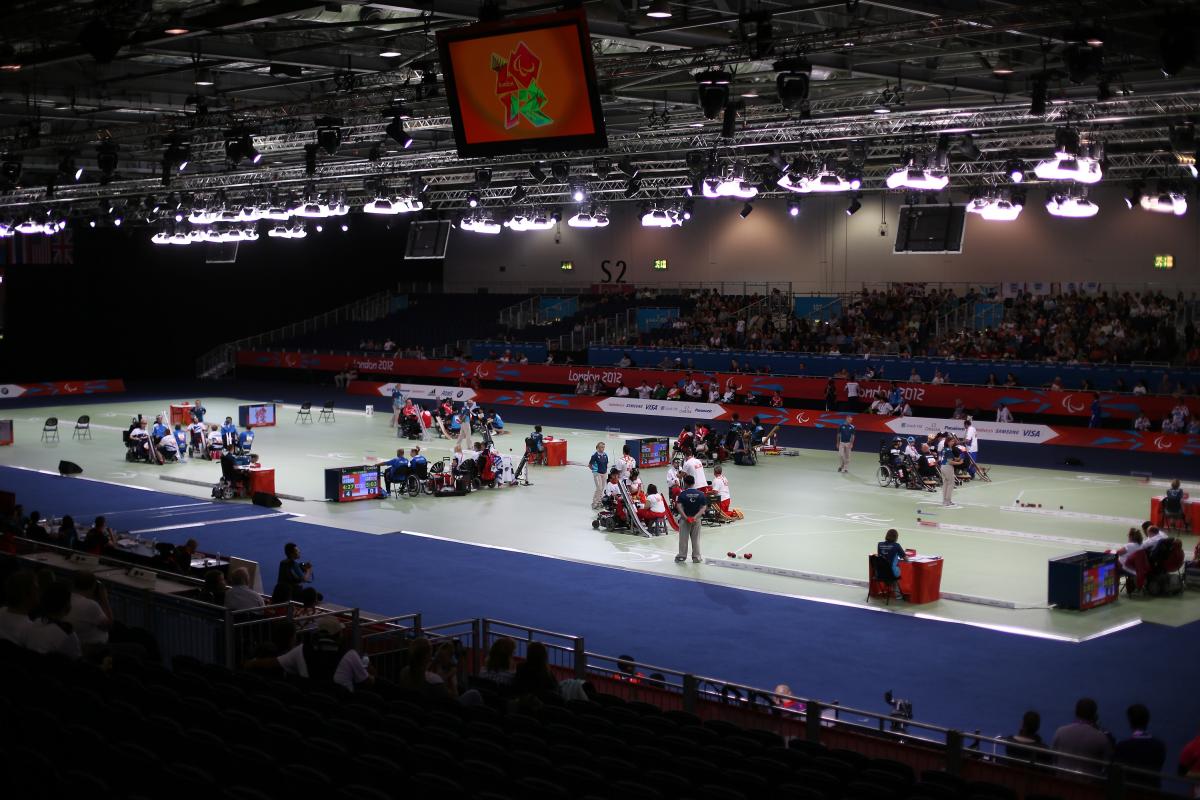 “I was a bit anxious, a bit nervous, but I managed to control the game. This one is done and now I'll reflect on my mistakes.”

A busy day at the ExCel Arena saw 34 matches played as the individual Boccia competition got underway.

Supporters of Portugal had the most reason to cheer as all four of their athletes, including Joao Fernandes, progressed to the next round while Korea also performed well to ensure three of their four players still have a chance of a podium finish.

Fernandes already has two BC1 Paralympic gold medals and although he was happy with elements of his performance, he feels he will have to improve if he is to win a third.

“I was a bit anxious, a bit nervous, but I managed to control the game,” he said after beating Mei Yee Leung for Hong Kong. “This one is done and now I'll reflect on my mistakes.”

There were also wins for Norway’s Roger Aandalen, Qi Zhang from China and Jose Chagas de Oliveira in the BC1 category. Great Britain’s David Smith progressed as well, and he will be relieved to have come back from 4-0 down at the halfway point to win 6-4.

A series of gripping matches in the BC2 category entertained the crowd, and there were mixed fortunes for two members of the Thailand squad that took gold in the team event. Against Hidetaka Sugimura of Japan, Watcharaphon Vongsa won in a tie-break after dramatically securing four points in the fourth end to level the scores at 5-5. However, teammate Mongkol Jitsa-Ngiem was on the receiving end of a late comeback from Korea’s Jeong Min Sohn, who scored two points in the last end to triumph 5-4.

Vongsa attributed his stunning comeback to staying cool under pressure, but admitted his performance in the first three ends had not been good enough.

“The first two ends were not what I liked or expected, or how I wanted to play,” he said. “I was a little bit agitated.”

There were fewer surprises in the BC3 matches, with some of the favourites posting emphatic scores on their way to the next round. Gold medallist from Athens, Paul Gaulthier from Canada, won 7-1 versus the USA’s Austin Hanson, while Korea’s Ye-Jin Choi was impressive on her way to a 10-0 victory over Nikolaos Pananos from Greece.

On a disappointing day for Spain, Jose Dueso Villar played China’s Yuansan Zhang in the only scheduled BC4 game. The seeding match finished 9-0 in favour of Zhang who will now get a more favourable draw, and was described as being “a bit like an elephant” by his opponent.

“It did not go down very well,” continued Dueso Villar. “The match was not difficult in terms of strategy but he was really strong.”