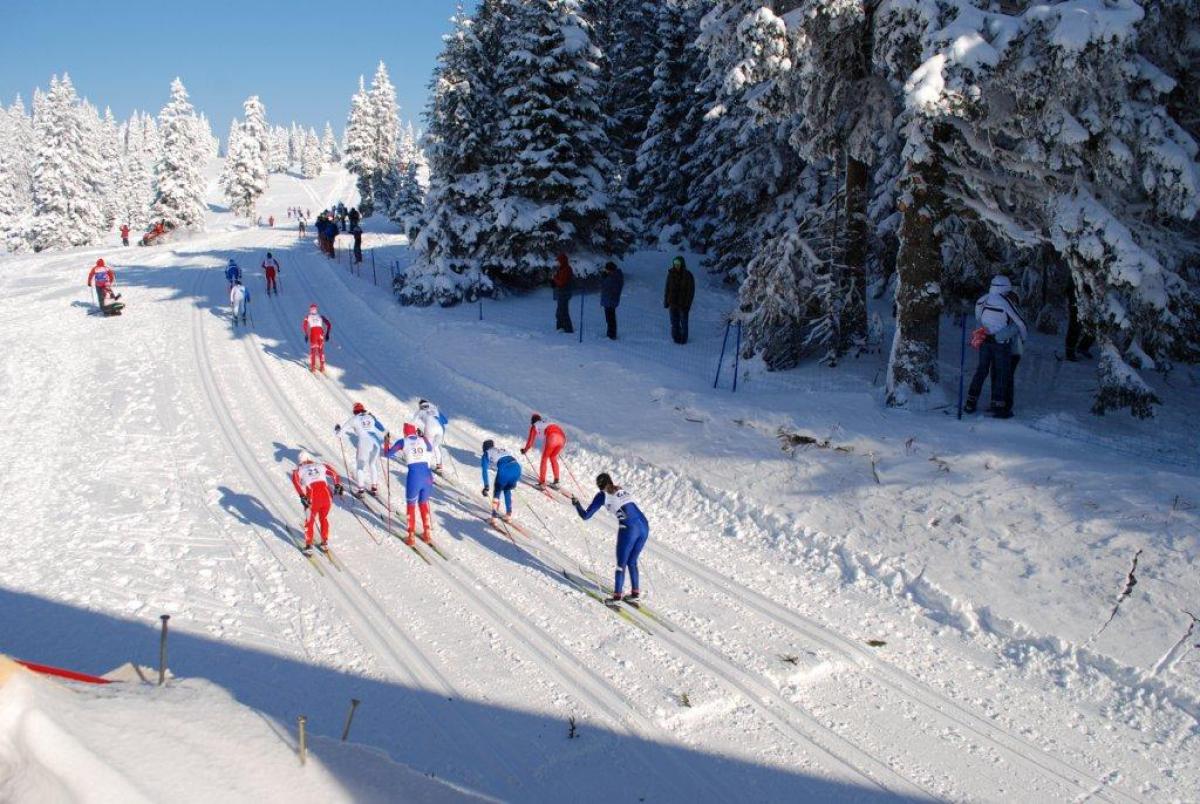 Athletes line up on the cross-country course in Rogla, Slovenia.

Situated in the beautiful Savinjska region, Rogla has been host to a number of high profile able-bodied skiing events, including the FIS Cross-Country World Cup in 2011.

Members of the International Paralympic Committee Sport Technical Committee visited Rogla in Slovenia last week (3 June) to assess their facilities as a potential world cup site and in relation to their potential bid for the 2017 cross-country and biathlon World Championships.

A number of items were assessed including courses, accommodation, infrastructure and catering.

Situated in the beautiful Savinjska region, Rogla has been host to a number of high profile able-bodied skiing events, including the FIS Cross-Country World Cup in 2011.

The venue has a large stadium with capacity for both cross-country and biathlon, homologated FIS trails suitable for standing courses and equally suitable terrain for sit-ski courses. The venue is at 1500m elevation.

The delegation was impressed with the existing hotel and chalet complex, which would be large enough to host athletes and teams. While there are accessibility limitations in the older complex, a new hotel is currently under construction and due for completion in June 2014. This would include additional accessible rooms and an integrated restaurant.

In addition there is a fully accessible hotel resort and conference centre in Zrece, 17km from Rogla that was used for the IPC Alpine Skiing World Cup last year in technical disciplines.

Encouragingly, there are very good partnership arrangements in place with the local sports institute, and the new biodynamic laboratory in nearby Ljubjana has expressed an interest in working with para-athletes.

The event organisers have previously coordinated European Cup events and the FIS World Cup in 2011. They have expressed an interest in hosting IPC Cross Country skiing and Biathlon events on an ongoing basis, beginning with a World Cup in 2014/15 and including the World Cup in 2017 as well as training camps, courses and meetings. For the next season a schedule was made for IPCAS World Cup and Europa Cup in Snowboard Cross disciplines.