The white tiger Soohorang and the Asiatic black bear Bandabi, the official mascots for the 2018 Olympic and Paralympic Winter Games, will make a nationwide promotional tour. 18 Jul 2016
Imagen 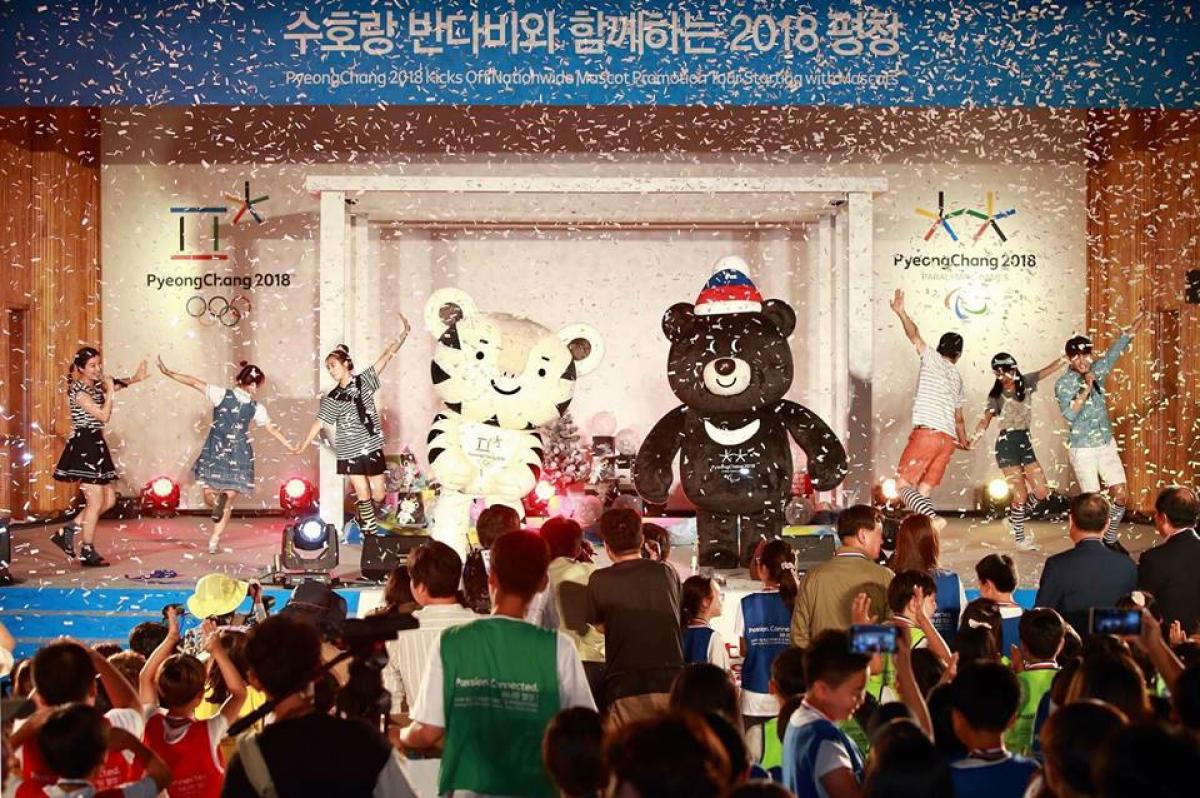 The white tiger Soohorang and the Asiatic black bear Bandabi are the official mascots for PyeongChang 2018.

The official mascots for PyeongChang 2018, the white tiger Soohorang and the Asiatic black bear Bandabi, will make a nationwide promotional tour to raise awareness of the 2018 Olympic and Paralympic Winter Games.

The PyeongChang 2018 Organising Committee (POCOG) held its first event at the Hoenggye Elementary School following the announcement of the tour, being the first time that full-sized mascots made their public appearance.

A total of 150 students attended the event, which was an exciting opportunity to trigger interest in winter sports among the youth. South Korean athletes, including Olympic champion Kim Yuna, served as daily instructors.

“Today’s event took place to show our mascots Soohorang and Bandabi as symbols of communication and interaction with the world,” said POCOG President Hee-beom Lee.

“The tour will also hit the Rio 2016 Games to get more active international promotion and reach major cities and festivals in Korea.”