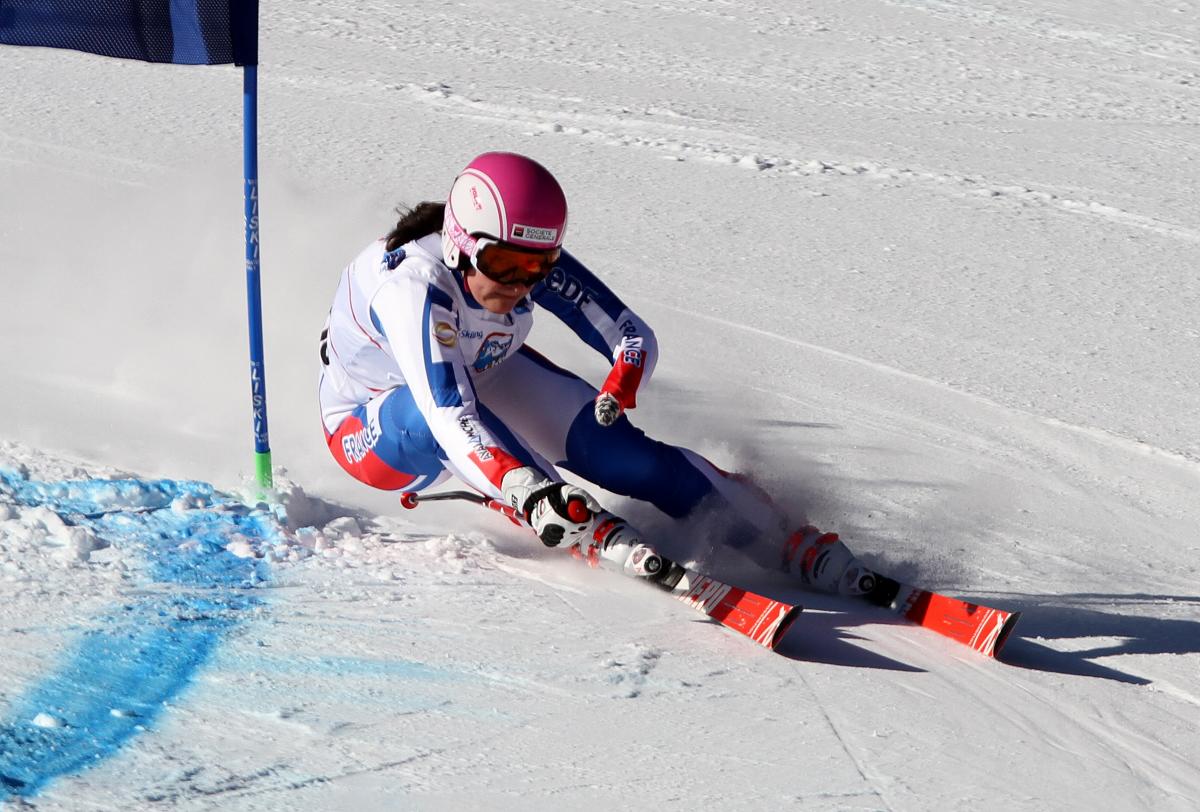 “In March, at PyeongChang I found good sensations on the tracks, the same tracks where I will try to perform at the next Paralympic Games. But objectively I could not hope for better. I learned a lot this past season and I regained confidence in myself. I feel stronger than before.”

Marie Bochet said she feels stronger than before, as the 14-time world champion aims to rebound from a season she described was “complicated.”

The French alpine skier came back from injury in time for the 2017 World Championships in Tarvisio, Italy, where she won three gold and two silver medals. Her two silvers came from her last two events of the Worlds – the slalom and giant slalom. But the 23-year-old said she felt her fitness cave in toward the end of the competition.

“The 2017 season was complicated, disruptive, full of doubts and frustrations,” Bochet described. “This is really the first time that an injury, quite innocuous, compromised my sporting season. This wound did not happen by accident: I was tired, a little diminished.

“Despite the disappointment, I finally enjoyed this time of rest and rebuilding and I made every effort to get back to the best level,” she said.

Bochet broke her shin bone while training in super-G at the end of October 2016 and put her out of action from the beginning of the 2016-17 season.

Tarvisio 2017 was her first time back on the slopes competitively. While she showed good form to take home medals in all her events, she herself did not feel strong.

“Making a comeback in the World Championships was very [demanding] because I did not have the stamina to perform in my five competitions; it was clear that I missed two months of training,” Bochet said.

Germany’s Andrea Rothfuss has been chasing Bochet for many years and finished runner-up to Bochet in four events at the 2015 World Championships in Panorama, Canada.

However, the 27-year-old took note of Bochet’s flaws and beat her French rival by close margins to take home the two world titles. She is expected to battle Bochet for the top of the podium in six months’ time.

Bochet was able to get a feel for the PyeongChang 2018 course, as she took on the Test Event later that season. Winning all her races, Bochet left on a positive note that carried her into the offseason – which is what her body needed without the pressure of competing.

“In March, at PyeongChang I found good sensations on the tracks, the same tracks where I will try to perform at the next Paralympic Games,” she said. “But objectively I could not hope for better. I learned a lot this past season and I regained confidence in myself. I feel stronger than before.”

“I want to have fun before anything else!” Bochet said of her goals and expectations in March. “However, it is obvious that I want to produce my best skiing and have no regrets when flying back home.”