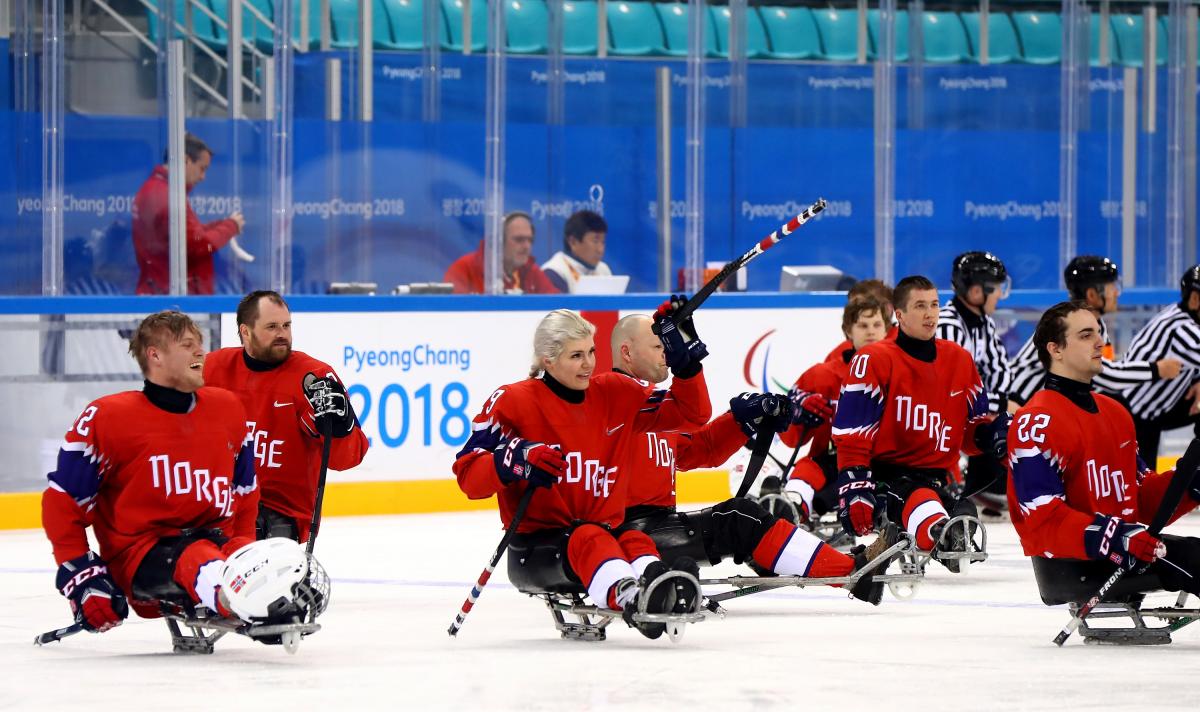 Norway picked up its first win at the PyeongChang 2018 Paralympic Winter Games on Tuesday (13 March), defeating rivals Sweden, 3-1, in a battle of two of Para ice hockey’s original teams.

Playing in his second Paralympics at just 22 years old, forward Magnus Bogle tallied a goal and an assist to help Norway gain three points and finish the preliminary round in third place in Group A.

“It’s always good to get that first victory under our belts. I wish we had it on Saturday, but nonetheless it is always nice to win, ” a soft-spoken Bogle said. “Of course we are neighboring countries with Sweden, and both teams have been up high in the sport for a long time and it is very nice to beat them, but when we go off the ice we are all friends. It is very different than Canada and the US.”

It was not just the result that made it a landmark day for Norway, after Lena Schroeder made her Paralympic debut to become the first woman since 1994 to compete in Para ice hockey at the Games.

With just under three minutes left in the opening period – one in which Sweden was plagued by 14 penalty minutes – four-time Paralympic defenceman Knut Andre Nordstoga scored for Norway off a helper from Bogle. It was then Bogle who doubled Norway’s lead on a power play, tipping in a beautifuly perfect pass from Martin Hamre from directly across the ice.

Sweden put itself on the scoreboard 1:35 into the third period when Maximillian Gyllsten, who played able-bodied ice hockey for 16 years before his leg was amputated after a car accident in 2013, notched his team’s first goal at the Gangneung Hockey Centre.

Bogle then padded Norway’s lead with another tally, assisted by Morten Vaernes, with 1:15 remaining in the contest.

Goaltender Kissinger Deng, who fled from Sudan to Egypt with his family at age nine to escape the civil war, played all 45 minutes and finished with nine saves for Norway, and Ulf Nilsson racked up 16 saves for Sweden.

The victory secures Norway a third-place finish in Group A with four points, while Sweden finishes fourth without any points. Both teams will return to the ice on Wednesday (14 March) for placement matches. 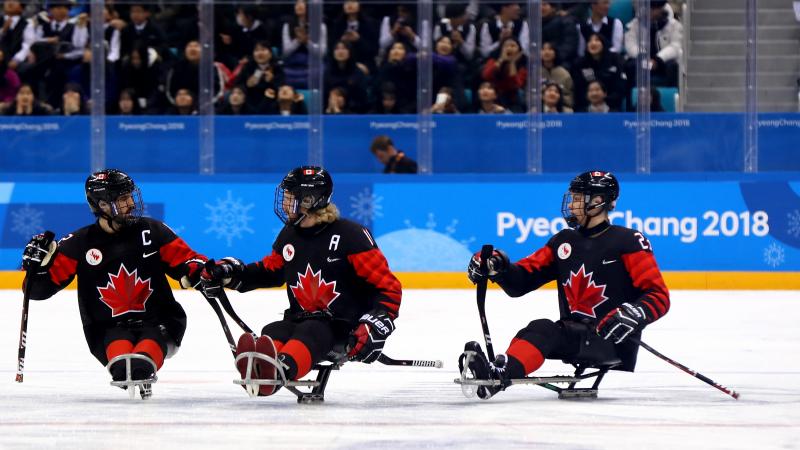 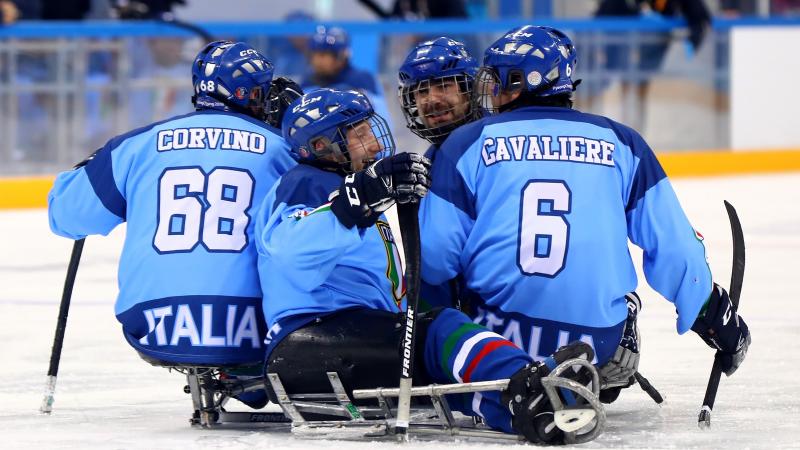 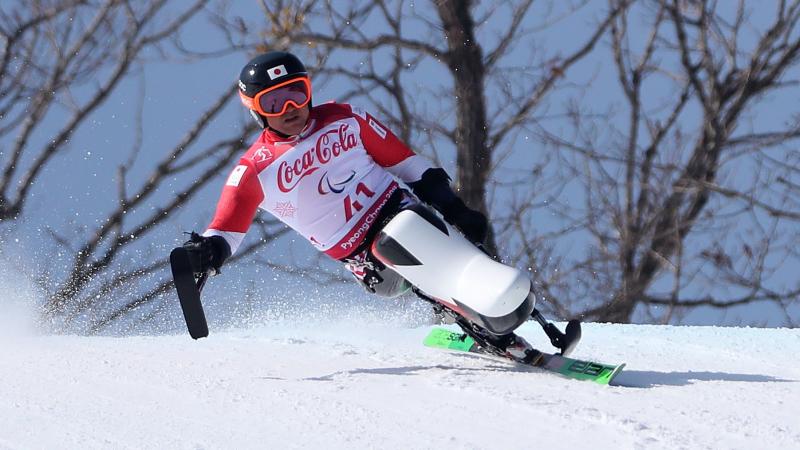 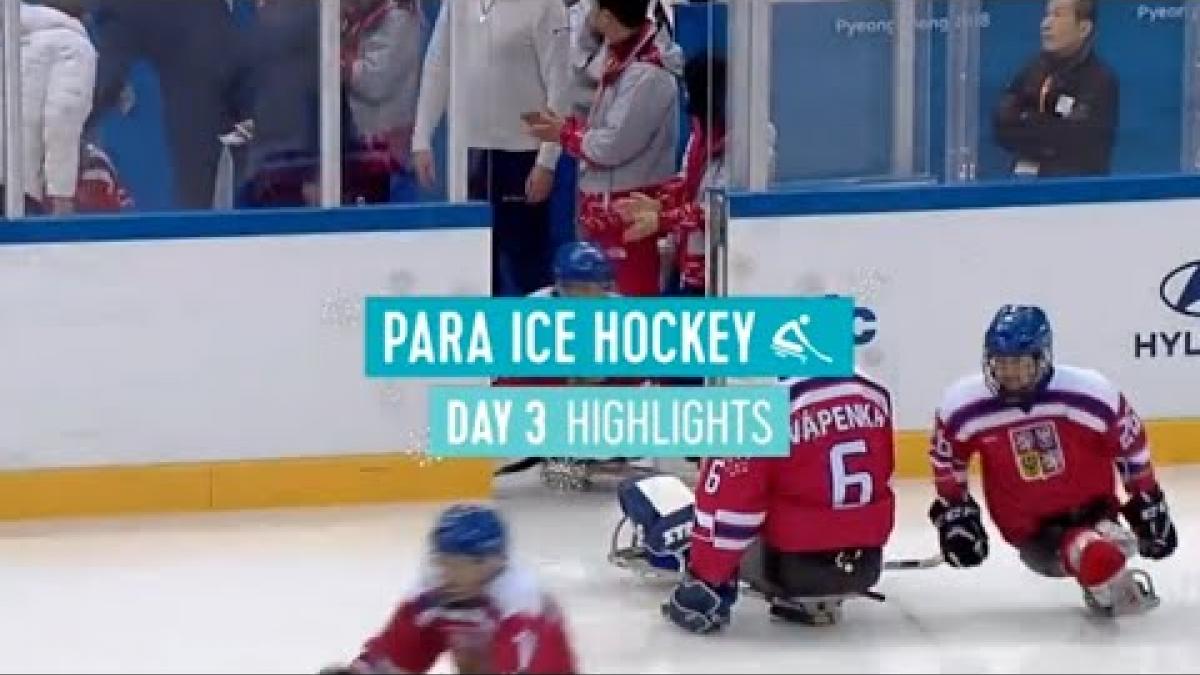