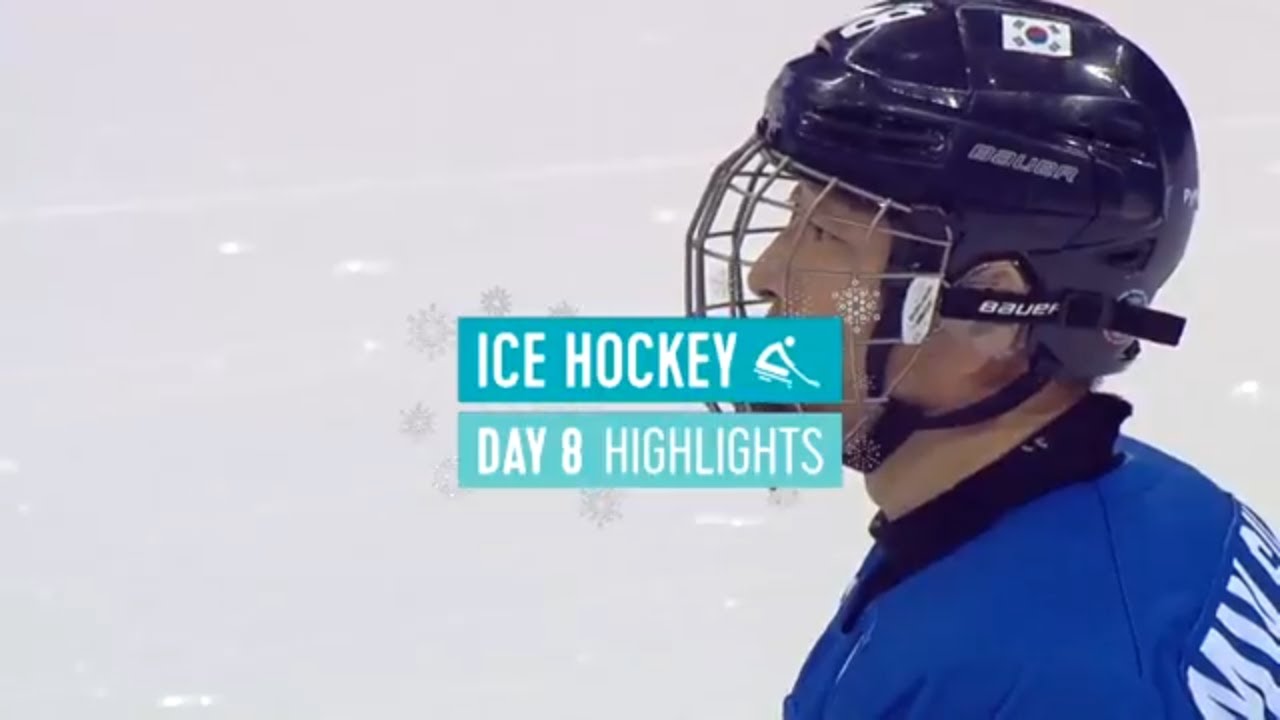 Time was winding down in the third period of the PyeongChang 2018 bronze medal game between South Korea and Italy on Saturday (17 March) with the game still scoreless as only 3:18 remained on the clock.

That is when the magic happened for the host nation.

Star speedy forward Seung-Hwan Jung retrieved the puck from behind the net and whipped it around into the front of the crease, where it tipped off Dong-Shing Jang’s stick and through the goal line for what would stand to be the game-winner after undergoing an official review.

The crowd at the Gangneung Hockey Centre, which included South Korea’s President Moon Jae-in and First Lady Kim Jung-sook, let out an electrifing standing ovation for the team twice – first after scoring the goal and second after fending off Italy’s last-second shot attempts before the final buzzer sounded.

South Korea, following nearly a decade of building its Para ice hockey programme for these Games, sealed its first Paralympic medal in the sport 11 months after taking bronze at the 2017 World Para Ice Hockey Championships at the same venue.

“This was my third time at the Paralympic Games, and I cannot even begin to express how glad I am and all the feelings I’m having right now,” Jang said. “Seung-Hwan told me after that I had actually put the goal in the net, and I didn’t believe him at first. I was just trying to process it and all of this – I’m numb about the whole thing I’m so happy.”

South Korea also successfully flipped the script from the last two times the teams faced each other on the international stage, when the Italians stunned the South Koreans in a thrilling penalty shootout, 3-2, at last year’s World Championships.

Much of that can be credited to goaltender Jae-Woong Lee who made the start net for South Korea on his 22nd birthday and recorded a magnificent shutout performance with nine saves on the day.

“This was the best gift for me. I cannot even tell you how glad I am today,” Lee said. “I basically dedicated my whole year to this game – I put everything into it.”

Italian goaltender Gabriele Araudo, who took up the sport after seeing it at the Torino 2006 Games, tallied 13 saves before allowing the puck to go in with just over three minutes remaining in the contest.

It marked the lowest scoring game of the PyeongChang 2018 tournament, yet one of the closest and most memorable finishes in the sport’s history across any event.

Despite the loss, European silver medallists Italy were more than pleased with their performance this week, according to defenceman Andrea Macri, the sport’s liaison to the IPC Athletes’ Council who led his team with 27:29 minutes of ice time in the game.

“It’s a game, and the beautiful part is someone wins and someone loses,” Macri said. “All of this, though, was a great result for the sport of Para ice hockey, the Paralympic Movement and Italy.”

Meanwhile, the ambassador that he is for the sport, South Korea’s alternate captain Jung, nicknamed “Messi on Ice,” hopes this means even greater this for the future of South Korea’s programme.

“I’m very happy about this, and just as importantly that I could share this victory with the sold-out crowd today,” Jung said. “The audience cheered us on so much today and got behind us, and I hope this inspires more athletes in our country to take up the sport in the future.”

Every competition as well as the Closing Ceremony can be watched live right here on the International Paralympic Committee’s website. Highlights of each day’s action are also be made available. 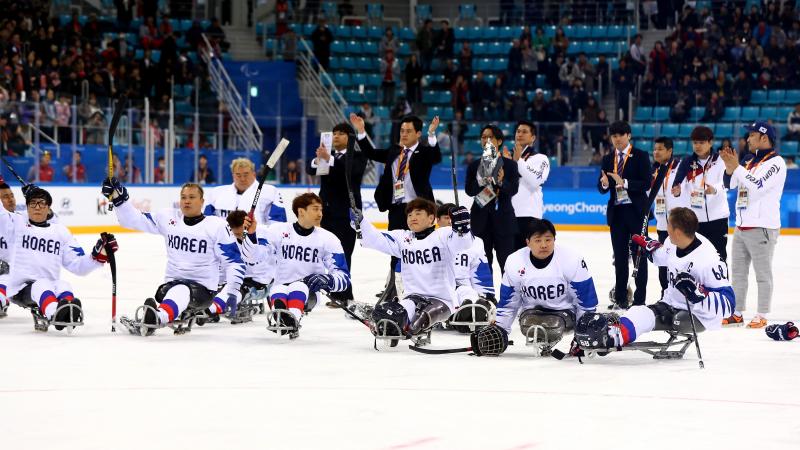 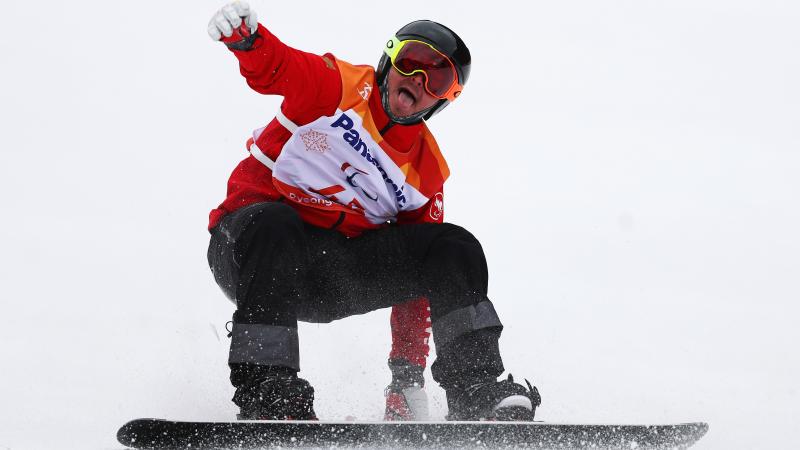 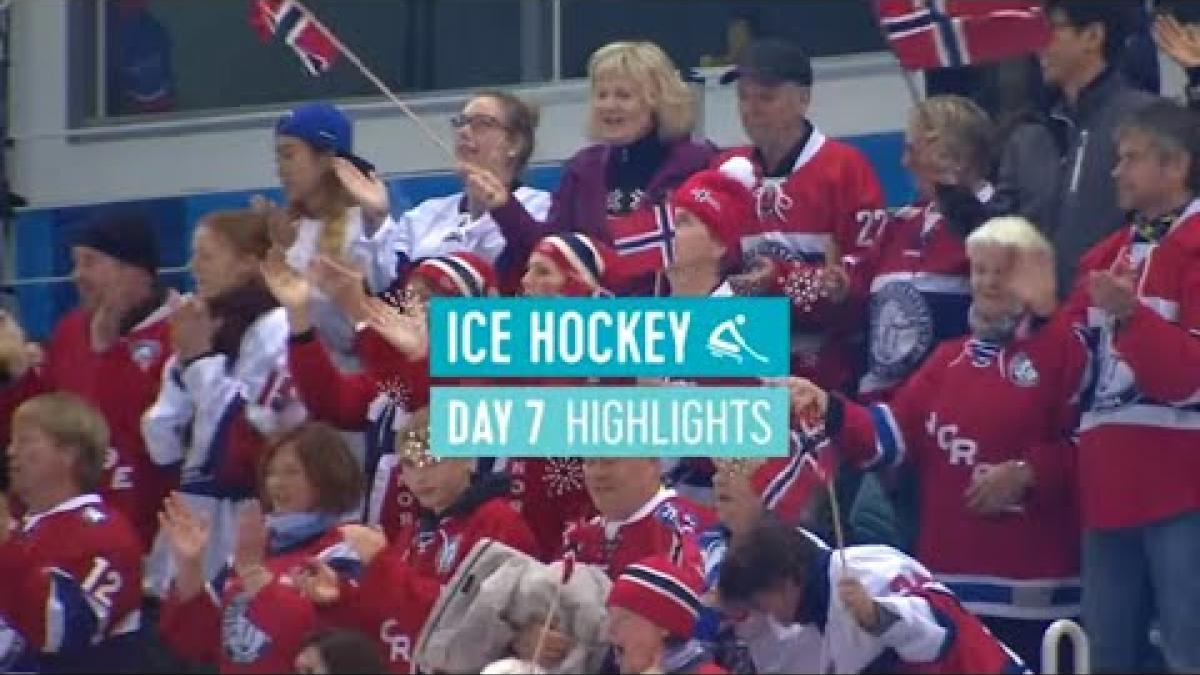 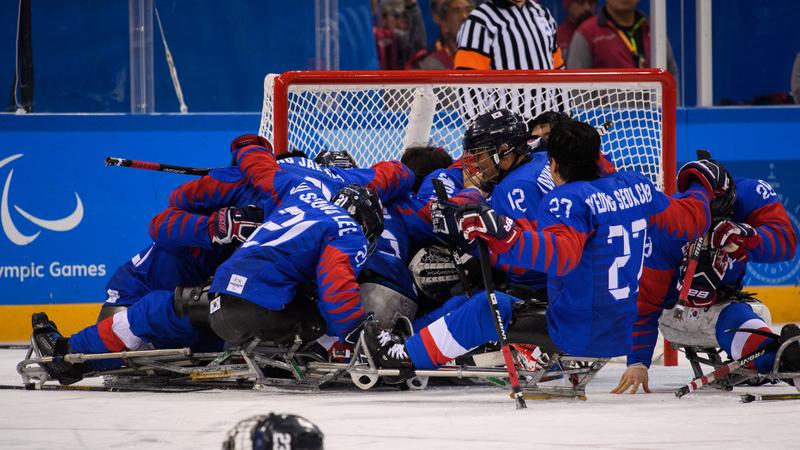