Organising Committee also announces the names of the venues that will be used in 2018 for the Winter Paralympics. 08 Jan 2015
Imagen 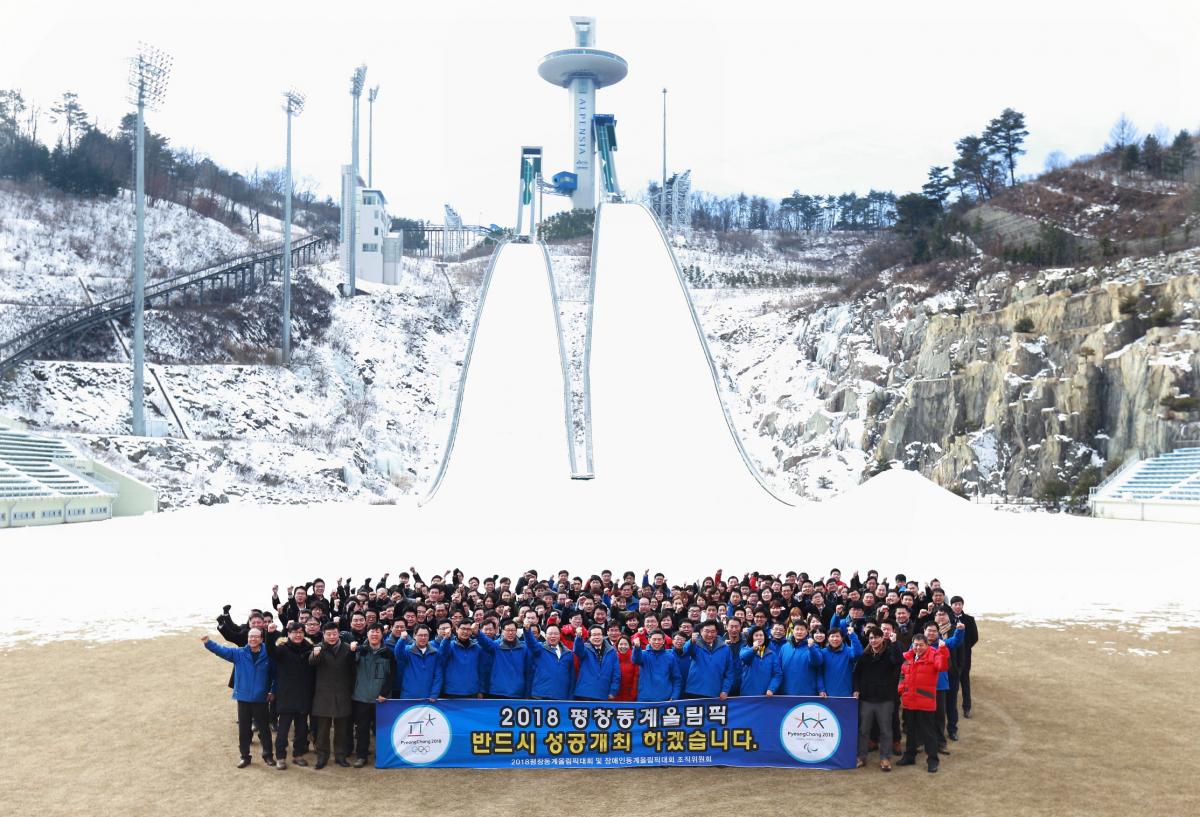 Members of the PyeongChang 2018 Organising Committee
ⒸPOCOG
By PyeongChang2018

The PyeongChang Organising Committee for the 2018 Olympic & Paralympic Winter Games (POCOG) began the new year with a strong resolution for successful preparation of the Games.

Some 200 POCOG staff and executives gathered at the Alpensia Resort, centre of the 2018 Games' PyeongChang Mountain Cluster, to greet the start of the year 2015. Following an executive round-table conference, staff members toured competition venue sites including the Alpensia Ski Jumping Centre and Jeongseon Alpine Centre.

Holding the New Year kick-off meeting in the Host City signifies POCOG's will to focus on venue-oriented Games preparations this year, based on each functional area's plans established so far.

PyeongChang 2018 also announced the names for the venues that will be used during the Winter Paralympics.

Biathlon and cross-country events will take place at the Alpensia Biathlon Centre and Alpensia Cross-Country Centre located in the main centre of the Mountain Cluster.

Yulgok Hockey Centre will host ice sledge hockey whilst Gangneung Curling Centre will be the venue for wheelchair curling.