A rerun of 2004 Games on boccia field of play

Portugal’s Joao Fernandes will once again attempt to beat Roger Aandalen of Norway in the BC1 mixed individual event in a rerun of the Athens 2004 Paralympic Games. 06 Sep 2012
Imagen 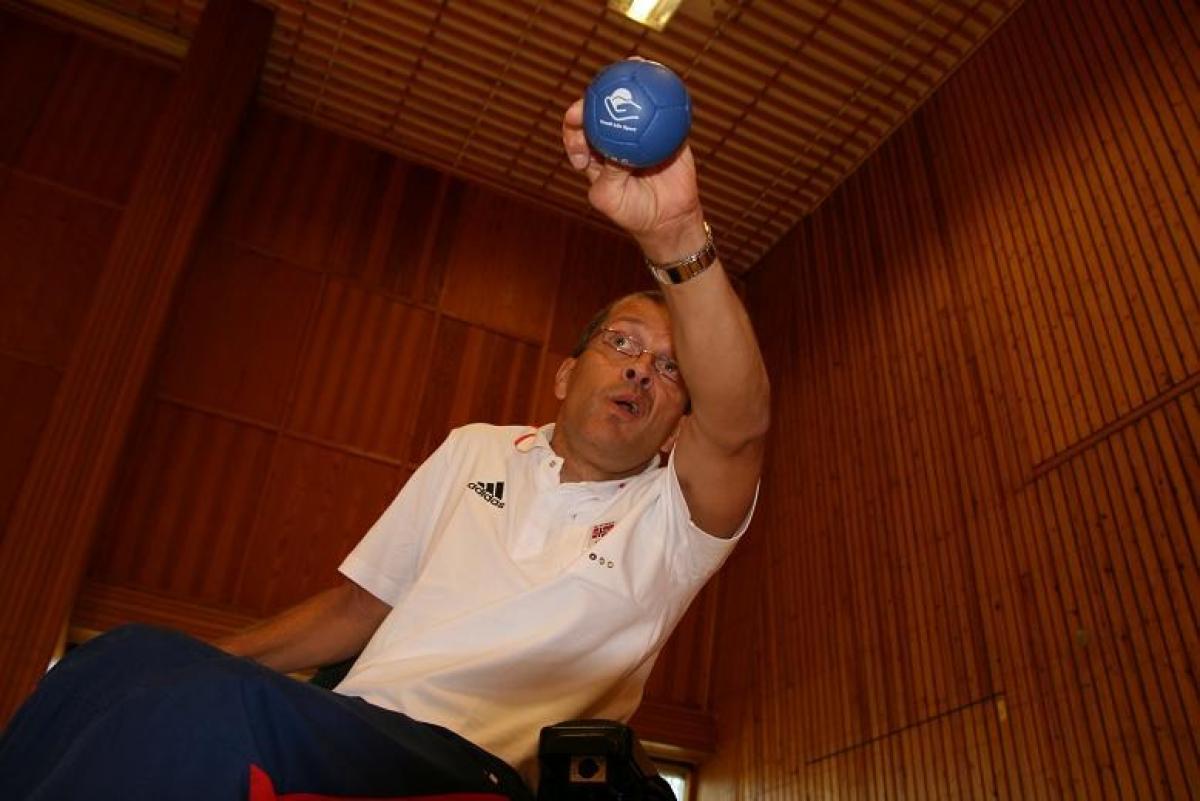 In the BC4, mixed pairs silver medallist Leos Lacina of the Czech Republic gets an early for revenge when he faces Dirceu Pinto in the last 16.

Thailand is guaranteed a representative in the individual Boccia semi-finals after Witsanu Huadpradit and Pattaya Tadtong were drawn against each other in the BC1 mixed individual quarter-finals.

And in a rerun of the Athens 2004 Paralympic Games final, Portugal’s Joao Fernandes will once again attempt to beat Roger Aandalen of Norway. Home crowd favourite, David Smith, faces the dangerous Qi Zhang from China, and surprise package, Jose Chagas de Oliveira takes on Korean Myeong-Su Kim. The Brazilian has already beaten Kim’s teammate, Kwang-Min Ji, and he does not see any reason why he cannot go to the final.

“I think I still have a good chance to get a medal and for the rest of the competition,” he said. “The person who is the best will win.”

In the BC3, British competitors Jacob Thomas and Scott McCowan both have tough draws in the last 16. Thomas will have to find a way to beat Grigoris Polychronidis, who already won gold for Greece in the mixed pairs, while McCowan challenges world number one Ho Won Jeong from Korea.

“It's going to be a tough game,” said McCowan. “He's the world number one for a reason. But the fact that I've already had a game to get into this singles tournament is a positive, and with that crowd backing me I can't help but perform well.”

With convincing wins in the round of 32, Brazil’s Daniele Martins and Paul Gauthier of Canada, who won individual gold at the Athens 2004 Paralympic Games will also expect to progress.

Japanese player Takayuki Hirose enters the last 16 of the BC2 event full of confidence following his 12-0 win on Wednesday (5 September). However, his opponent, Nigel Murray from Great Britain, received a bye as one of the highest seeds and Hirose is more than aware of the size of the task he faces.

“The next opponent is very strong, a British player, so that is going to be the most difficult one for me,” he explained. “The next game is the big mountain that I have to overcome. Today was a good start but I have to focus on my next match.”

In other matches in the category, there is an all-Asian clash pitting Jeong-Min Sohn of Korea against Thailand’s Watcharaphon Vongsa, while China’s Kai Zhong will take on Cristina Goncalves from Portugal.

In the BC4, mixed pairs silver medallist Leos Lacina of the Czech Republic gets an early for revenge when he faces Dirceu Pinto in the last 16. Pinto was part of the Brazilian duo that took gold against the Czechs on Tuesday (4 September), while Lacina’s partner, Radek Prochazka, also has a tough assignment versus world number three, Jose Dueso Villar of Spain. The Spaniard suffered a heavy 9-0 defeat to Yuansan Zhang of China in the seeding matches meaning his path to the final will be more difficult, although he has no fear of facing Prochazka.

“I am not going to make any changes,” said Dueso Villar. “I have played against him before so I am confident it will go well.”

Nigel Murray competes in the Team BC1-2 Semi-final against China at the Beijing 2008 Paralympic Games.