Around 110 athletes from 18 countries compete at one of the largest international boccia events of the year in Portugal. 23 Jun 2014
Imagen 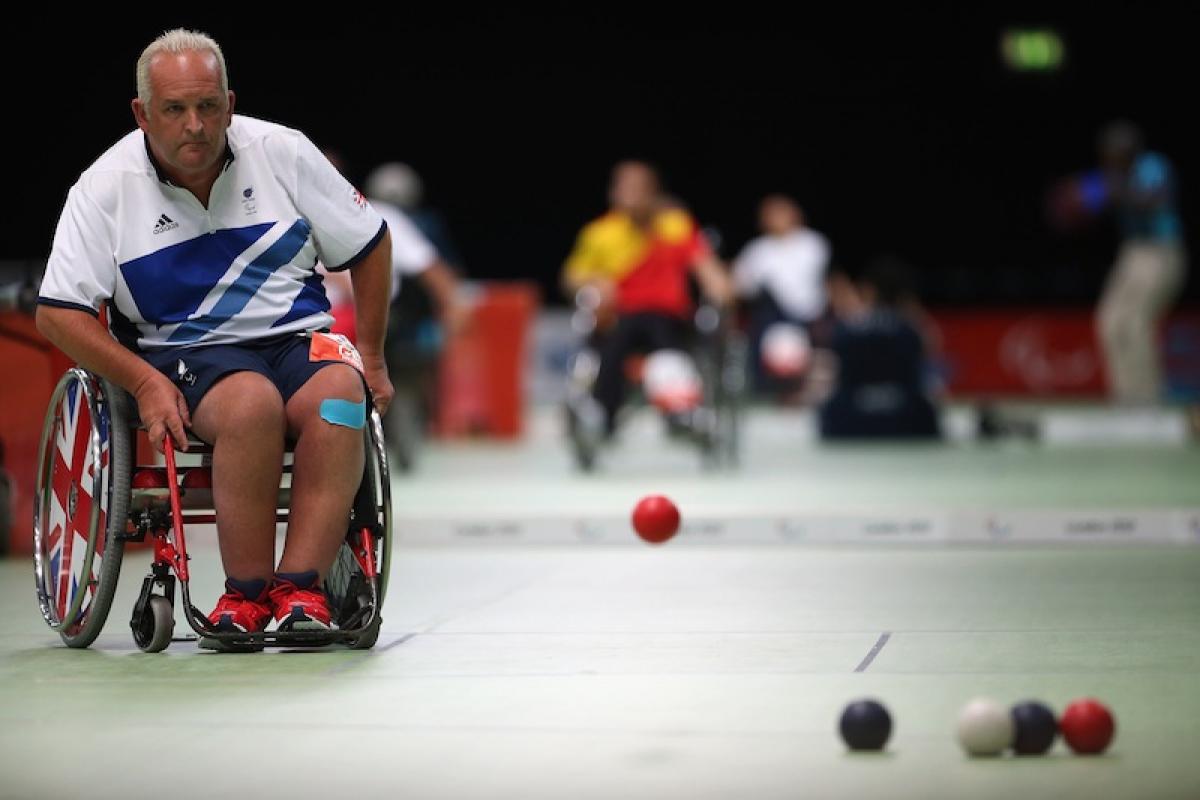 Around 110 athletes from 18 countries were in action and it was the hosts Portugal who took gold in the Teams BC1/BC2 event.

Around 110 athletes from 18 countries were in action and it was the hosts Portugal who took gold in the Teams BC1/BC2 event.

After topping their group, Portugal were too strong for Slovakia in the semi-finals securing a 9:4 win. In the other semi-final Great Britain faced Spain, and it was the London 2012 hosts with a team featuring David Smith, Martin Davis, Nigel Murray and Joshua Rowe, who came out the winner 5:2.

In the final, the Portuguese team of Joao Fernandes, Antonio Marques, Bernardo Lopes, Cristina Goncalves and Abilio Valente had too much for the British team and were worthy 9:5 winners.

The Pairs BC3 event was won by Belgium with the trio of Kirsten De Laender, Julie Lamberechts and Pieter Cilissen proving too strong for France in the final. Great Britain completed the podium with victory over Greece.

Hungary, courtesy of Dezso Beres and Laszio Hegedus, took gold in the Pairs BC4 after defeating Great Britain in the final 3:2. Canada edged out Portugal 3:2 in the bronze medal match.

Slovakia’s Robert Mezik defeated Portugal’s world No.2 Abilio Valente 5:2 to take gold in the BC2 class. Bronze went to the Netherlands’ Judith Bulthuis.

There was a shock in the BC3 competition with Portugal’s world No.15 Luis Silva beating Greece’s Paralympic gold medallist and world No.4 Grigorios Polychronidis 4:3 in a close encounter. Great Britain’s Scott McCowan defeated teammate Thomas Jacob to complete the podium.

The final individual event was in the BC4 class. Canada’s world No.2 Marco Dispaltro took gold after getting the better of Great Britain’s Stephen McGuire in the final 8:1. Samuel Andrejcik of Slovakia picked up the bronze after defeating Hungary’s Dezso Beres 5:1.