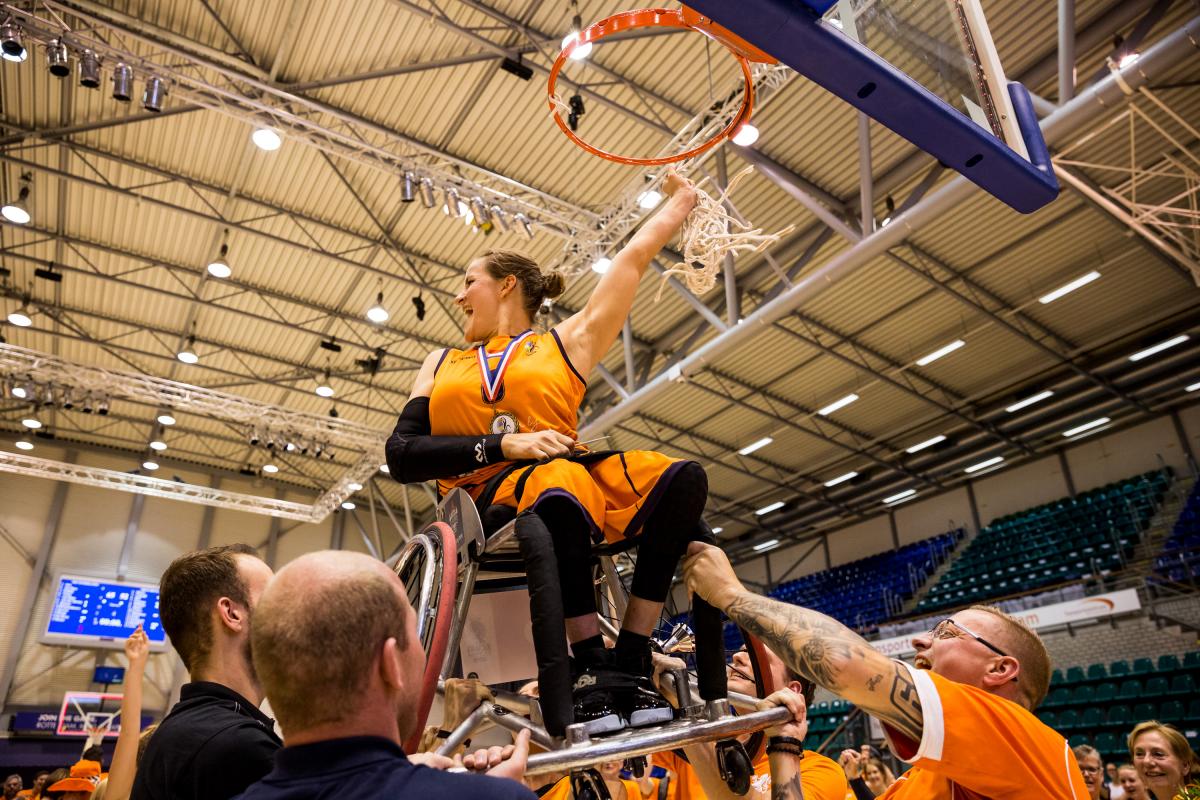 Jitske Visser cuts down the net to celebrate her team's victory

The Dutch reign continues in women’s wheelchair basketball, as the nation retained their European Championship crown on Sunday at home in Rotterdam.

The gold medal game was a much-anticipated rematch of the 2018 World Championships from last August.

Great Britain, who were making their first European final appearance, were out to show they are an improved team since the Worlds in Hamburg, Germany. But the Netherlands showed likewise on 7 July, trouncing their opponent 65-52 as they did in Hamburg.

It was a statement victory for the Dutch, who were coming off the programme’s first world title.

“Well of course it is an amazing feeling to win the game and I really think we went through our focus point to play hard on defense and even when GB made a little streak not to be upset and just do our thing, and we did what we set out to do, so we came out on top,” she added.

Great Britain got off to a strong start, completing the first quarter 17-8. But the Dutch turned up the notch, going on an 8-0 run to conclude the first half with the 33-20 lead.

The Netherlands opened the second half with outstanding offense, gradually extending their advantage 50-33 heading into the final quarter and never let up.

Bo Kramer added to the Dutch scoring with 21 points. Laurie Williams added life off the British bench with 14 points, while Amy Conroy had 11 points.

“The main thing we will take away is to deal with the pressure; the round robin games versus GB and Germany were really tough and I think it will be great in the next season if we can play those games with all twelve players,” Beijer said.

Germany came up one point short of a trip to the gold medal game, and that semi-final loss appeared to affect their focus entering the bronze medal match against Spain.

However, the 2018 Worlds bronze medallists managed not to leave Rotterdam empty-handed with the 53-38 victory.

Spain saw a 11-10 first-quarter advantage. But the side struggled to contain the German scoring in the second quarter. Lang especially found her range, bringing her team to a 29-21 half-time advantage.

Germany built a comfortable 16-point lead out of the break thanks to a 10-2 run. Miller was responsible for 14 of Germany’s 18 points in the final quarter to lock in the victory.

The Netherlands, Great Britain and Germany all secured spots for their nations at the Tokyo 2020 Paralympic Games. Spain’s top-four finish marked a historic feat in claiming a Paralympic debut. 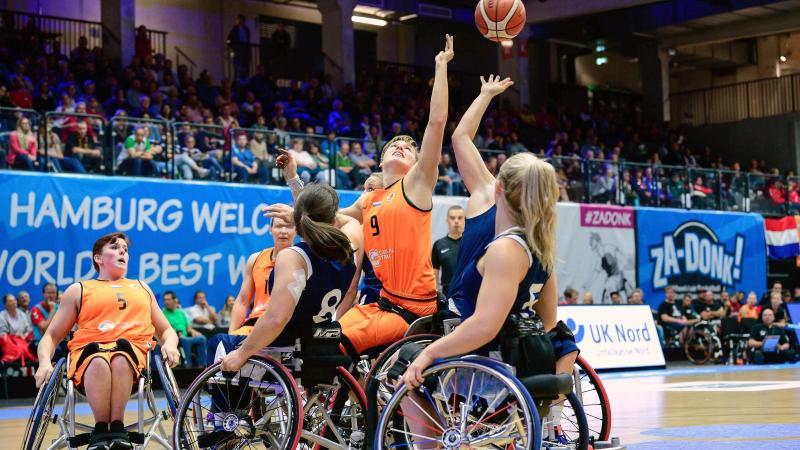