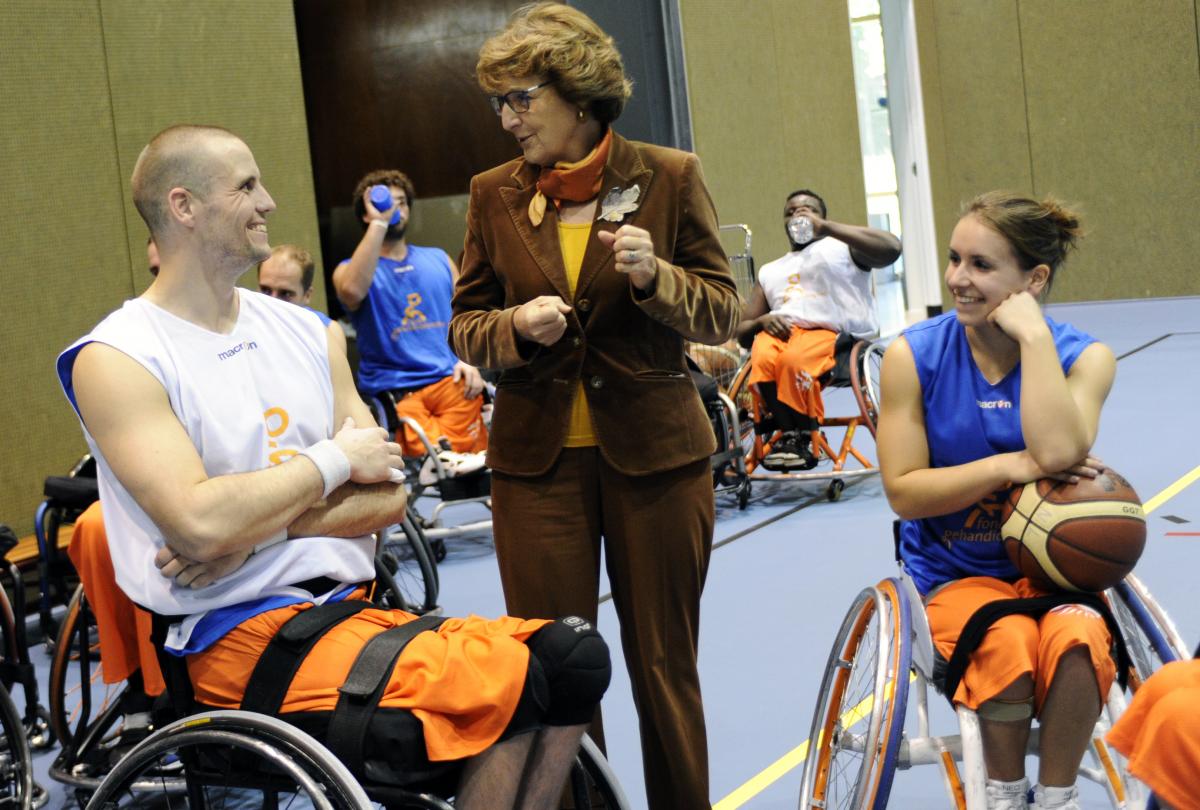 “We are very happy with the long-term commitment of the Princess to Paralympic sport."

Her Royal Highness Princess Margriet of the Netherlands paid a visit to National Sports Centre Papendal this week to meet Dutch athletes who are preparing for the Sochi 2014 Paralympic Winter Games and other Dutch Paralympians.

“We are very happy with the long-term commitment of the Princess to Paralympic sport,” said Cats. “This connection leads back to the Paralympic Games of 1980 here at Papendal. Her close interest is very much appreciated by our athletes. During the last Games, the Princess and her husband Pieter van Vollenhoven were present in London, where they celebrated the many successes of Paralympic TeamNL with us.”

During lunch, where President of NPC Netherlands Wim Ludeke was also present, Princess Margriet took the time to get to know the Dutch alpine skiers, snowboarders and the coaches, who were together at Papendal. After the lunch, the Princess attended part of a training session of the Dutch wheelchair basketball team.