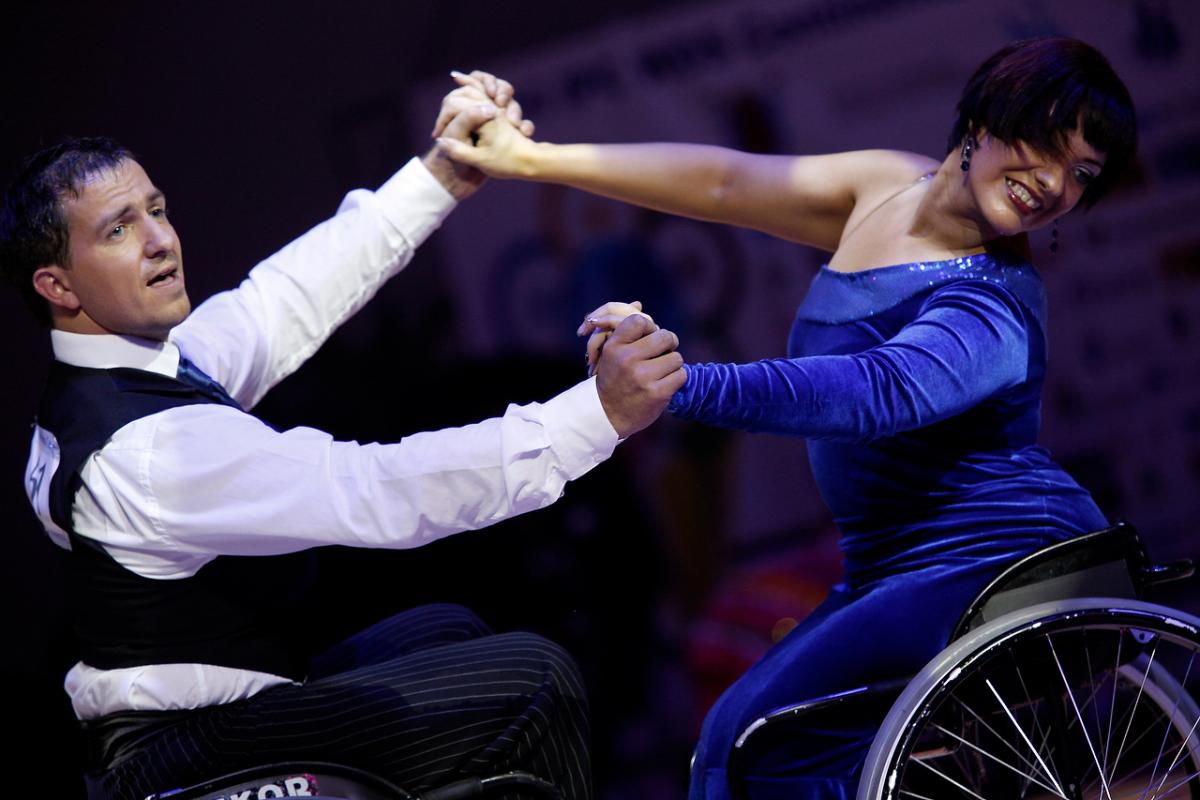 "The hosts enjoyed countless success in the competition, with Irina Gordeeva and Dmitry Torgunakov kicking off the gold rush"

The hosts enjoyed countless success in the competition, with Irina Gordeeva and Dmitry Torgunakov kicking off the gold rush with victory in the duo standard 2, ahead of fellow Russian pairing Alexandra Berdnik and Sergey Antanov. Bronze went to Korea’s Moonjung Choi and Jonchul Choi.

Sedakov did claim gold in his next event however, the single men’s conventional, beating Germany’s Erik Machens to an individual title, with another bronze going to Korea’s J. Choi.

The competitions were starting to follow a similar pattern, with Russia’s Tatiana Skvortsova and Stanislav Sheshukov ensuring more success in the combi standard 2, ahead of compatriots Irina Gordeeva and Alexander Lyngom and Korea’s M. Choi and Junyoung Park.

In a break from the Russian dominance, Slovakia’s Helena Kasicka and Peter Vidasic took victory in the combi standard 1 ahead of Korea’s Hyejeong Jung and Jaewon Lee and Russia’s Anastasia Vasilenko and Kirill Kiryukhantsev.

But in the single ladies, it was a clean sweep for the Russians as Ryzhkova beat Berdnik and Nursina Galieva.

Berdnik then tasted success when her and partner Antonov beat Korea’s M. Choi and J. Choi and compatriots Galieva and Evgeny Gusev in the duo latin 2+4.

Lastly, there was a final gold for Russia in the ladies equivalent, with Galina Ryzhkova taking the victory ahead of Mexico’s Guilhermina Hernandez and her compatriot Anna Peshkova.