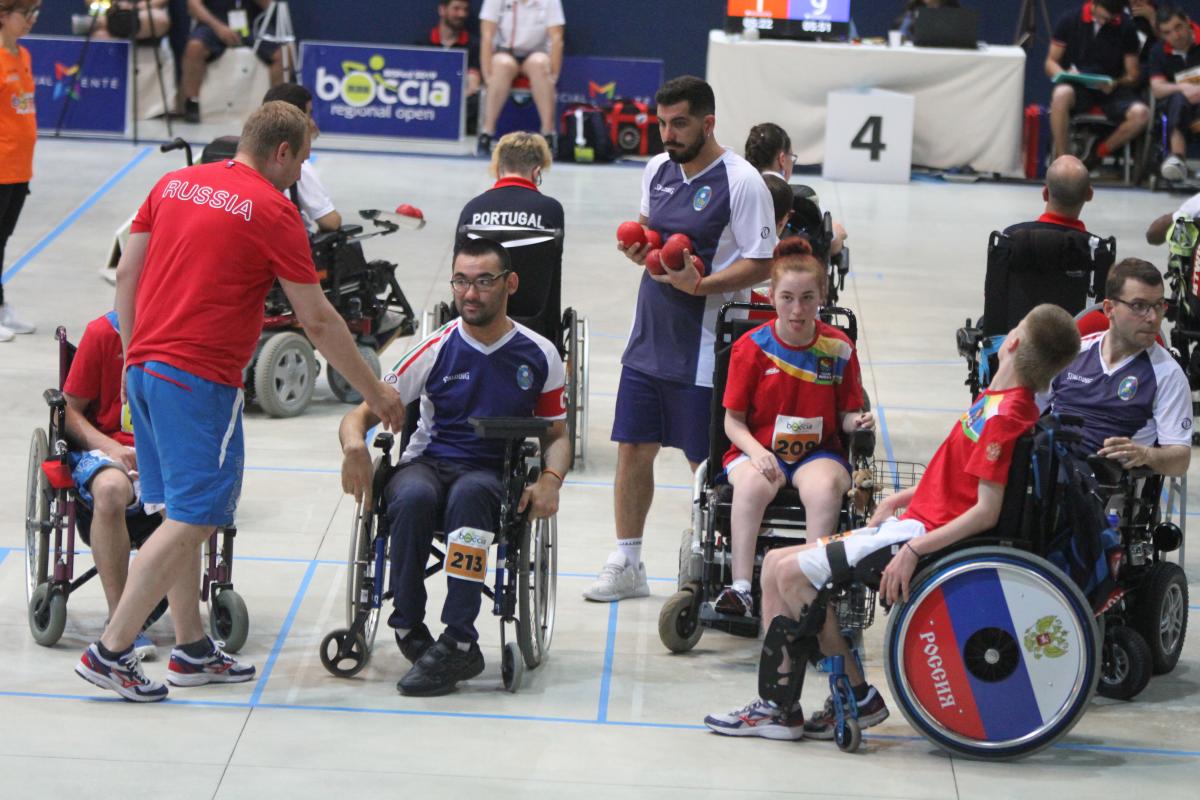 Russian athletes finished top of the 2019 Olbia Boccia Regional Open in Italy after winning three golds and one bronze across individual, pairs and team events over four days of competition.

Dmitry Kozmin was the star of the event as he claimed two titles. He first secured the individual BC2 title ahead of Israel’s Nadav Levi and Netherlands’ Bernd Meints, before going on to join forces with Mikhail Gutnik and Diana Tsyplina to win the team BC1/BC3 competition.

The third Russian gold was claimed by Sergey Safin and Ivan Frolov in the pairs BC4. Germany’s Nicolai Boris, Bastian Keller and Anita Raguwaran, and Portugal’s Manuel Cruz, Nuno Guerreiro and Carla Oliveira followed them into the podium.

Boris still left Italy with a gold medal as he topped the podium in the individual BC4. Oliveira and Ukraine’s Artem Kolinko completed the top three.

Swedish player Christoffer Hagdahl climbed onto the first step of the podium in the individual BC3. France’s Samir Van der Beken and Portugal’s Jose Macedo finished second and third, respectively.