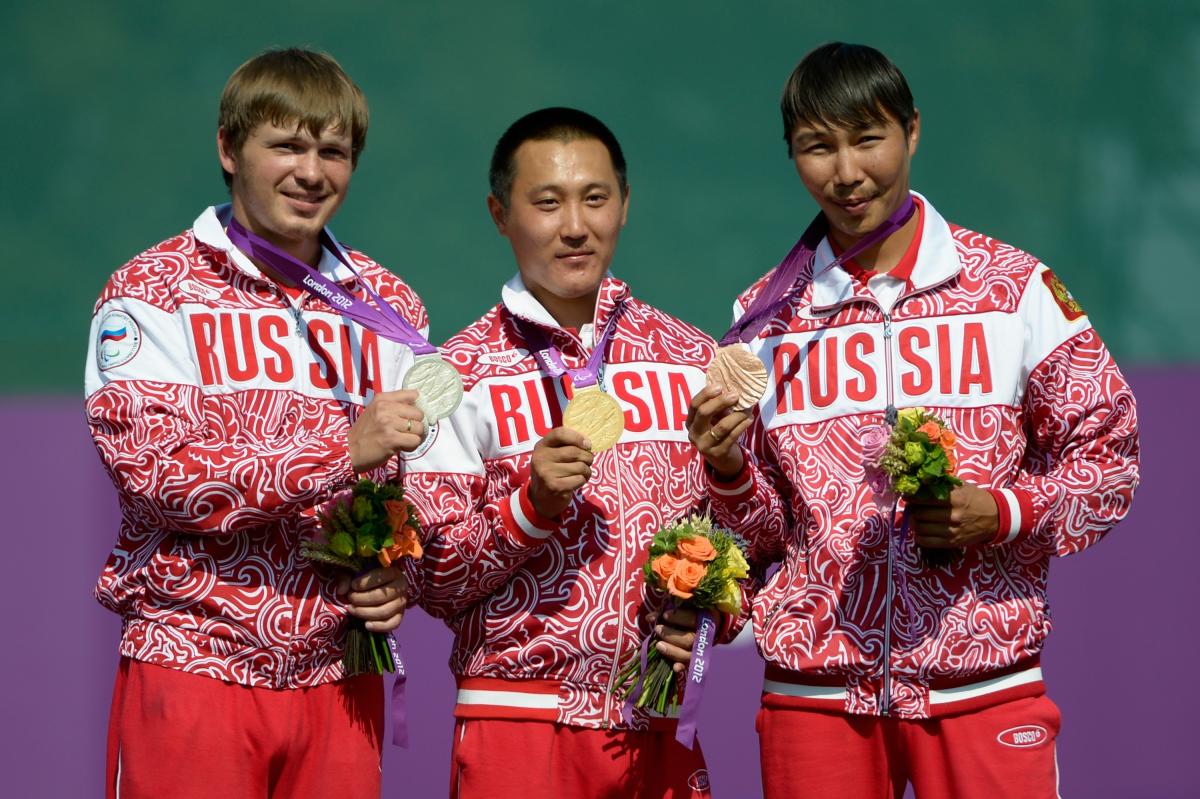 “I was actually calm. It's my teammate, it's not the first time that we have competed against each other."

Tuchinov beat his fellow countryman Oleg Shestakov 7-3 to take the gold and Mikhail Oyun won bronze as he was victorious in his match over Eric Bennett of the USA, winning 6-0.

Tuchinov was not fazed by the prospect of facing his teammate Shestakov in the final.

“I was actually calm,” he said. “It's my teammate, it's not the first time that we have competed against each other.

“We have competed in various championships, playing with a teammate in the final is actually more calming."

In the men’s individual compound W1 competition, an impressive performance from the USA’s Jeff Fabry won him gold as he comfortably beat the Beijing 2008 gold medal winner David Drahoninsky 6-2.

Canada’s Norbert Murphy dominated in the bronze medal match, as he won 7-1 against Finland’s Osmo Kinnunen.

Czech Republic’s Drahoninsky commented that he has already set his sights on regaining the gold at the 2016 Paralympic Games in Rio.

He said: “This time I have let Jeff have his gold, he deserves it - he shot better than me in the final,” he said.

“But it is only on loan, who knows what will happen in four years' time.”

The favourite to win the men’s individual compound open class, Matt Stutzman, had to settle for silver, as Jere Forsberg of Finland beat him 6-4 to claim the gold medal.

Turkey’s Dogan Hanci picked up the bronze medal, as he was victorious against Guillermo Rodriguez Gonzalez of Spain in a match that finished 7-3.

Hanci was overjoyed that he fulfilled his aim to win a medal.

“I did what I said I would do, for me and my country and my flag, a medal was very important,” he said.

“I'm going to be up on the podium so everything is great."

In the mens’ individual recurve W1/W2, Italy’s Oscar de Pellegrin came out of a tight 6-5 match against Malaysia’s Hasihin Sanawi to win gold.

Taipei’s Lung Hui Tseng was dominant in the bronze medal match against Ebrahim Ranjbarkivaj of Iran, which ended 7-3.