Sailors take to the water at Portland Harbour

Eighty athletes are expected to compete over the three classes: 2.4mR, SKUD18 and Sonar. 01 Sep 2012
Imagen 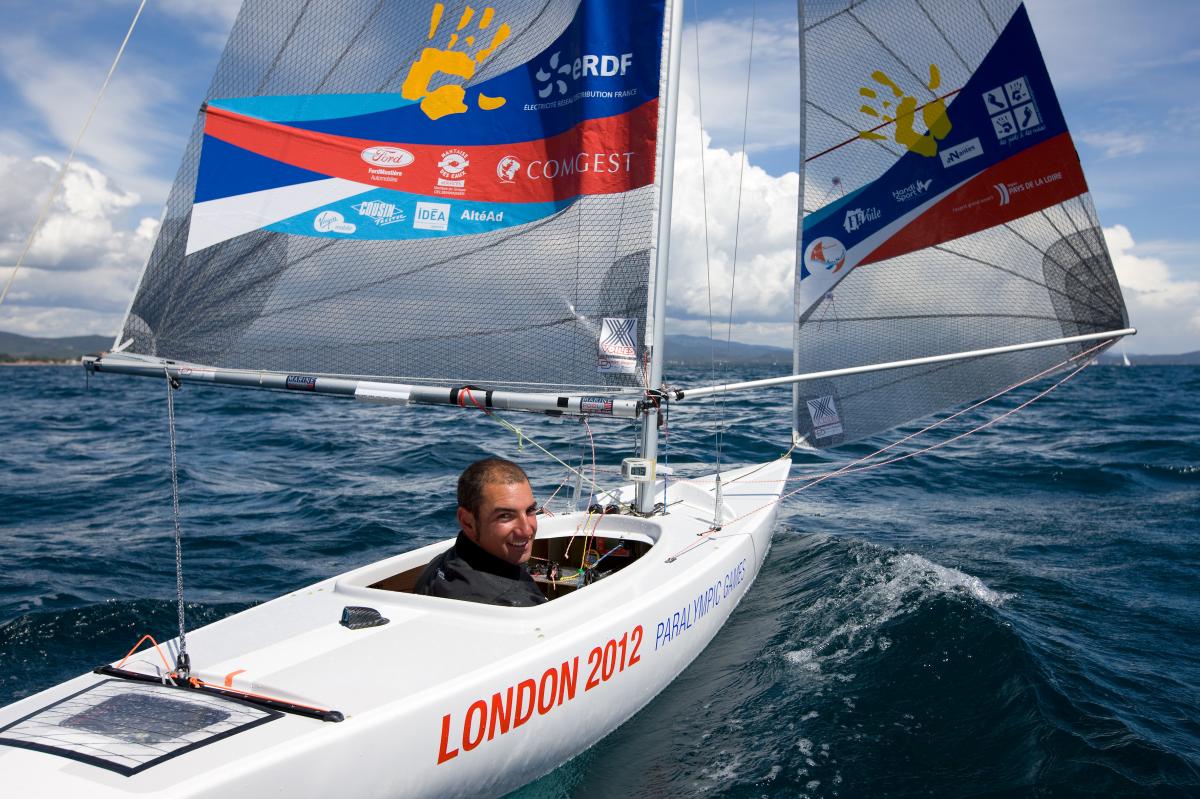 Damien Seguin, a Paralympic champion in Sailing, was France's flagbearer at London 2012.

“At the Paralympics, anything could happen, so we’ve just to concentrate really on what we do and try to forget everyone else, at least until about mid-week and see what the scoreboard’s doing at that point.”

Competitors will have a westerly 10-15 knot breeze to contend with at the start of the day, before it gradually goes to the southwest throughout the afternoon with fresher conditions.

The 2.4mR class, also known as the single-person keelboat, will see Athens gold medallist Damien Seguin, from France, try to reclaim the gold medal, after having to settle for silver in Beijing 2008.

The French flag bearer is expected to come out on top at the end of the five-day competition, after winning the 2012 IFDS World Championships and is fully prepared for windy weather conditions.

He said: “It’s not a problem, everybody knows that we expect some winds, and everybody is ready for that.”

In the SKUD-18 event, Great Britain duo, Alexandra Rickham (helm) and Niki Birrell (crew), will look to replicate the same form that has resulted in them winning four consecutive world titles.

Alexandra believes it is key to focus on their own performance and not that of their rivals.

She said: “At the Paralympics, anything could happen, so we’ve just to concentrate really on what we do and try to forget everyone else, at least until about mid-week and see what the scoreboard’s doing at that point.”

As for the Sonar class, the Norwegian team comes into the race as one of the ones to watch, after finishing in first place at the 2012 IFDS World Championships. The team consists of Aleksander Wang-Hanse, Marie Solberg and Per Eugen Kristianse.

President of the International Disabled Sailing Federation (IFDS) Linda Merkel, is eagerly anticipating the moment the boats hit the water.

She said: “Once you get on the water, the wheelchairs are on the dock and you cannot tell the difference between Paralympic and able-bodied sailors.

“To me that it is the real beauty of the sport, we’re all just sailors.”

On the Sonar course at the 2012 Clagett, reigning world champions Aleksander Wang-Hansen, Per Eugen Kristianson and Marie Solberg (Norway) lead the standings.